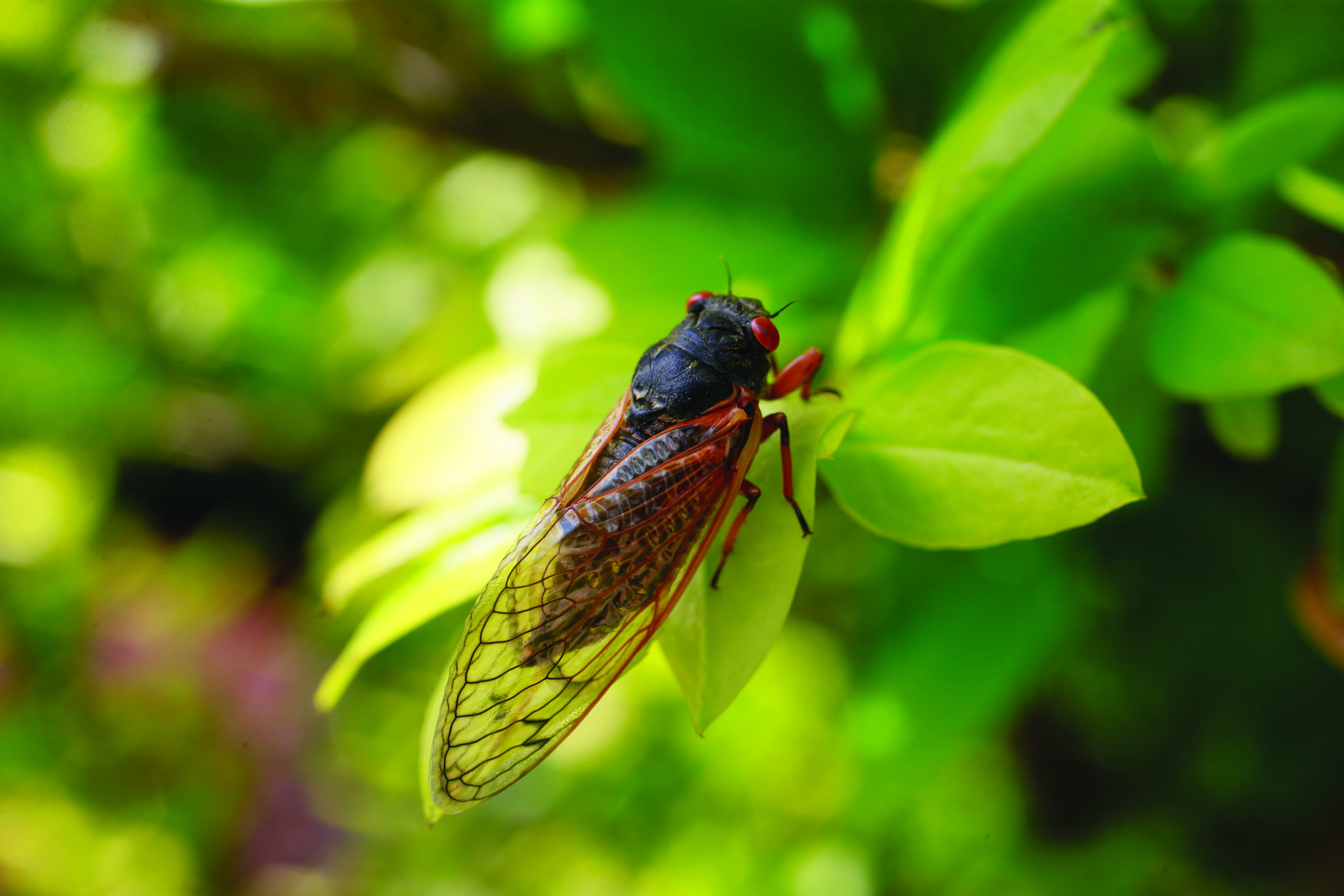 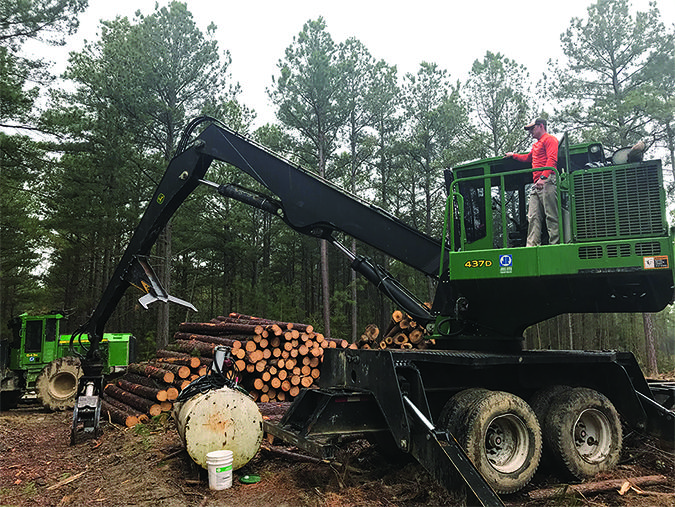 Kevin Johnson Jr., a Southern Maryland logger, harvests trees from a site in Indian Head on March 31. Forestland across the region will be swarmed with cicadas next month after they emerge from the ground to mate and deposit eggs on the branches of shrubs and trees. The University of Maryland Extension is advising horticulturists and foresters to consider delaying planting of smaller trees until the fall, after the insects are gone. (Photo by Jonathan Cribbs)

Horticulturists may want to take precautions before a massive cicada brood emerges from the ground and invades the region next month, a University of Maryland Extension agent said last week.

The periodical cicadas, which leave the ground every 17 years, are relatively harmless, though females can burrow into the branches of young trees and shrubs to deposit eggs, damaging and even killing them, said Stanton Gill, a horticulture expert, during a virtual seminar held by the Extension on March 31.

“When they come out of the ground, it’s almost a little spooky. People are going to be freaked out by these things,” he said. “But it’s kind of beautiful to an entomologist.”

This year’s cicadas, known as Brood X, are one of a series of active broods stretching from the East Coast to the Midwest, all with different years of emergence. Brood X cicadas will appear across much of the Delmarva region, excluding a large chunk of Southern Maryland. The cicadas also inhabit a large chunk of south-central Pennsylvania. Large parts of the Eastern Shore may avoid much of the activity due to its inhospitably sandy soils, Gill said.

Large, developed trees may be superficially damaged after the females target small branches, causing them to snap or hang down. The trees themselves will typically shear off those branches and replace them, Gill said.

But horticulturists may want to take measures to protect smaller, more vulnerable trees, he said. Cicadas lay eggs on more than 200 types of trees, though some are more susceptible to damage, including oaks, maples, cherry and other fruit trees, hawthorns, redbuds and chestnuts. Evergreens are typically spared. He suggested waiting to plant chestnut trees, along with others, until the fall.

“It could kill the trunks on those things,” he said. “It turns out cicadas love chestnut trees.”

Netting may also be useful for smaller, valuable trees. Insect netting sold in garden centers with openings ranging from 0.25 inches to 0.4 inches (0.6 centimeters to 1 centimeter) prevent injury, according to the Extension. Tulle is also a fabric that can be draped over small or newly planted trees and shrubs, he said. The fabric must be held down with stones or pins or some other kind of weight from the time the cicadas emerge until they are gone six to eight weeks later.

There is no need to apply insecticide or anything else to the insects, Gill said. You can’t stop cicadas, and, more likely, you will harm beneficial insects.

“It’d be like trying to stop the waves of the ocean with your hands,” he said.

After cicada-nymph eggs hatch, the nymphs crawl or fall to the ground and begin digging. They burrow several feet below the surface where they feed on the sap of tree roots and remain there for nearly 17 years (or 13, depending on the brood). They emerge at the same time, it is assumed, to overwhelm potential predators, and the timing of their emergence may be set to avoid predators’ population booms as well, Gill said.

The nymphs emerge from the soil sometime in May, depending on the weather, typically leaving large holes in the ground that look like they could be the product of larger animals such as moles. The nymphs molt into adults and move or fly into nearby shrubs and trees. The cicadas mate and the females deposit the eggs, which hatch in about six weeks. Then the 17-year cycle begins again.

Due to their large numbers, people may see the cicadas on herbaceous plants, Gill said.

Cicadas are “really going for the hardwood,” he said. “People are going to see them on a lot of plant material, but it’s not really a problem.”

Adult periodical cicadas have black bodies, reddish-brown eyes and orange veins on their wings. They’re harmless to people and animals, though animals should be discouraged from eating them in large quantities, according to the Extension.