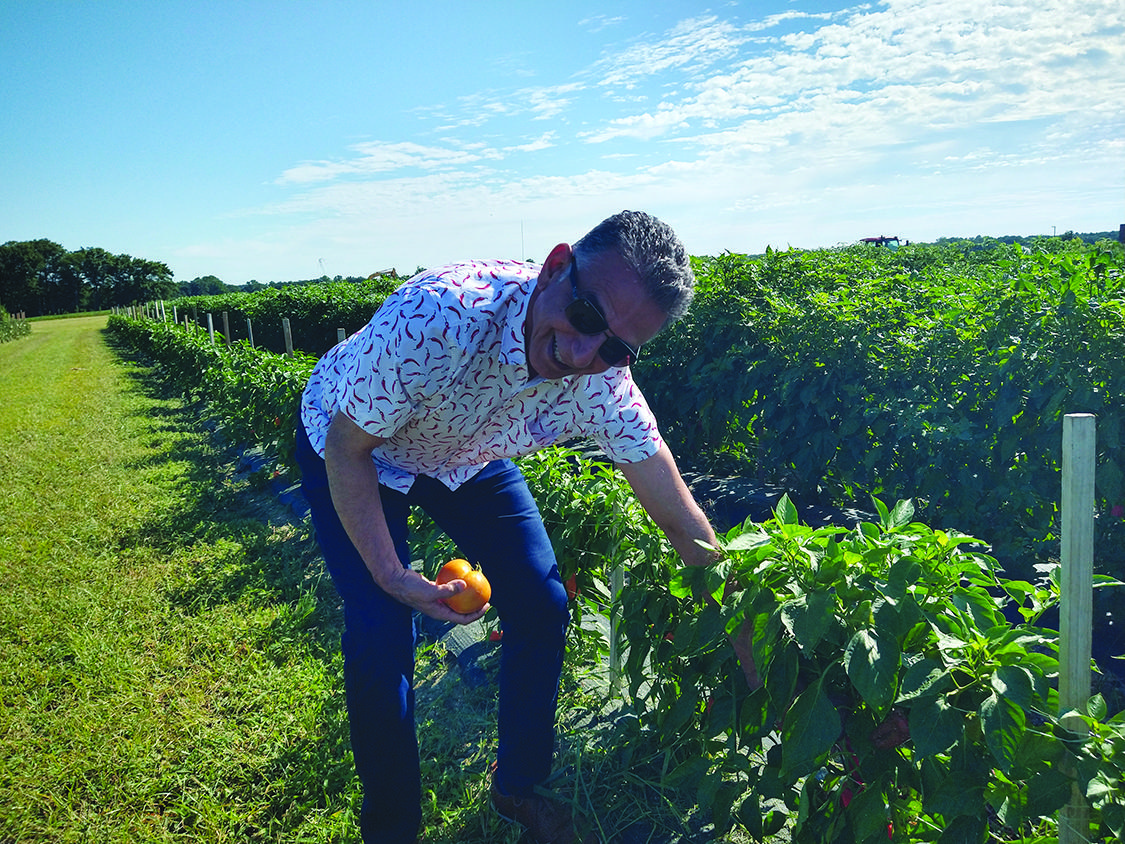 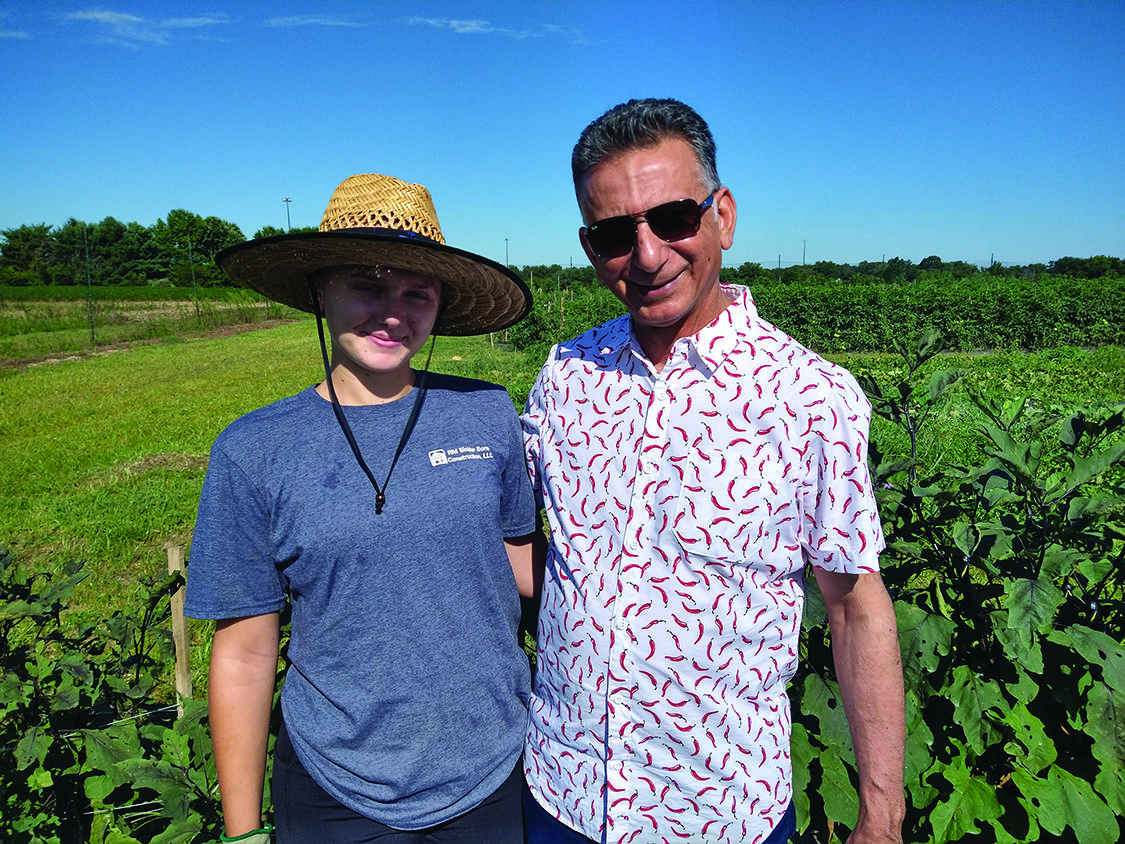 GLASSBORO — Dr. Ali Houshmand, Rowan University’s energetic presiden,t and others on his team have worked to expand what once was his field of peppers to a much larger growing field of 1 1/2 acres that includes a wide range of vegetables and some small fruits.
“The idea was to create a situation where kids can start appreciating what farming is all about, what it takes to grow food,” Houshmand said during a morning visit to the Rowan University farm.
“You see the kids are here and they’re helping me to pick, but the second idea was to find and create an opportunity for Rowan University to become more involved with food production as a major, more than agriculture, because the world is going to have a serious problem feeding ourselves, especially if you look at what’s going on in the southern hemisphere,” he said.
Currently, the world faces a situation “where there is less water, less tillable land, less machinery and equipment and the population is growing very fast, so we need to figure out what is the best way the new modern agriculture can help this situation,” he added.
By new modern agriculture, Houshmand said, “I mean use a minimum amount of resources to create the maximum amount of yields.”
He pointed to some bull dozers nearby, clearing and flattening some soil to build a 10,000-square foot greenhouse that will sit beside the farm, so crops can be grown year-round at the university, which has nearly 20,000 students.
The new Rowan greenhouse is expected to be ready this winter, Houshmand said.
“This one is being built extra-sturdy, so that it can withstand almost any amount of high winds,” he noted with pride.
Houshmand was quick to credit James Rambo, an area farmer, who has been appointed as Rowan’s farm manager.
On Fridays, he and his volunteer teams of students pack up boxes of produce for area food banks, including PhilAbundance, while others go to Boys and Girls’ Clubs in Camden.
“And sometimes, I put boxes of vegetables out on tables at the campus so students, faculty and staff can come and pick them up,” he said, gesturing toward rows of squash, peppers and tomatoes, all doing well on this irrigated farm.
“Four years ago, it was just peppers but once the pandemic came, it really caused a lot of problems; all of a sudden, people didn’t have access to food, and now gas prices have gone up, so a lot of people are suffering. I think if you can reduce their grocery bills by $30 or $40, that’s a great thing to do.”
By late summer, Houshmand was ready for the fall season and his annual production of hot sauce, and in the past he has worked in collaboration with the massive Rutgers Food Innovation Center in nearby Bridgeton.
“We have about 4,000 pounds of frozen peppers ready for production of hot sauces,” he said. Houshmand’s three varieties of hot sauce – Ali’s Nasty, Nastylicious and Nasty Vicious have been credited in The New Yorker magazine and he has built an international audience for his charity hot sauce in the crowded $5 billion worldwide hot sauce market.
Proceeds from the sales of his signature hot sauce go to pay tuition and housing bills for needy Rowan University students.
Houshmand’s obsession with hot sauce began when he was in graduate school in Ohio, when he began making hot sauce for friends.
“It’s actually a relaxing thing for me to do,” Houshmand said, “but at the same time, it’s actually a business for the students so they can learn with it, the entire supply chain can be explained here to these kids, from the moment I put the seeds together to the growing of the crop to the distribution and delivery.”
Like the Rowan farm, Houshmand said the purpose of the hot sauce is not to make money, but rather to support kids so they can get through college.
“Malcolm Gladwell, who writes for The New Yorker, raved about my hot sauces, so now I’ve had people from all over the world ordering these hot sauces.”