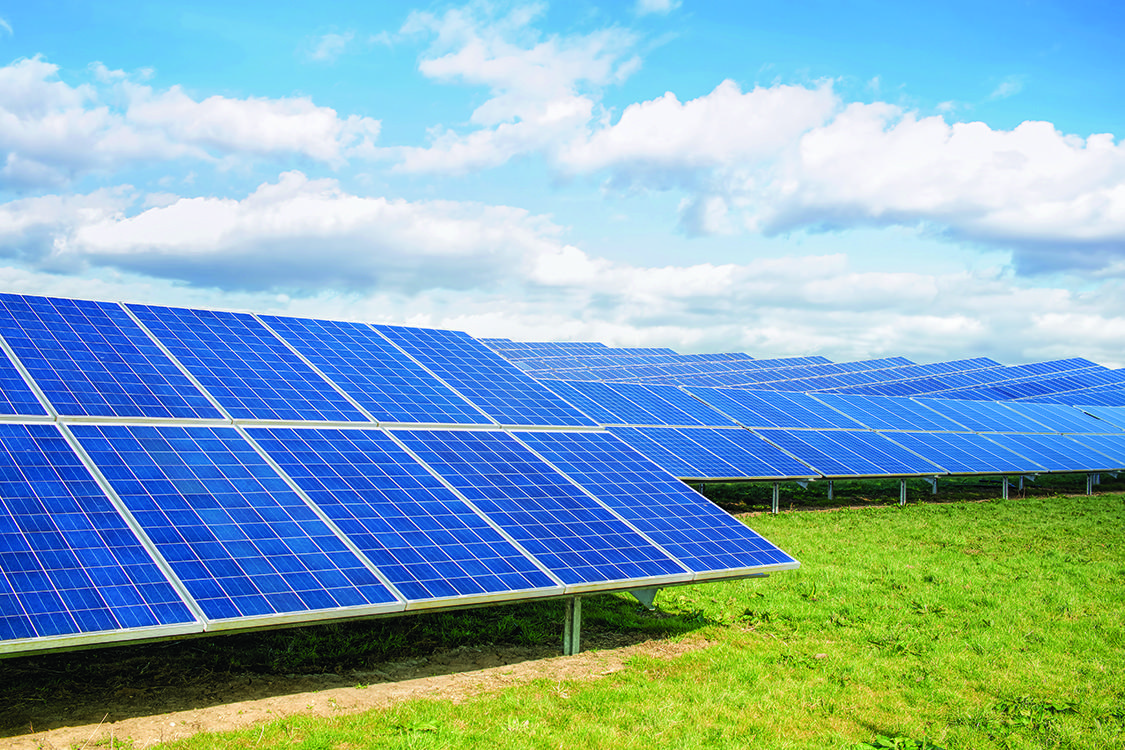 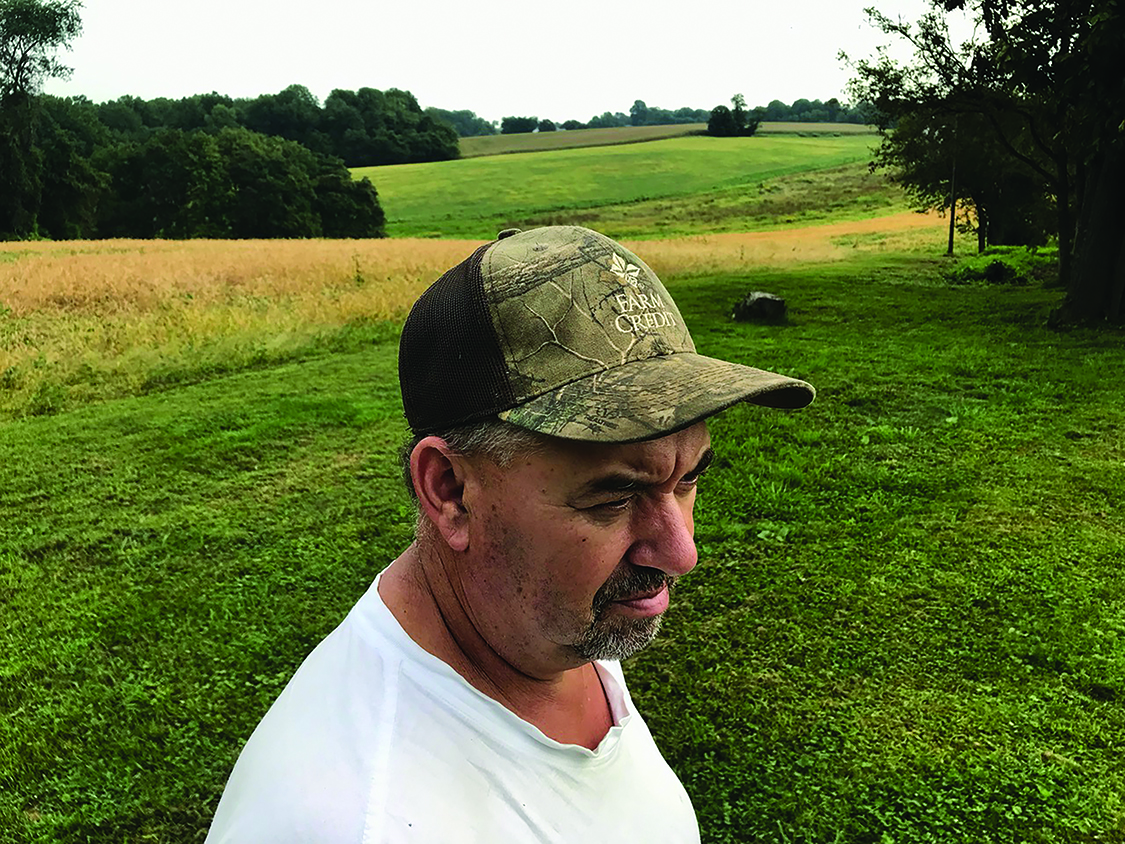 Ricky Bauer, owner of Rural Rhythm Farm in Dayton, Md., is part of a new Howard County solar-paneling program. The panels, which rest 6 feet above the ground, would be built on 10 acres, including land, pictured above, behind Bauer. Rural Rhythm is one of three farms the county has chosen to meet its goal of taking half of its energy needs renewable sources. (Photo by Jonathan Cribbs)

DAYTON, Md. — In a sea of shifting commodity prices, Ricky Bauer appreciates anything that offers stability.

Soon it could be the sun.

About 10 acres of Bauer’s Rural Rhythm Farm, which produces grain and livestock, is slated to host solar paneling as part of a Howard County program to boost the amount of energy its government gleans from sustainable sources. Solar panel arrays on three county farms will produce most of that energy.

The program, announced last month, includes 11 solar panel sites across the county that together will generate 44 million kilowatt-hours a year, covering half of the county government’s usage — equivalent to taking nearly 6,800 cars off the road.

For Bauer, however, it eliminates some of the anxiety of farming in an increasingly urbanized county whose residents occasionally find themselves at odds with agriculture. It will also help Bauer pay off a recent 50-acre expansion of his operation.

“It’s hard to buy ground in Howard County and make money at farming,” he said last week. “There just isn’t enough money to do it.”

The county’s ambitious solar plan, which will put paneling on county sites including parking lots, libraries and buildings, could begin construction this fall, said Josh Feldmark, the county’s director of community sustainability. The project comes at a moment when the state is pushing to drastically reduce dependence on fossil fuels.

In 2019, Maryland added a goal to its renewable energy portfolio standard that requires half of the state’s electricity retail sales to come from renewables, such as wind and solar, by 2030. Electricity suppliers already had to meet a deadline last year to obtain at least 20% of their power from renewable sources.

“That’s certainly a big part of the motivation” for Howard County’s project, Feldmark said. “It was about the broader climate-change fight. It was about diversifying our energy portfolio.”

Farmers should expect entreaties from local government and energy providers to meet those standards. A state task force on renewable energy last year said between 7,766 and 33,033 acres of farmland will need to be covered in paneling to meet the state’s solar needs — or 0.7% to almost 3% of the state’s prime farmland.

That may require local governments to loosen zoning restrictions. In May, the Howard County Council passed new regulations that would allow solar paneling in all county zones, including agriculturally preserved land. But it also restricts projects on that ag land and requires paneling to accommodate agricultural activity such as pollinator or native grass habitats or pasture for livestock.

CI Renewables, a New Jersey company, is overseeing it all. The company is signing 25-year leases with farm owners and will install the paneling at no cost to the county, to which it will eventually sell the energy. The electricity will be moved through Baltimore Gas & Electric.

The company’s solar paneling is elevated 6 feet above the ground, allowing for some agricultural activity to continue beneath. Bauer, for instance, said his farm may graze sheep there.

Not everyone’s happy about it, however. Some neighboring residents have protested the project and appealed the county’s inclusion of Bauer’s farm — and only his — in the solar program because, Bauer believes, it disturbs their pastoral view. Ironically, the paneling, to be erected on the farm’s recently purchased parcel, would be in the same location as the site of a former dispute between farmers and local residents. Bauer purchased the parcel from Bob Orndorff, who sought in 2014 to establish a wood-mulching business on the land, sparking a years-long dispute between the farming community, which supported the project, and residents who said it wasn’t an appropriate agricultural activity. Orndorff eventually abandoned his plans and sold the land.

During that dispute, the county wasn’t as supportive of Orndorff as Bauer would have liked. But now the county is a beneficiary of a proposed project, and Bauer said he’s confident the solar paneling will ultimately be approved. The county itself is “cautiously optimistic”, Feldmark said.

“It’s important to sort of keep the character of the farm,” he said. “But moving forward we need to look for ways for there to be multiple land uses (on available land).”

Because county farmers own hundreds of acres, residents often make false assumptions about them and the profitability of their business, Bauer said. But if agriculture is to continue in populous counties such as Howard, farms will need to be increasingly — and creatively — diversified, he said.

“They think we’re rich, only seeing that we’re land rich. They don’t consider the debts and the problems that go along with that,” he said. “Yeah, we could sell the farm and probably make some money. Do we want to? No.”