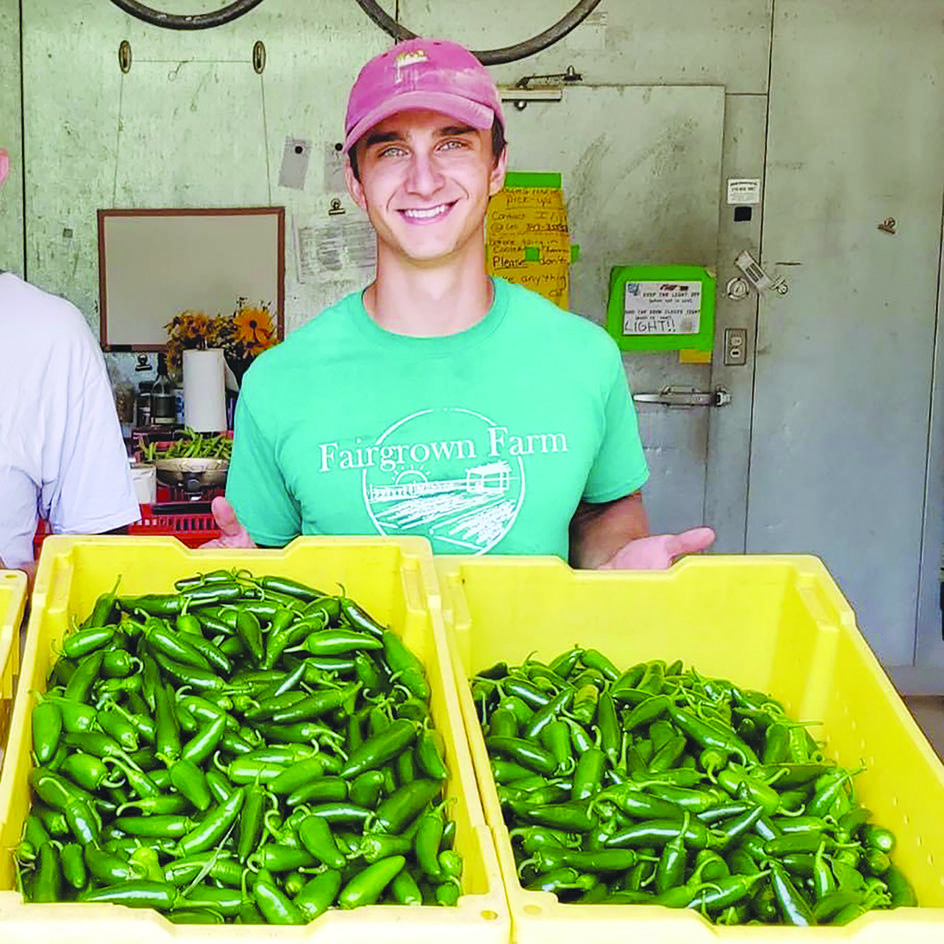 HOPEWELL — All it took was a vision and a leap.
And just a half of an acre.
In 2016, Alex Klett was renting a cow barn in Montgomery to be used as a carpentry studio. The barn was on the non-operational, 40-acre, River Road-located Campbell-Vandervere Farm. “And the year that I was there,” says James Klett, his brother, “the owners decided that they kind of wanted to try their hand at vegetable production. They ploughed a one-acre field, and they were going to try to plant some vegetables.” He, however, had another idea. “And so, as a stupid 17-year-old kid, I kind of looked at that field just ploughed, kind of seeming like a blank slate-like, raw opportunity, and I thought. ‘I could do that, I could get into vegetable farming.’”
With no family farming history, Klett had entered unchartered waters, but he snatched one half of that acre and made a tiny farm work.
“I basically made a business plan, I convinced my five closest friends to join me with it, and we just kind of started farming, and we named it River Road Gardens.”
“We’re in our third season and I’m 22-years-old, so I’m probably one of the younger farmers,” says James of Hopewell’s Fairgrown Farm, the Klett brothers’ current ag venture. “I kind of handle crop production and sales, and he (Alex) handles infrastructure and repairs and machines and all that stuff.”
James started with heirloom tomatoes at River Road Gardens, but also over time grew cucumbers, squash, lettuce, and also started a 10-week delivery program to some Montgomery residents. It was a foresight to the future. “Even in my first year of farming I was going off a delivery model. When we started Fairgrown Farm in Hopewell, it made sense for us to continue with that model, something we knew how to do and that we were kind of good at doing.”
2019 was the first growing season, and then COVID-19 hit, and it meant expansion for the delivery service.
The Klett family has a history in Hopewell that goes back over a couple of hundred years, and the family owned a home in the township since 1962.
James and his brother headed there to live and found an 8-acre farm for rent just five miles away. “The property had never been farmed before,” states the younger Klett brother. “It had never been used as cropland; it was pasture.” In fact, two cows grazed on the land. “The grass was all four feet high, it was filled with bushes, and there was just a lot of prep work. We mowed everything down, ploughed brand new fields, and kind of built that farm from scratch.”
Although not USDA Certified Organic, the Kletts said they follow its principals. “I would say first generation farmers — so they’re 20 something and they’re gotten into agriculture, not from a family business — you’ll probably find that almost all of them are either organic, or at least sustainable to some extent,” says James.
The Kletts also founded and run the Hopewell Farmers’ Market, which is open from 9 a.m. to 2 p.m. on Sundays. And the backbone of Fairgrown Farm — along with the tomatoes, broccoli, cucumbers, eggplant, kale, lettuce, and much more — is still the delivery program. James provides an update on its progress. “This year I think we had around 100 to 110 delivery members. We were able to build that program a lot when COVID happened; there were a lot people looking for delivery shares.
Delivery is, for us, the most realistic business model, the most profitable business model. Over the next couple of years, we’re really planning on expanding that delivery program a lot.”
James Klett, who attended Rutgers University for Business but minored in Agriculture when fueled by his first farming venture, occasionally takes melancholy drives by River Road Gardens, which is no longer maintained. “I put up the pretty low-quality fence because I worked out a deal with the family that we were going to put up this one-year temporary fence.” He was asked to leave it up after he left. “Now, 6 years later, there’s still a little half acre lot, and it’s got a falling over fence and it’s all overgrown with weeds.”
It was a humble beginning for the young farmer, but a fond one.