In aftermath of father’s 2020 death, Va. grower takes over his family’s produce farm 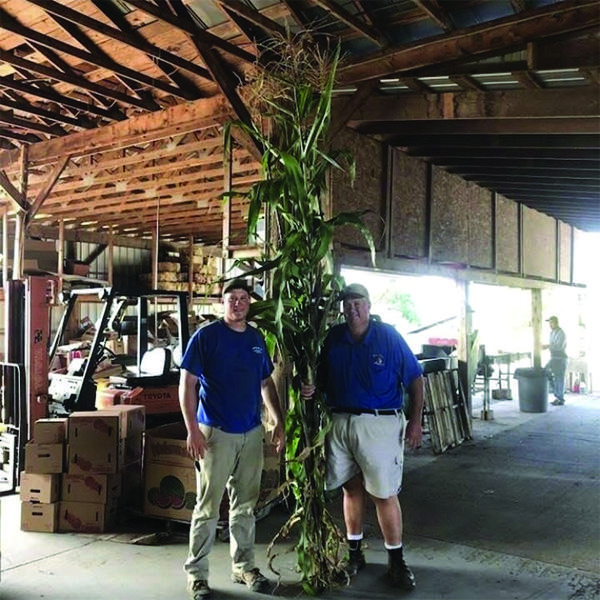 Trey Reese, left, and his father, Jay Reese, worked together full time at their family’s Reese Farms for a year before Jay died in 2020. (Photo courtesy Reese Farms)

SCOTTSBURG, Va. — For Trey Reese, the time had come, as he said, “to just doing it.”
His father, Julius Hudson “Jay” Reese Jr., died suddenly in February 2020 at age 56.
“He felt bad one day,” Trey said. “He spent 10 days in the hospital and then came home. Five days later, he passed.”
The tragedy hit the family hard.
Trey Reese was now faced with running the family’s Reese Farms in Scottsburg. The farm includes about 400 acres, about half of it owned by the family and the other half leased.
Peppers, cabbage, melons and cucumbers are just a few of the vegetables grown by Reese Farms that are in demand in the region.
“My dad allowed me to participate in much of the farm operations,” Trey said. “I enjoyed working with my dad. We worked well together. We’d spend a lot of time together in November and December each year as we planned for the coming year. We’d put together the plant schedules and dates for planting.”
Trey is a 2014 graduate of West Virginia University. There, he earned a degree in forestry and for five years, he worked outside the family farm.
“After graduation, I wasn’t sure if I wanted to work on the farm,” he said. “But in 2019, I quit my job to return to work with my family on the farm. I wanted the farm to do well and felt my education would help the family.”
During the past two years, Trey said he “had to get better at everything – buying and selling. I had to get to know all of the contacts developed by my father. We already had the trust. I just needed to build on those relationships.”
Trey said he was well-versed in some aspects of the farm operations, but there were other operational details that he had to learn fast.
“It wasn’t the first time that I had to decide whether to buy 30,000 tomato seeds versus 40,000 tomato seeds,” he said. “But there were other items that I needed to learn.”
“Because we had most things planned in late 2019, we were in good shape in early 2020,” Trey said. “We were blessed that things went smoothly at that time. It didn’t hurt that people were scrambling for all types of food products because of the COVID-19 Pandemic during 2020.”
“From 2020 to 2021, we didn’t change much,” Trey said. “We made a number of changes for 2022. For example, we added more acres of certain crops that were in demand.”
He said the farm trimmed the number of acres devoted to watermelons from about 60 acres to 35 acres.
“We tried to tailor the crop more to our market,” Trey said.
“Overall, 2021 was not as good a year as some earlier years,” Trey said. “But you learn more in a bad year than during a good year. It’s much better now in 2022.”
Sales have shifted in recent years. He explained that sales through Wood’s Produce Company, a distributor in the region, have continued to grow in importance to Reese Farms.
“In year’s past, we’d have about one-third of our sales going through Woods Produce and about two-thirds of our sales going to local farmstands,” Trey said. “Now, it’s reversed: About two-thirds going through Woods Produce and about one-third to local farmstands.”
Trey credits his mother, Rosemary Reese, with helping with the administrative functions at the family farm.
“She helps with paying the bills, handling the insurance, and other administrative aspects for the farm,” he said. “If she wasn’t here, we would have to hire someone else to handle these responsibilities.”
He also noted that his grandfather, Julius Hudson Reese, Sr., also helps. “He doesn’t get around as much as before,” Trey said, “but he still rides around the crops on the farm.”
After the past two years of learning and decision-making, Trey said he sees continued improvements for the farm in the coming years.
“We’ve improved results,” he said. “We’re aiming for even better quality by meeting trends and market demands in the years ahead.”