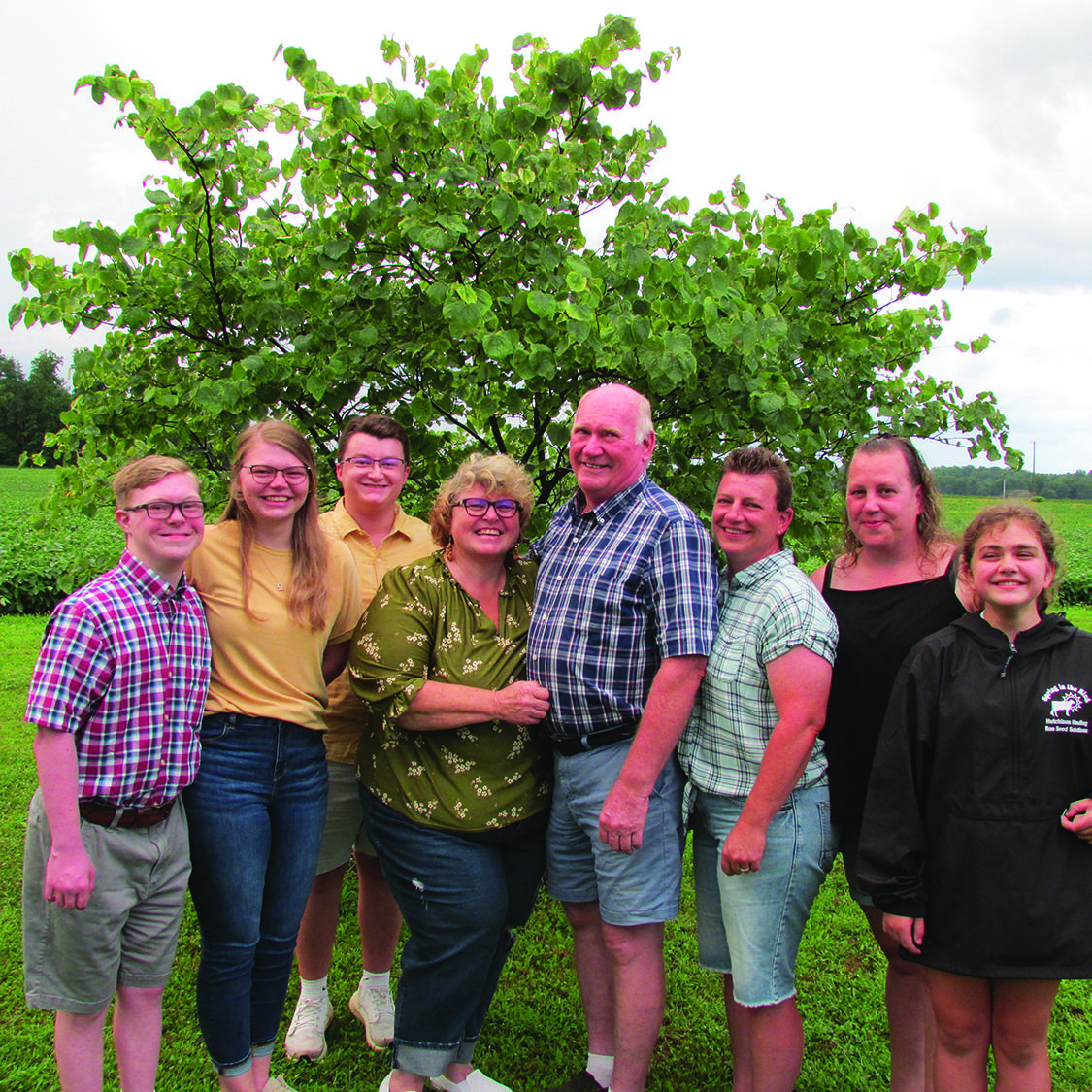 CENTREVILLE, Md. — Queen Anne’s County named the Tom and Rose Jackson Family as this year’s farm family of the year during the Queen Anne’s County Fair on Aug. 10
At the ceremony in the fairground’s main show ring, they were recognized by the Queen Anne’s County Commissioners, Congressman, Senators, Delegates, Secretary of Agriculture and the Governor’s office.
Tom and Rose and their children have a lifetime of farm experience and memories.
The Jackson family started farming in Queen Anne’s County in 1920, in Millington where Tom and Rose still live. Tom was sixth of seven children and the only one that chose to continue farming.
Tom’s father, Ralph Jackson purchased the farm in 1954. They raised cows, chickens and pigs with no electricity. Ralph had one tractor until Hurricane Hazel hit and the barn fell on top of the tractor.
Tom’s parents were named the Queen Anne’s County 2001 Farm Family of the Year.
Tom said he started helping with the cows by dumping milk in the bulk tank when he was 8 years old.
They farmed more than 500 acres in corn, soybeans, hay and sweet corn.
Growing sweet corn was a challenge especially in a wet year, Tom said. The sweet corn pickers could not get into the fields, so they would have prisoners come in and pick it by hand.
Tom worked off the farm for a while and then moved back in 1987 with 23 cows, ultimately growing the herd to 40 milk cows and 35 heifers and calves. His oldest daughter Melinda was born in 1978 and his second oldest daughter, Mandy, was born in 1980.
In 2000, Tom was working the night shift off the farm when his co-workers convinced him to answer a personal ad. It was through that ad he met his wife, Rose, on June 9, 2000. Their first date was at Howard Johnsons for dinner.
“I didn’t give her a chance to say no to dinner,” he said. On Dec. 31 that year they got married.
Rose grew up on a farm near Betterton in Kent County, Md., working with milking cows. Rose’s family originally came from Ireland to the United States.
Rose had two siblings that farmed about 400 acres. Her father was the caretaker outside Centreville where the Russian Embassy’s Country Retreat is now located.
Rose said her dad had a saying, “Take care of your family and your neighbors as your family.” One year the snow was extremely bad, he took his neighbor hay to feed his animals just because he thought it was the right thing to do.
Rose was very active in 4-H growing up showing beef and dairy cows, pigs and sheep.
She stayed very busy on the farm hunting and trapping with her dad and helped her mother polish silver. There was never any time to just do nothing, she said.
Tom’s oldest daughters, Mandy and Melinda, started helping on the farm at the ages of six and nine, feeding calves and handling “poop duty.” After learning the cows, they said they would feed either a half-scoop, one scoop or two scoops depending on the cow and what they were milking.
One of their favorite memories on the farm was their “poop fight.” It started out as throwing down bales of hay from the loft and then turned into hiding behind the bales as they slung manure at each other.
“We had so much fun trying to hit each other,” the daughters said.
Mandy recalled milking cows during a storm and lightning hit the barn, knocked the cows down, melted the electric box and blew the two transformers on the farm.
The girls always loved it when their Grandmom, Anna, would make homemade donuts. “She made the best donuts, sweet tea and strawberry shortcakes,” Melinda said. Melinda also remembers going into her grandmom’s house and started eating what she thought was scrambled eggs only to discover it was pig brains. She said she wasn’t too happy about that discovery.
Rose’s son, George, was 14 years old when she married Tom. He lived with them until he was old enough to sign up for the Army, serving eight years.
In 2002, Tom and Rose had their daughter, Julia, while Tom’s parents were still living on the farm. Two years later their son Andrew was born.
Tom has been very active serving in agricultural organizations over the years. He served on the 4-H Park Board, was co-chairman of the 4-H swine show, Dairy Herd Improvement Association board, FFA vice-president, Farm Bureau board member, Farm Bureau county president and state director, Queen Anne’s County Planning Commission and the Sudlersville Ruritan. Rose also dedicated 12 years to the Farm Bureau women’s committee as well as being a full-time nurse.
All of the kids have been involved with working on the farm and participating in 4-H showing pigs, goats, dairy steers and rabbits. Julia remembers driving the tractor at six years old and she said, “dad told me to just drive straight.”
Andrew has helped watering pigs, goats and the sheep. He has a special talent working with pigeons and showing them.
Tom and Rose said their greatest challenges on the farm include getting started as an independent farmer, juggling outside jobs and knowing when to contract grain.
“Farming is always a gamble, nothing is guaranteed and taking the good years with mother nature and trying to figure out finances with the drought years,” Tom said.
Both Tom and Rose agreed their greatest accomplishments are their children.
“Farming is a poor way to make a living but a great way to raise a family,” they said.
“Tom is a hard-working man who loves his family,” Rose said.