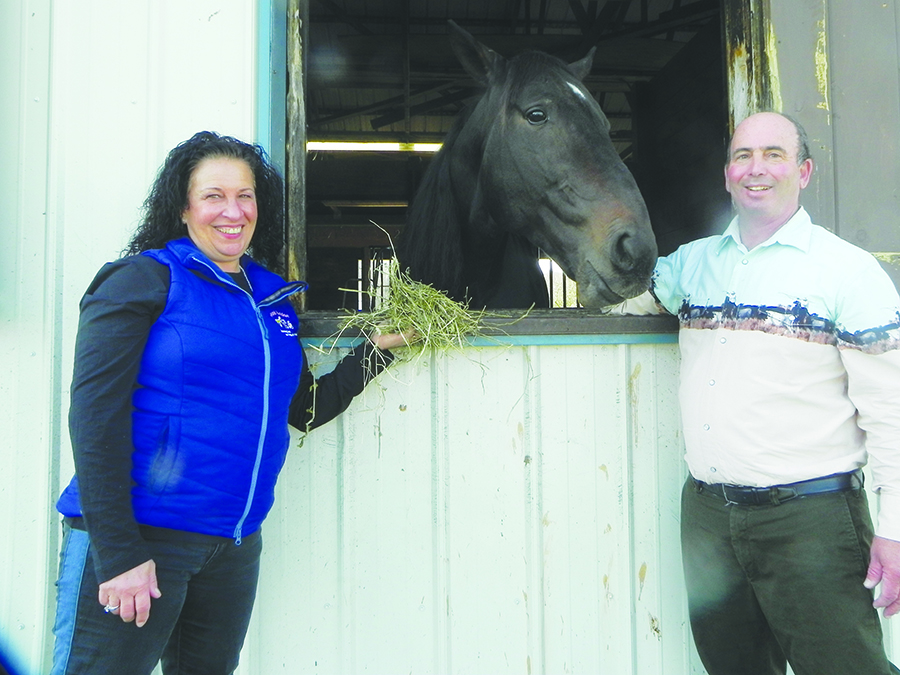 Laurie and Sam Landy stand with HL Revadon – “our best horse,” according to owner Sam. The Landys board about 150 horses at their Congress Hill Farm including retired racehorses now used for therapeutic riding. (Photo by Richard Skelly)