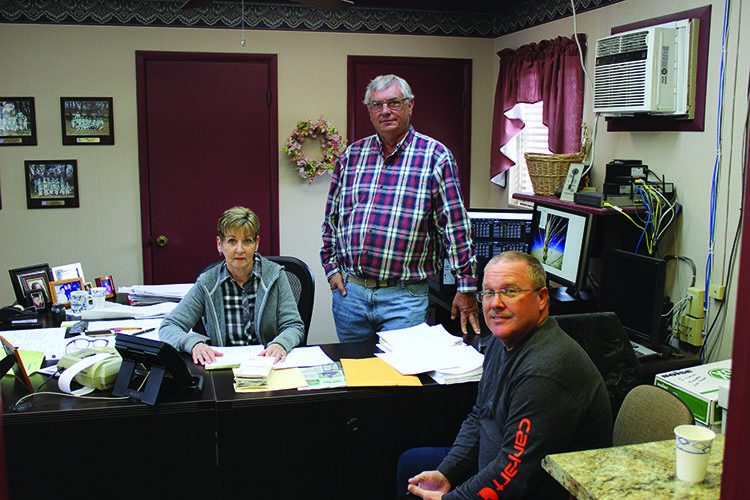 Longtime employees and board members have been key in Laurel Grain Company’s sustained success, including Dawn Brittingham who has worked there 38 years and Burton Messick, middle, who has served 30 years on the board and doubled as the company’s grain manager at two different times while president. Grain manager Keith Steininger, right, joined the company in 2019. (Photo by Sean Clougherty)