Legislators shown how families work together in soil conservation project 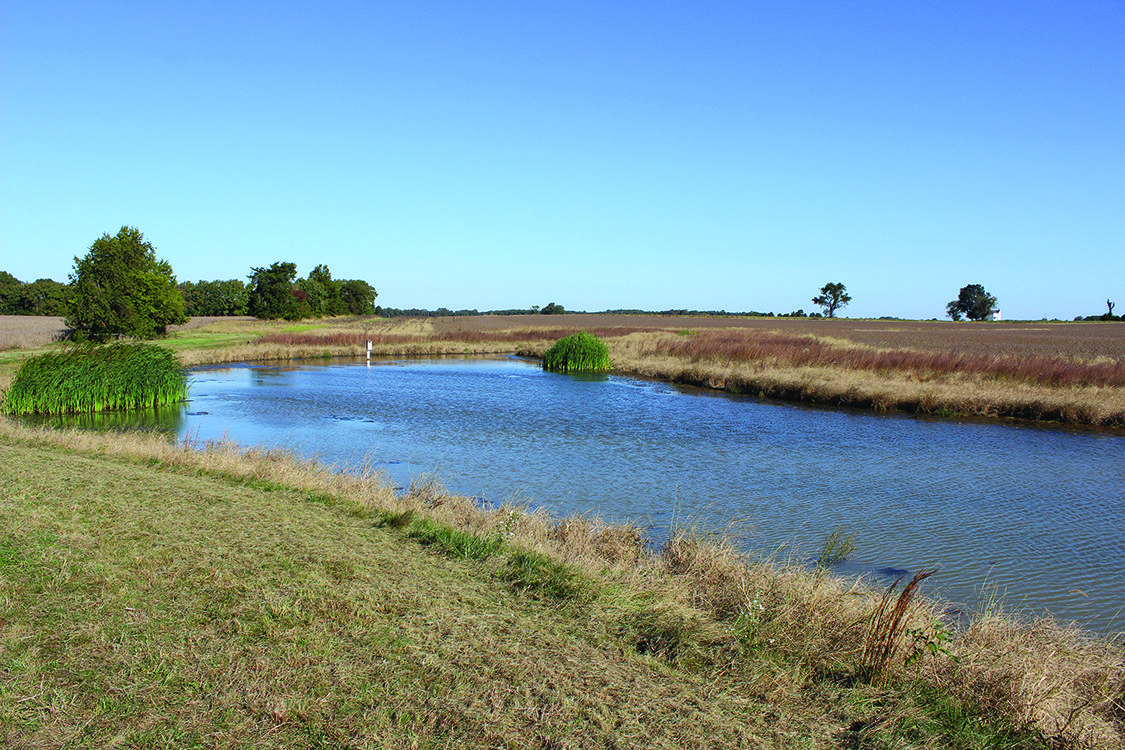 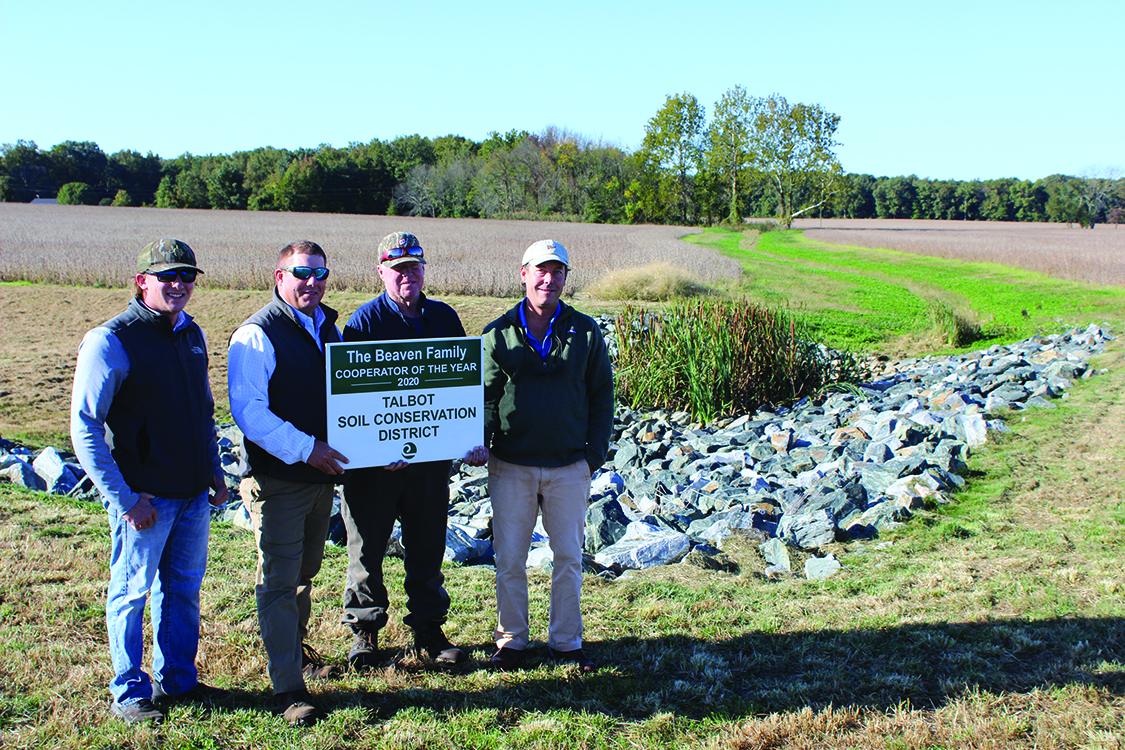 Standing in front of a rock-lined outlet and grassed waterway that helped address erosion on theirs and the neighboring Shortall farm, brothers Mark and Andy Beaven were recognized as the Talbot Soil Conservation District’s 2020 Cooperators of the Year. From left is Mark’s son Ben Beaven, Mark Beaven, John Swaine, Talbot SCD chairman, and Andy Beaven. The Shortall family was also selected for the award. (Photos by Sean Clougherty)

EASTON, Md. — Neighboring farm families have a long tradition of helping each other out.
When faced with erosion issues on their adjacent farms, the Shortall and Beaven families, along with soil conservation officials, worked together to get it fixed.
A completed conservation project involving both farms was featured on a recent farm tour for legislators organized by the Talbot Soil Conservation District which also recognized the both families as the district’s 2020 Cooperators of the Year.
“Normally, we don’t have a large contiguous project with adjacent landowners,” said Shawn Smith, district supervisor. “That’s what makes this project sort of unique.”
During large rain events, stormwater coming from the Beaven farm was flowing downstream through the Shortall farm forming deep gulleys and diverting back into the field rather than reaching an outlet installed years ago to move water to the nearby creek.
Henry Shortall brought the issue to the district’s attention, but to fully address the issue on the Shortall farm, measures also had to be taken upstream on the Beaven farm.
“It was just constantly getting worse,” said Andy Beaven, who with his brother Mark, acquired the farm after their father William Beaven died in 2019. “My brother and I were here multiple times looking at it.”
“There were actually gullies that were pushing four feet deep,” Mark Beaven added.
The overall project, taking two years to complete, brought together state and federal programs; Maryland Agricultural Cost Share for the Shortall’s part and USDA’s Conservation Reserve Program on the Beaven side. Total cost was more that $88,000 and cost shared by the landowners.
On the Shortall side, a re-engineered 720-foot grass waterway was installed conveying water to a rock-lined outlet that directed stormwater to the nearby creek.
On the Beaven side, 3.8 acres of cropland was converted to a wetland area, buffers and a large spillway and another rock-lined outlet installed at the head of the Shortall’s waterway.
A water control structure in the wetlands allows the Beavens to let more water pass through in anticipation of a large storm event to cut down on risk of overloading the wetlands.
Waterways above the new wetland area were also enhanced.
“The majority of this whole farm passes through this pond when we get a heavy rain,” Andy said. “We had to do something. The loss of tillable ground warranted what we ended up with.”
The projects are stipulated to remain in place for at least 10 years, Smith said, and district staff will check on it periodically to ensure it is still working.
“It’s all stabilized now,” Andy said of the once-eroded land. “I think it should be pretty problem-free for a long time.”