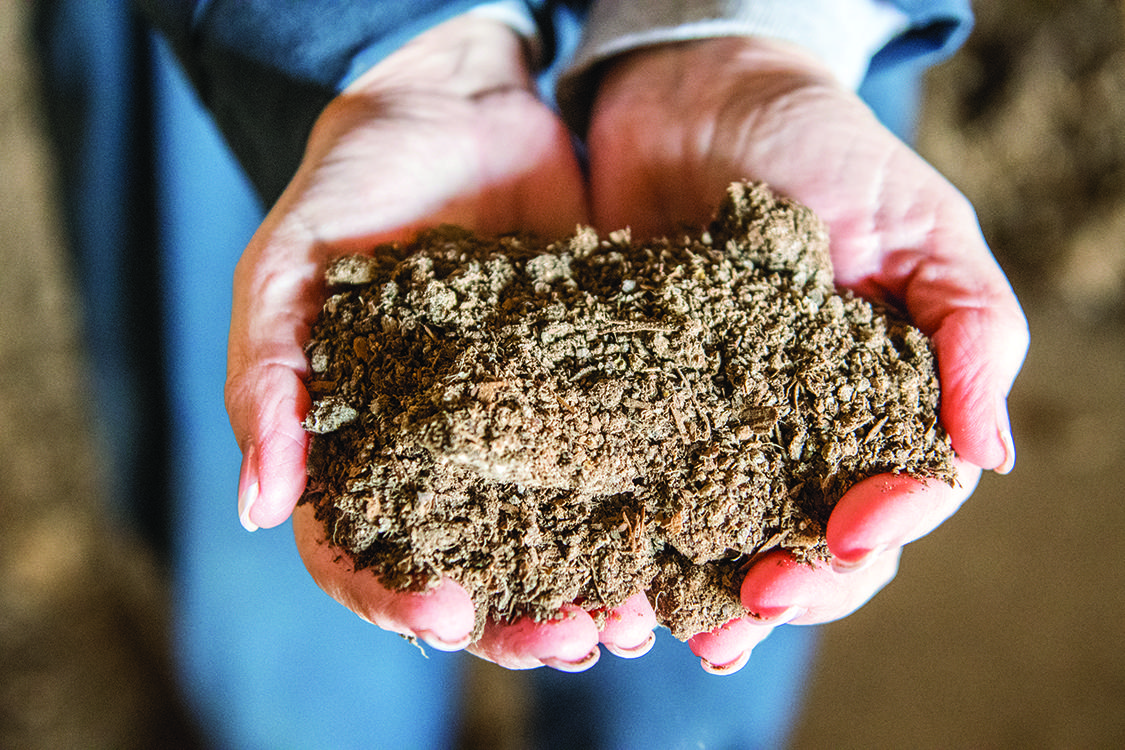 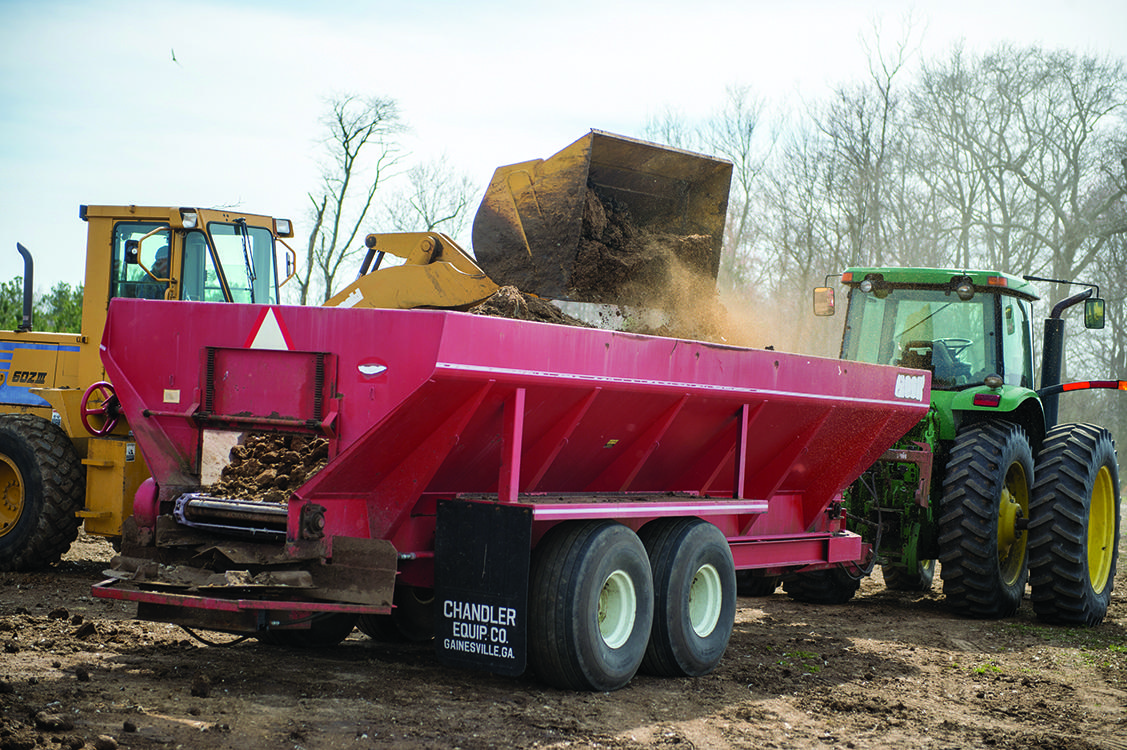 A year-old mobile app for moving poultry litter fertilizer is doing exactly what it should, its creators said, connecting growers who want it to growers who have it. (Photo by Edwin Remsberg)

GEORGETOWN, Del. — A year after the launch of its innovative mobile app, Littr., the Delmarva Chicken Association is pleased with its use in the industry.
“It’s been exciting,” said Holly Porter, DCA executive director. “Honestly it’s probably exceeded my expectations.”
Since its launch in January 2021, the app has about 450 registered users and DCA estimates it has generated about 300 connections between users and more than 50 transactions for poultry litter.
Littr. was designed to help growers anywhere on Delmarva who have poultry litter find customers seeking to use it as a valuable fertilizer.
Porter said the idea for the app began with informal discussions in early 2020 between industry stakeholders on how they could growers better manage litter as Maryland’s implementation of the Phosphorus Management Tool progressed and would restrict more farm fields from receiving poultry litter.
“We’ve believed for a while we do not have excess litter, we have a logistics problem,” Porter said. “We needed to make connections with farmers who have the manure and farmers that need it. Our board has been pleased to be able to offer one more solution to a challenge.”
DCA developed the app by partnering with the National Fish & Wildlife Foundation, Campbell Foundation for the Environment, the Delmarva Land & Litter Collaborative and Common Logic.
The app is available for download in the Apple App Store or through Google Play.
Links are also available at the littr website, www.littr.io.
The discussions ultimately led to the groups securing a National Fish & Wildlife Foundation grant to first create an online tool but the project soon morphed into a smart phone app.
From the start, the app needed to have a certain level of privacy to it where growers could make connections but not be monitored.
Users can however, put as much information in their listing as they want.
“We wanted to make it very easy for them to get onto it and easy for people to use it,” Porter said. “The goal of this app is making the connection, this wasn’t meant to be an additional reporting layer.”
Under a self-imposed deadline to launch the app before the 2021 spring planting season, in the summer of 2020 DCA gathered poultry and grain growers virtually to share its progress and get feedback. The groups would later be brough back for beta testing when the app was closing in on completion.
“We shared with them the concept of what we were working with,” Porter said. “I believe that was one of the most important things that we did.”
Porter added many involved in the app initially thought poultry growers would dominate the listings but in the past year, litter service providers and grain growers have been more active with listings while poultry growers appear to check the app periodically and reach out when necessary.
“It’s been a little different than I anticipated but I don’t think that’s a bad thing at this point,” she said. “It doesn’t matter who’s doing the listing.”
With steep increases in commercial fertilizer prices, Porter said there appears to be an uptick in activity.
“It’s probably no surprise we’re seeing new action in the last month,” she said. “The demand is still there. The need is still there. This is all about making connections.”
Jonathan Quinn, a grain farmer in Kent and Cecil counties, uses more than 4,000 tons of poultry litter in growing corn and soybeans and downloaded the app early after its launch.
He said while he’s made connections with new people through the app but has relied on his existing sources for his litter needs.
“It’s still kind of new,” he said. “It’s got value to it, I just think it’s going to take awhile.”
He added the current fertilizer situation may hasten more adoption.
“It’s definitely a challenge now,” Quinn said in finding litter. “So many people want it now.”
Porter said other poultry-growing areas of the country are also eyeing the app.
“What I tell folks is you don’t need to make your own,” she said.
Porter said littr developers have since expanded the ability to list from all counties of all U.S. states.
“It could be used nationwide,” Porter said. “All they have to do is market it. It has to be marketed.”