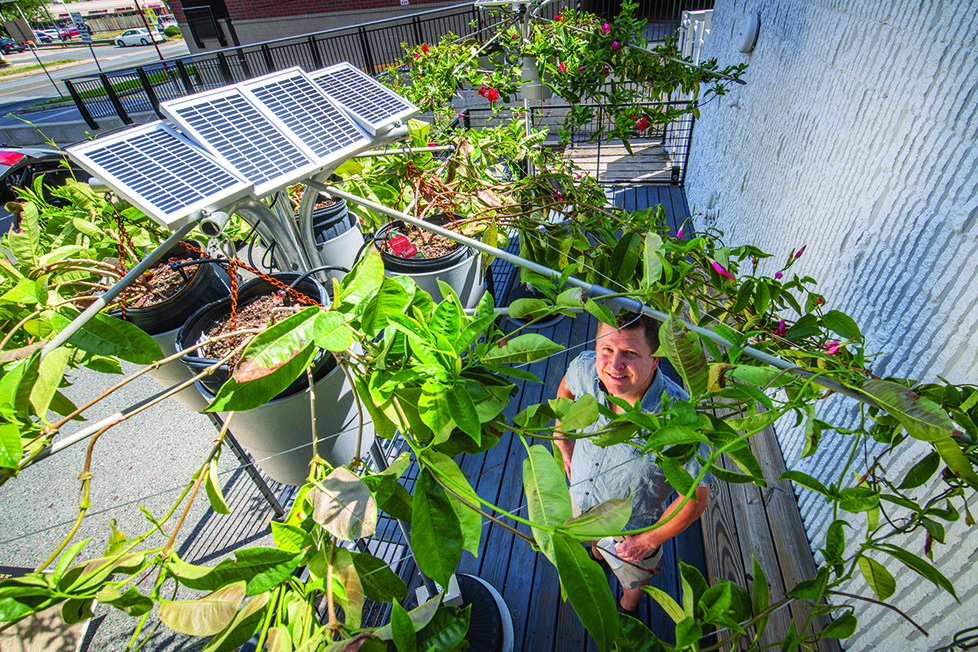 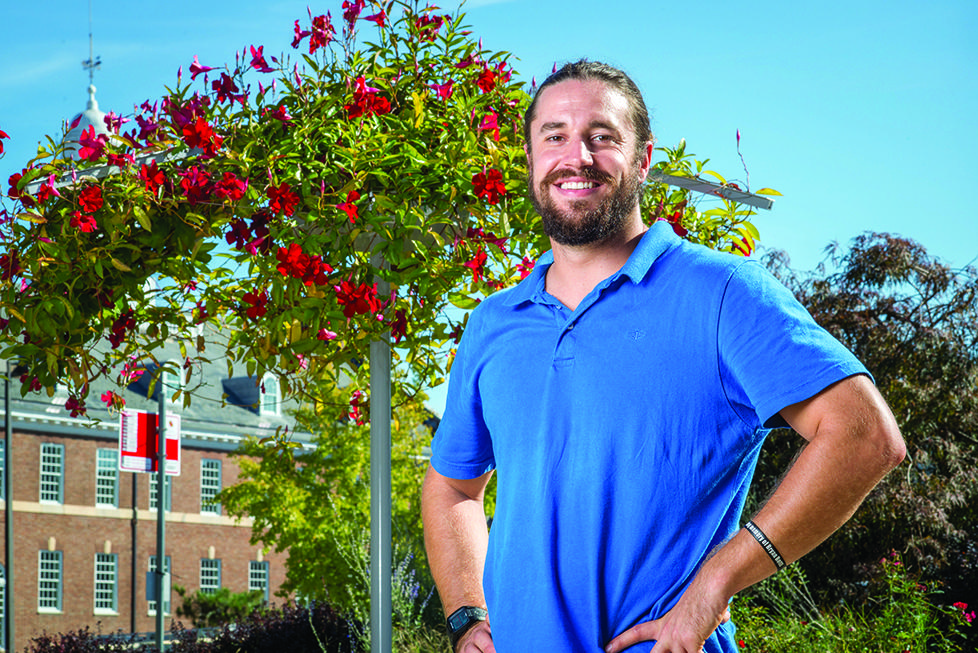 Living Umbrella co-founder Nick Cloyd worked on the design and engineering for the canopies. A particularly innovative element of their design for the Living Umbrellas is the shade component, featuring a flexible metal trellis on top of an umbrella canopy interlaced with living plants and a solar-powered, automated irrigation system. (Photo by Edwin Remsberg)