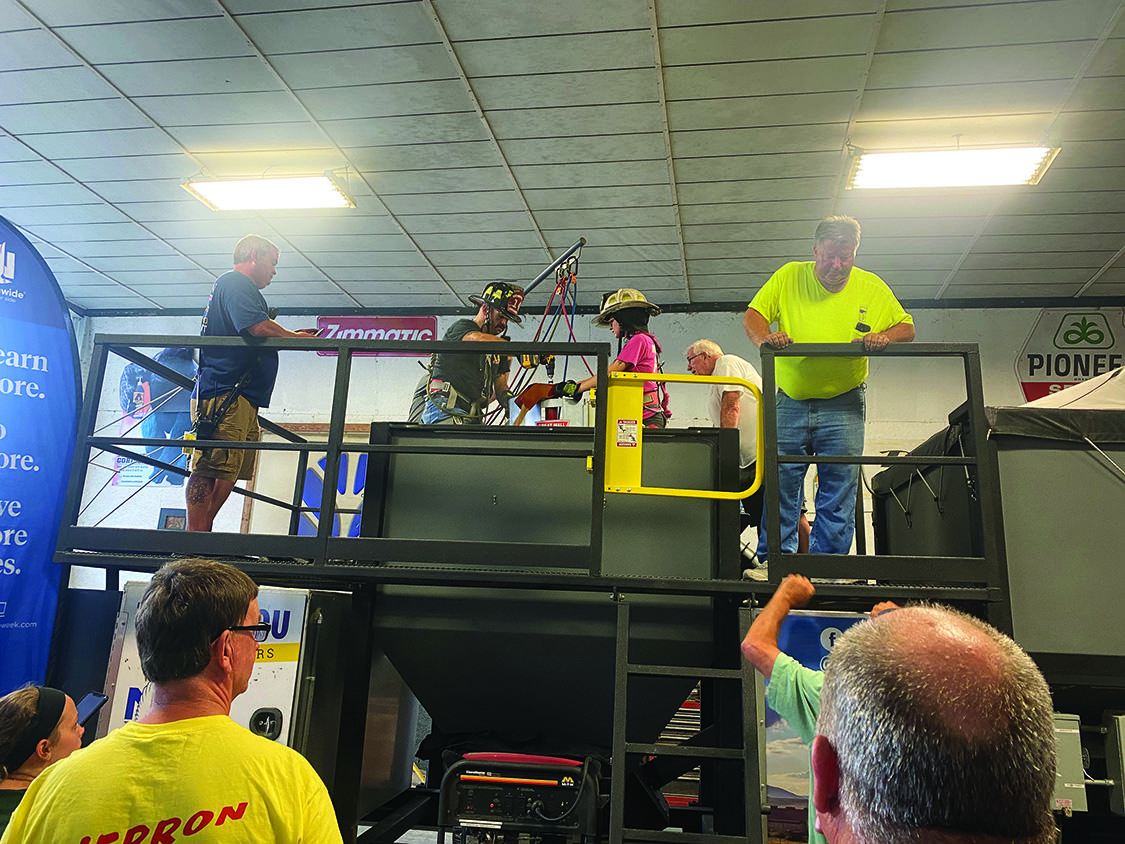 DES MOINES, Iowa — Eleven volunteer fire departments and first responder groups in Delaware and Maryland were awarded grain rescue tubes, through Nationwide’s Grain Bin Safety advocacy campaign. The resources will be used to help protect against grain entrapments, which result in dozens of deaths across rural America.
In Delaware, fire departments in Clayton, Georgetown and Seaford received the equipment and training and in Maryland, they went to departments in Clear Spring, Westminster, Cumberland, Bel Alton, Hebron, Leonardtown, Mechanicsville and Preston. Across the United States, more than 64 fire departments received grain tubes in the 2022 campaign.
Every year, thousands of farmers and commercial grain handlers risk their lives by entering grain bins to remove clumped or rotted grain. As rural communities have come to know all too well, the risks of entering grain bins continue to be overlooked.
“It only takes seconds, or a simple mistake, for an adult to sink in the quicksand-like flow of grain and become fully entrapped or engulfed,” said Brad Liggett, Nationwide’s president of Agribusiness. “Adding to the risk is a lack of rescue equipment available to local fire departments and emergency responders who are called for help when a worker becomes trapped.”
Along with the award of the grain tube comes training to use it in the event of someone getting engulfed in a grain bin. The grain rescue tube delivery and trainings were conducted by the National Education Center for Agricultural Safety (NECAS) and included simulations of entrapments and rescues using a state-of-the-art grain entrapment simulator, which is loaded on a trailer and able to hold about 100 bushels of grain.
While the tubes will be housed at their awarded departments, surrounding departments may take part in the trainings to be equipped in the event of an emergency. At a recent training for the Hebron Volunteer Fire Department on July 21 at Geno Lowe’s farm, firefighters from Sharptown and Mardela Springs attended. The training in Hebron consisted of a 50-minute presentation on safety procedures and three rounds of hands-on rescue training with the simulator.
The Wicomico County Farm Bureau nominated the Hebron department for the grain tube, and Lowe said it was important to have the equipment on the western half of the county after the Willards Volunteer Fire Department received a grain tube in 2021.
Nationwide began its Grain Bin Safety campaign in 2014 to bring awareness to the hazards of entering grain structures and to equip fire departments with the resources needed to respond effectively.
Since 2014, more than 265 fire departments to benefit from the program since its inception and at least five fire departments have put the tubes and training to use to save the lives of workers trapped in grain bins.