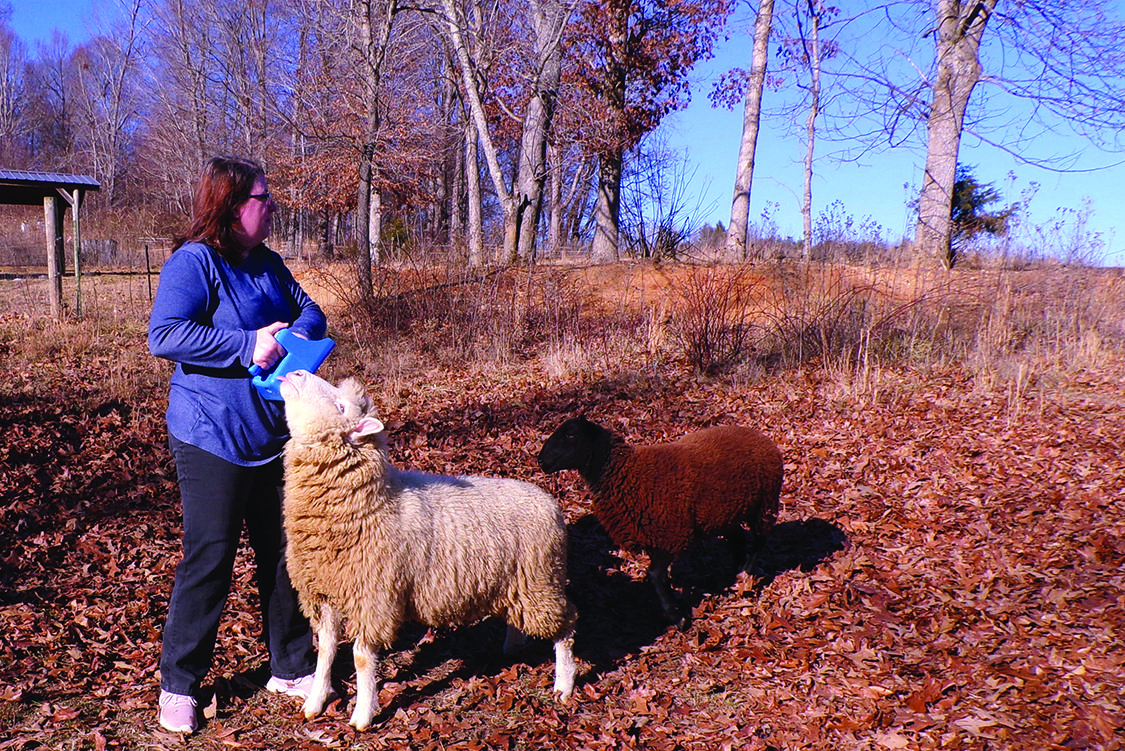 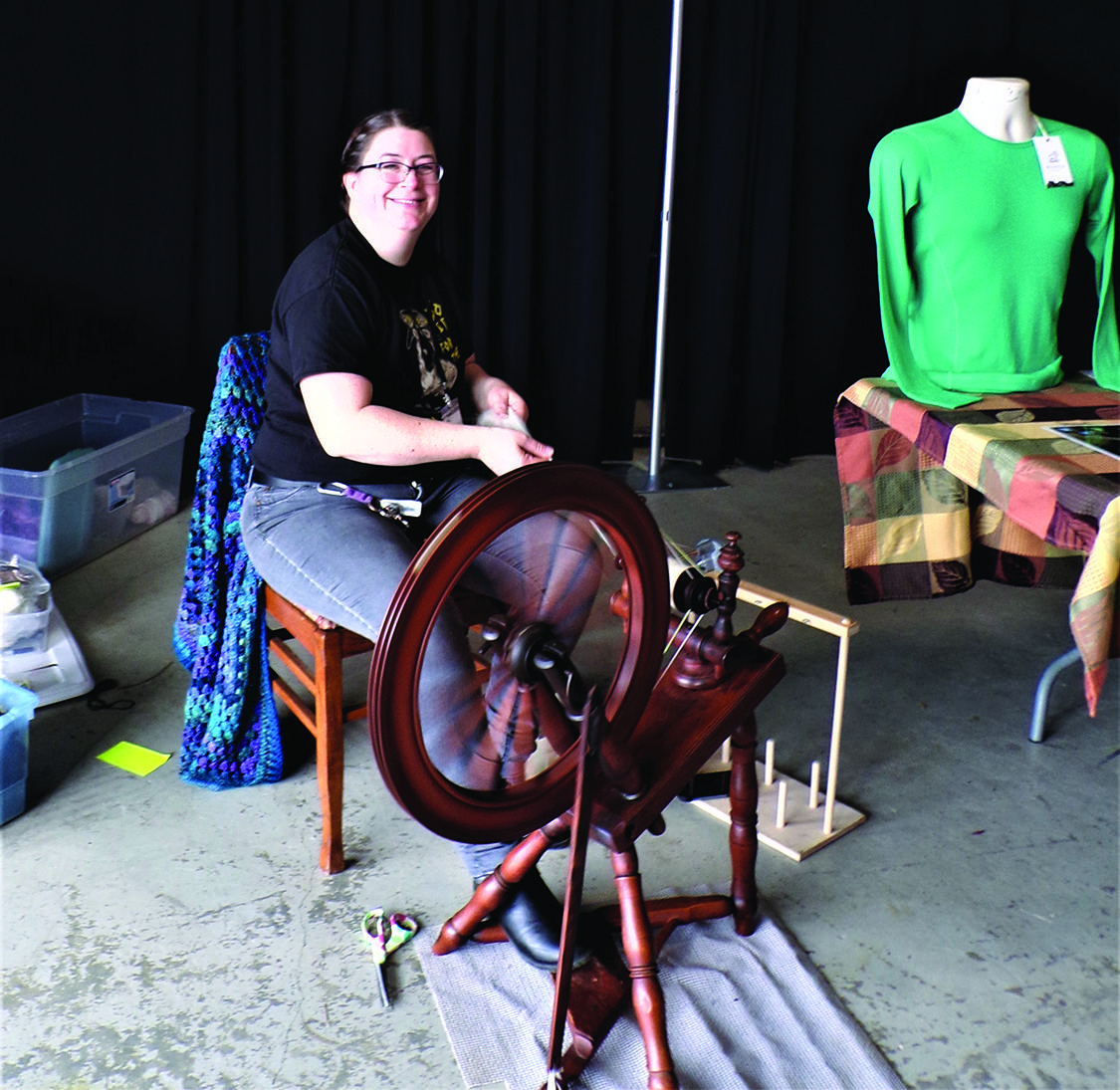 The New River Valley Sheep and Goat Club’s 2nd Annual Sheep and Goat Festival in Draper, Va., gave Shaunda Macomber a chance to share her interest in sheep and the wool they provide during the second annual event the organization has used to share their animals with the community. She gave spinning demonstrations throughout the festival and talked about all things wool. (Photo by Jane W. Graham)

RADFORD, Va. — People come to farming in many different ways and for many different reasons. Shaunda Macomber’s path started with a borrowed chicken named Maggie.
Now a homesteader on 17 acres in Southwest Virginia, Macomber recalled when she was young, her brother was working on a Boy Scout merit badge and needed a chicken to finish the project.
A church member loaned her brother a hen called “Maggie” for the summer. When he had completed the work for the merit badge, Maggie went back to her owner but Macomber said she kept an interest in chickens and animals.
The next spring, her mother got two ducklings for her children. As the ducks matured, Macomber said they needed a new home and the family released them in a lake near their Charlottesville home.
After that, Macomber said her animal experience was infrequent. She dabbled in 4-H and milked goats to make some extra money, but farming was not really part of her plan.
“I never dreamed we would have a homestead,” she said.
Fast forward to 2018. After looking at several properties in their search for a home, Macomber and her husband Matthew found their homestead a short drive from the city of Radford.
Especially appealing to Shaunda was a modern chick house and the 23 chickens that came with it, she said. They named it Old Macomber’s Farm and Homestead.
Shaunda adopted the title of “Old Macomber” and is the farm operator and Matthew handles the small farm’s administrative duties.
They were selling eggs until the pandemic and a lot of customers ventured into their own version of homesteading.
“Everybody got chickens,” she said. “They started gardening and learned to cook.”
They still have chickens but Shaunda said the four sheep are now the main livestock focus as they look forward to the arrival of their first group of lambs in the spring.
They also recently sold three heifers and Shaunda said she expects getting cattle back on the farm in the future.
An evolving interest in wool and its uses led Shaunda to sheep and to using the wool in different ways. She said it is a long and expensive process to have wool processed, so she is learning to do it herself.
She said she has learned the most from the New River Sheep and Goat Club. This included taking a spinning class and learning how to prepare her own wool to use.
She is currently learning to dye her wool with natural substances and confessed to experimenting with Kool Aid as a dye option.
She took her spinning wheel, a 2021 Christmas present from Matthew, to the New River Valley Sheep and Goat Club’s 2nd Annual Greatest Sheep and Goat Festival last fall.
Stationed by the open door of the exhibit barn during the festival, Shaunda demonstrated spinning wool and told visitors about its lasting qualities and methods of preparing it, dying it, and making household items.
The Macombers are active members of the Church of Latter-Day Saints in Radford and include their church family and activities in life at Old Macomber’s Farm and Homestead. Church members helped build the fence around the farm, she said.
Shaunda said their work on the farm is rooted in their heritage and faith. The basic goal the couple is aiming toward is creating a sustainable farm operation without going into debt.
“We are trying to be more self-sustainable,” Shaunda said.
She said they are trying to use their faith and principles to not be wasteful, be kind to others, work hard and use the resources they have been given. Their non-farm careers are helping, Shaunda said.
She is assistant director of financial aid at Radford University. Matthew Macomber, a Navy veteran, is an IT project manager working under contract for the Army. An adult daughter, Elizabeth Gardiner rents the house’s basement apartment, and is also employed at the university.