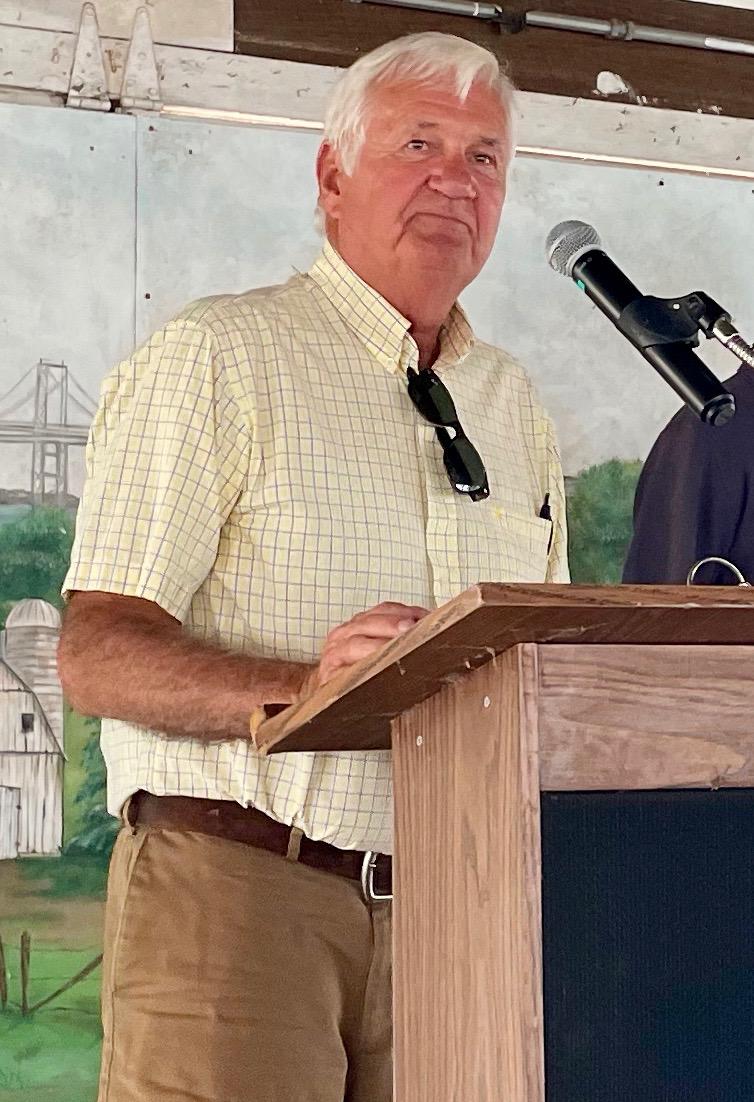 CENTREVILLE, Md. — An award to Mark Fuchs for his lengthy agronomic career and contributions to the grain industry required a lengthy introduction at the Maryland Commodity Classic last week. To accept it, Fuchs humbly took just a few moments.

“It’s been a wonderful career,” the former Southern States agronomist said to a large crowd underneath the main pavilion at Queen Anne’s County 4-H Park on July 28. “Thank you, grain producers, for the recognition. … Truly I thank you.”

Fuchs was the 35th recipient of the Dr. James R. Miller Award, which has been given yearly at the classic since 1988 to a non-grower for his or her contributions to the industry. John Bruning, president of the Maryland Grain Producers Utilization Board, said the award was merited due to Fuchs’s “long-standing commitment to agronomic success and the advancement of common-sense nutrient management grounded in science for Maryland grain farmers.”

Fuchs received a dairy science degree from the University of Maryland in 1976. He spent nearly three decades as an agronomist at Southern States and was a regional manager at Verdesian Life Sciences, a soil nutrient and specialty fertilizer company, before his recent retirement. He’s also held various leadership positions at the Mid-Atlantic Certified Crop Adviser Board.

Fuchs has also served on several state committees, including the Maryland Nutrient Advisory Committee during “very controversial times with the development of the Maryland Nutrient Management Law and provided exemplary representation for Maryland grain farmers from an agronomic perspective,” Bruning said.

The classic, which is dedicated to grain-related research, check-off activities and other industry concerns, is organized by the utilization board and the Maryland Soybean Board. Others recipients of the Miller award include former Del. Norman Conway and U.S. Rep. Steny Hoyer.

The award’s namesake was the first to win it in 1988. Miller ran the University of Maryland’s agronomy department for more than two decades and was well known across the industry for his educational efforts. The award was renamed in his honor after he died in 2003.