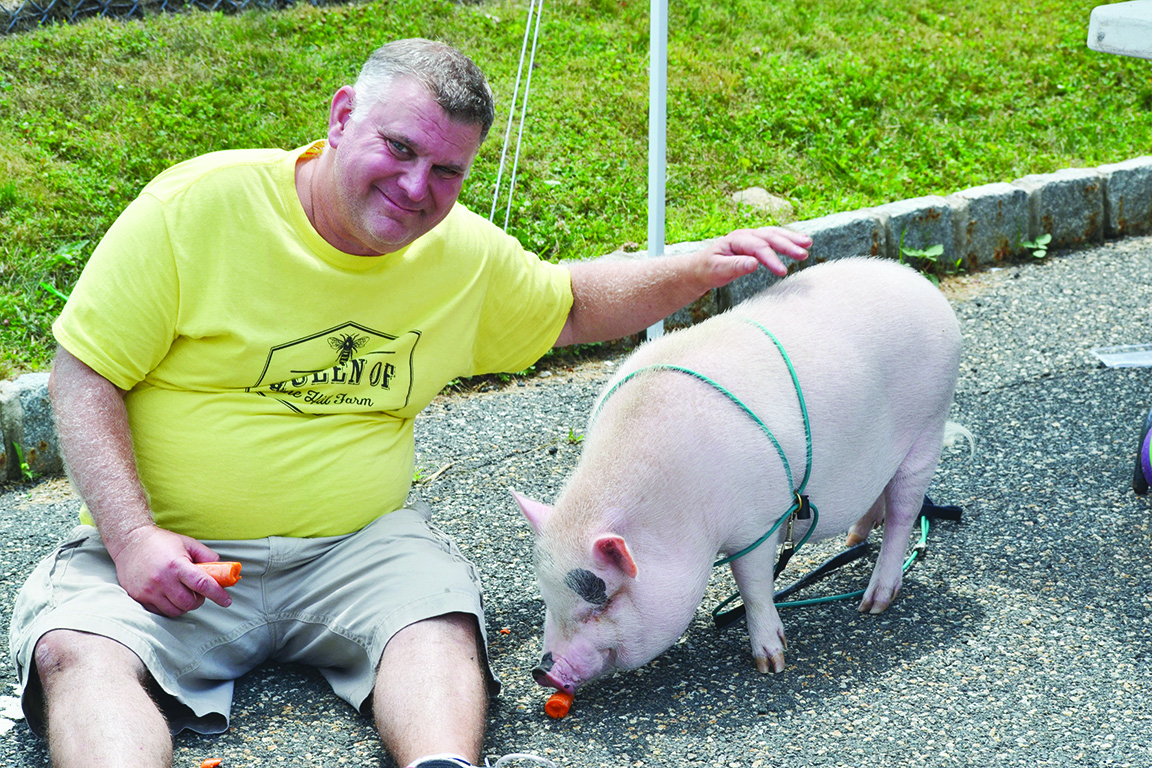 HOPATCONG — The Hopatcong Farmers’ Market is now Hopatcong Marketplace.
The market was run by the borough for years in the borough hall parking lot, but municipal officials decided to step away and in January a new committee was formed to manage it. Jim Puccio chairs the committee and on a recent Saturday morning was the only farmer at the market.
The marketplace has plenty of vendors, selling CBD oil products, handmade jewelry and home décor, and some flea market-type items.
“I would love other farmers to come,” Puccio said. He noted his stand, Queen of the Hill Farm, is the anchor of the marketplace, but he would welcome competition.
“Others benefit from more farmers in the market,” he said.
Puccio said the committee changed the name to marketplace to attract other types of vendors, which has worked.
He noted the committee is careful about COVID-19 procedures, with hand sanitizers at each table, a mask requirement, and police tape down the center of the market to keep customers walking in one direction on each side.
The market’s new location is on a park and ride lot near the previous venue with plenty of room, but no shade.
The marketplace is still pet friendly and even has its own mascot, Hamlet, an American miniature pig, belonging to vendor Karlene Yaple of Hopatcong. The 14-month old pig greets shoppers at Yaple’s table.
Puccio said the committee plans a theme for every week. The opening Saturday theme was “Ray of Hope,” as the state moves out of isolation, the second Saturday was the Fourth of July, so that was the theme.
On July 11, the theme was faeries and a number of vendors were wearing wings. July 25 was Christmas in July, Puccio said, and Oct. 3 will be a Blessing of the Animals because it is the day before the feast day of St. Francis.
The committee hopes these themes will attract people to the marketplace each week.
Queen of the Hill farm started as an apiary, but now Puccio farms his 16 acres in Hopatcong and plots in Whitehouse and Stillwater, after several years of leasing all the land he farmed. He has a greenhouse, giving him a jump on the seasons.
He also has a “swap and trade” policy where various farmers exchange items so each has more to offer at the various farm markets.
As an example, he gets mushrooms from a friend.
The late spring has left customers desperate for corn, Puccio noted, and as he did, one of his employees was lamenting along with a customer. But, he pointed out, there are many delicious crops to choose from.