Md. family relies on faith to push farm past obstacles 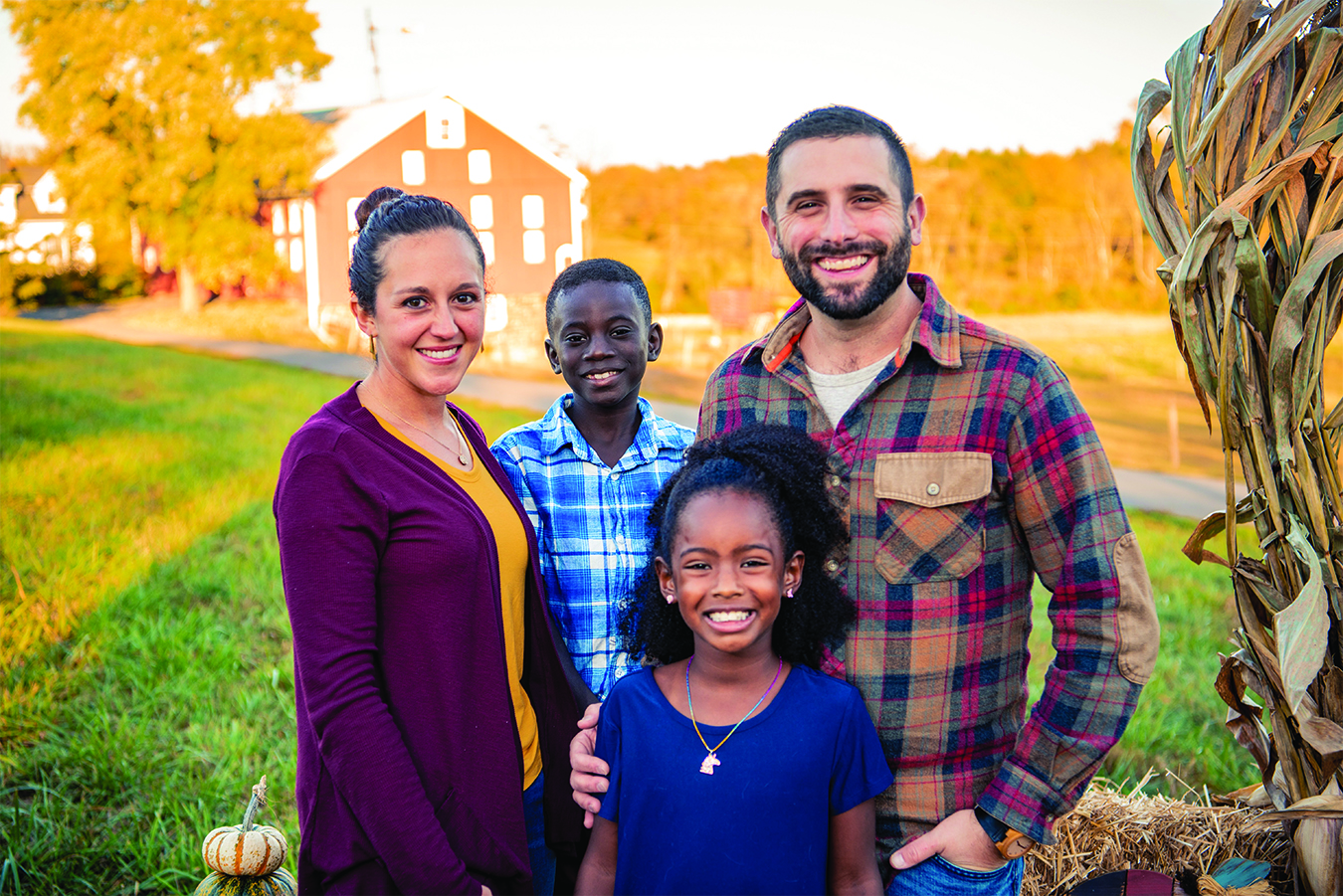 WESTMINSTER, Md. — In some way or another almost everyone has experienced some type of trial or tribulation this year. It’s difficult to move forward when processing constant hardship, and often, it is those people who have experienced difficulty with grace who provide solace to others.
For the Willet family of Willet Family Farms in Carroll County, the process of going through difficult times is no foreign mindset. They always seem to rise above hardship in the end.
Jeremy and Kathleen Willet own and operate the farm known to the community as a family-friendly agritourism spot. Planted amid the Carroll County landscape, the farm was established in 1874 by Jeremy’s great grandfather.
“The farm and our family has definitely experienced many hardships,” Jeremy said. The farm survived through The Great Depression and later was destroyed by a tornado. “In 1999, a tornado touched down and removed the barn roof, carrying it across the field,” he said.
The family decided to re-establish the roof and buildings that were damaged since there was so much history and landscape to offer future generations.
The Willet family members were saddened by the destruction of property, but soon rebuilt and tried again.
“It’s OK to feel vulnerable and retreat to a safe place to regroup your thoughts and feelings,” Jeremy said. “It’s imperative that we walk through challenges with faith, God always has a bigger plan in store for us.”
But faith is often tested, and the next phase of the story is reminiscent of a man from the Bible, Job. Job lost everything but showed continual trust and faith in the Lord. The lessons about succeeding through hardship were taught to them by Jeremy and Kathleen’s parents and have been passed down to their children, Evans and Yodit, both adopted from Africa.
Both of their children participate with helping on the farm today.
“We like to instill in others that either physical or material hardship can be met with faith,” Jeremy said. “There is always an opportunity for a greater plan, even when we don’t immediately see it.”
A hit close to home
The Willets suffered through cancer resulting in a hard family loss and the farm had to be sold outside of the family in 2002, with the hope of regaining family ownership sometime in the future.
Jeremy’s family was never too far from the farm, establishing a home overlooking the property. “It was bittersweet, we were happy to be close to the land where generations before us resided,” he said. However, it was difficult to watch the transitions of the property often set forth by the reality of farming challenges.
“We developed a relationship with the then-owner, planting a seed that if he were to sell the farm that we would have the first opportunity to purchase,” Jeremy said. In 2017 the Willets got that opportunity, reintroducing it back into the family.
Evaluating the hurdle
The farm purchase was success short lived because in the same year, after restoring the farmhouse, it burned down due to an improperly installed fire-insert (wood stove).
“We were devastated,” explained Jeremy. “That much turmoil in a short matter of time had us questioning our decisions. We sought professional help, took time to heal, and returned to our original vision for the farm.”
The Willets rebuilt again, residing in an RV over the next two years.
“We were able to hook up to the septic and electrical while we built so we could still be on the farm,” Jeremy explained. “It’s interesting to share a space so small with little children, especially through winter.”
The Willets said they feel close to their community because of the challenges they’ve experienced.
“Mere hours after the fire, neighbors brought over clothes for our children, groceries, and offered temporary housing.”
In 2019, the new farmhouse was complete. Since then, their family has been prospering on the farm with their agritourism business.
“We wanted to create a place for people to come and have an inclusive environment,” Jeremy said.
Diversity and inclusion is their primary focus for guests that come to the farm. “All are welcome, we want to create a safe place for families that wish to be involved in the farming process, or guests that wish to have a solitary retreat,” Jeremy said.
While the farm offers an opportunity for visitors to “heal within nature”, the farm experience educates the consumer about the overall efforts of animal husbandry, and the environmentalism that’s involved on a working farm.
“As farmers, we have also joined with other farms in the area to help aide local government on workable regulations that best pertain to our area,” he said.
The farm is located in the middle of Sonshine Acres; over 50 acres of farmland owned by Jeremy’s parents, and adjacent to farmland owned by cousins. In 2019, the farm won HipCamp’s 2nd Best Campsite in Maryland, and took home the grand prize in the Carroll Biz Challenge contest this year.
When asked to offer encouragement to others, Jeremy responded, “You are always given reasons to leave or give up. It’s during those times that you need to return to your original vision, only then will you be able to see the clear plan God has is store for you.”