Mentorship helps new ag pilot get off the ground 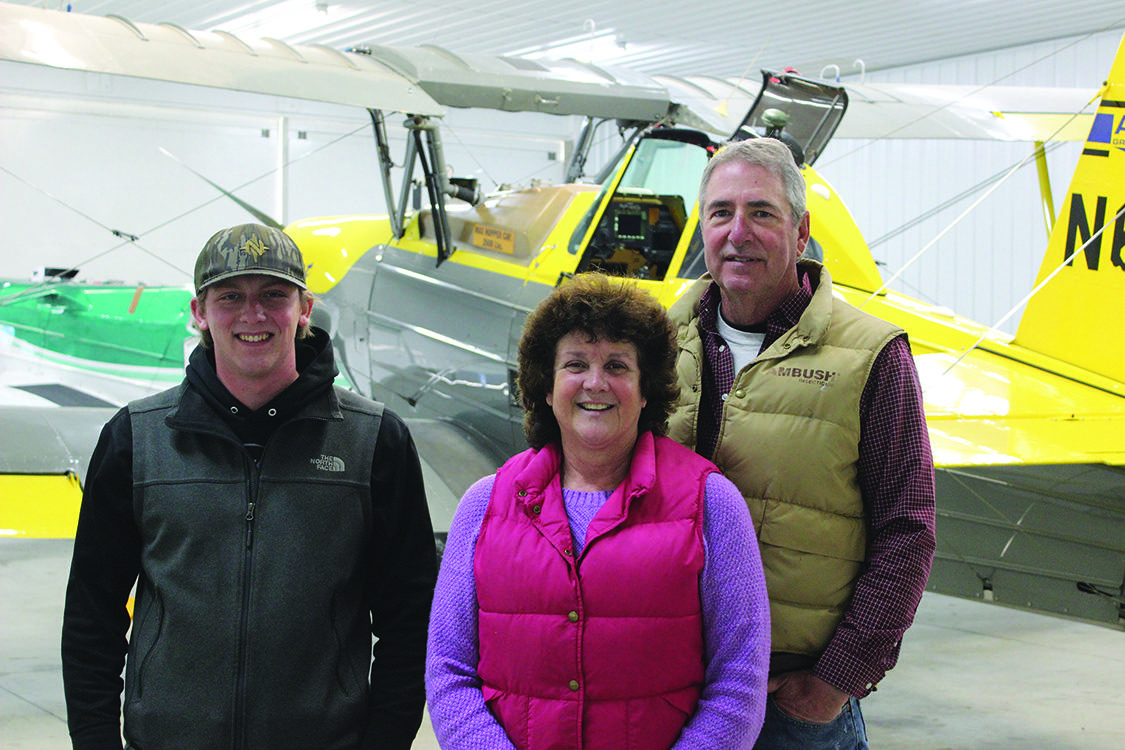 SUDLERSVILLE, Md. — As a veteran aerial applicator, Mark Whalen has been approached by a lot of people interested in becoming an ag pilot.
Each time, he’d talk through all the steps that are needed before they would even fly an ag plane — years of work on a ground crew, months of flight training — and, in most cases, “you’d never hear from them again,” he said.
A lot of them run out of money or enthusiasm for flying, or both, and move on to something else, he said. It’s a natural process of weeding out those that don’t have the sustained passion for the job.
“You’ve got to be singularly focused. It’s very difficult to become an ag pilot,” Whalen said. “You really have to prove yourself in a number of ways to get in that seat.”
So, when Ben Beaven kept updating him on his progress in becoming a trained and licensed pilot, Whalen knew this time was different.
Along with sharing a passion for flying, Beaven found a connection with Whalen as both are University of Maryland graduates and members of the Alpha Gamma Rho agricultural fraternity, and formed an informal mentorship, eventually bringing Beaven, 21, into Whalen’s ShoreAg AirService aerial application business.
“It was a perfect fit for what I was looking for,” Beaven said.
Beaven had already been gaining experience working through high school for another applicator, loading planes on the ground and other tasks important to an aerial application operation.
“Usually it’s the other way around,” Whalen said. Most prospects come in having flight training and then have to put in their time on the ground.
After graduating from the University of Maryland with a degree in Agriculture Business Management, Beaven started standard flight training which then led to specialty training in South Dakota for low-level agricultural flying.
He got his private license in about 6 months and secured all the necessary ratings toward aerial application in another 6 months.
Beaven said he had been interested in aviation since childhood, mesmerized by seeing ag pilots fly over his family’s farm near Denton.
“It was obvious to me that this is what I wanted to do,” he said. “I knew that freshman year of high school.”
Whalen can relate.
He said that he pinpoints his affinity for aviation to a photo of a cousin who flew C-130 planes in the Vietnam War.
Something about how the relative stood in the picture, helmet under his arm, grabbed at Whalen, he said.
“It just kind of fascinated me,” he said. “Just a picture motivated me.”
Whalen earned a degree in agronomy from the University of Maryland and worked in the crop protection industry, including 35 years with Syngenta.
He has been a general pilot since 1986 but didn’t pick up aerial application until 2009 and only on a part-time basis while he still worked for Syngenta.
Since he retired in 2015, he and wife Joanne Whalen, retired University of Delaware Extension entomologist, have operated ShoreAg AirService full-time, mainly serving the upper Eastern Shore and into central Delaware.
Initially following their first careers, the Whalens spent a few years in crop consulting for farmers and conducting contract research projects, but in the last few years, they have transitioned primarily to aerial application, which doesn’t have year-round schedule to keep.
“We enjoyed it,” Mark said of the consulting work. “We were just getting older.”
Joanne, who handles much of the paperwork and supporting tasks, also carries an interest in aviation. While at Extension, she stayed tuned to what applicators were doing and their impact on farming.
“They’re always a big part of what we did and a big piece of the industry,” she said. “I saw great value of what they brought to the industry as a whole.”
Beavan started flying as an ag pilot this fall, applying cover crop seed to fields and next year plans to begin applying crop protectants.
Long term, Beaven said he wants to build his experience to eventually operate his own aerial application business, and has recently received approval to establish a landing strip in Talbot County that he plans to help manage and fly from in the upcoming season.
“He has all the skill sets,” Whalen said of Beaven. “He just has to develop in his capacity to run a business.”
Mark, 64, said being an owner and operator is a far steeper climb than decades ago.
The equipment is exponentially higher in cost, same with insurance, and a couple of accident claims can render a business uninsurable, he said.
“It’s an intense workplace, you have a lot going on,” he said.
But, young people like Beaven are still coming into the industry.
According to the National Agricultural Aviation Association’s most recent industry survey in 2019, the percentage of operators younger than 40 is up 4 percent to 15 percent of all pilots compared to its 2012 survey.
While the average age of ag pilots is 55, the largest percentage of pilots is in the 30-39 age category at 25 percent and the population among all hired pilots under 40 grew to 39 percent, up from 26 percent in 2012.
“The young people that are in it are really good,” Mark said.
The Whalens also pointed to a “speed mentoring” workshop at a recent NAAA convention that put together young pilots with operators, older applicators and other people in the industry.
“I was impressed a lot of young people were there,” Joanne said. “To see that many young people, that gave me a lot more excitement.”