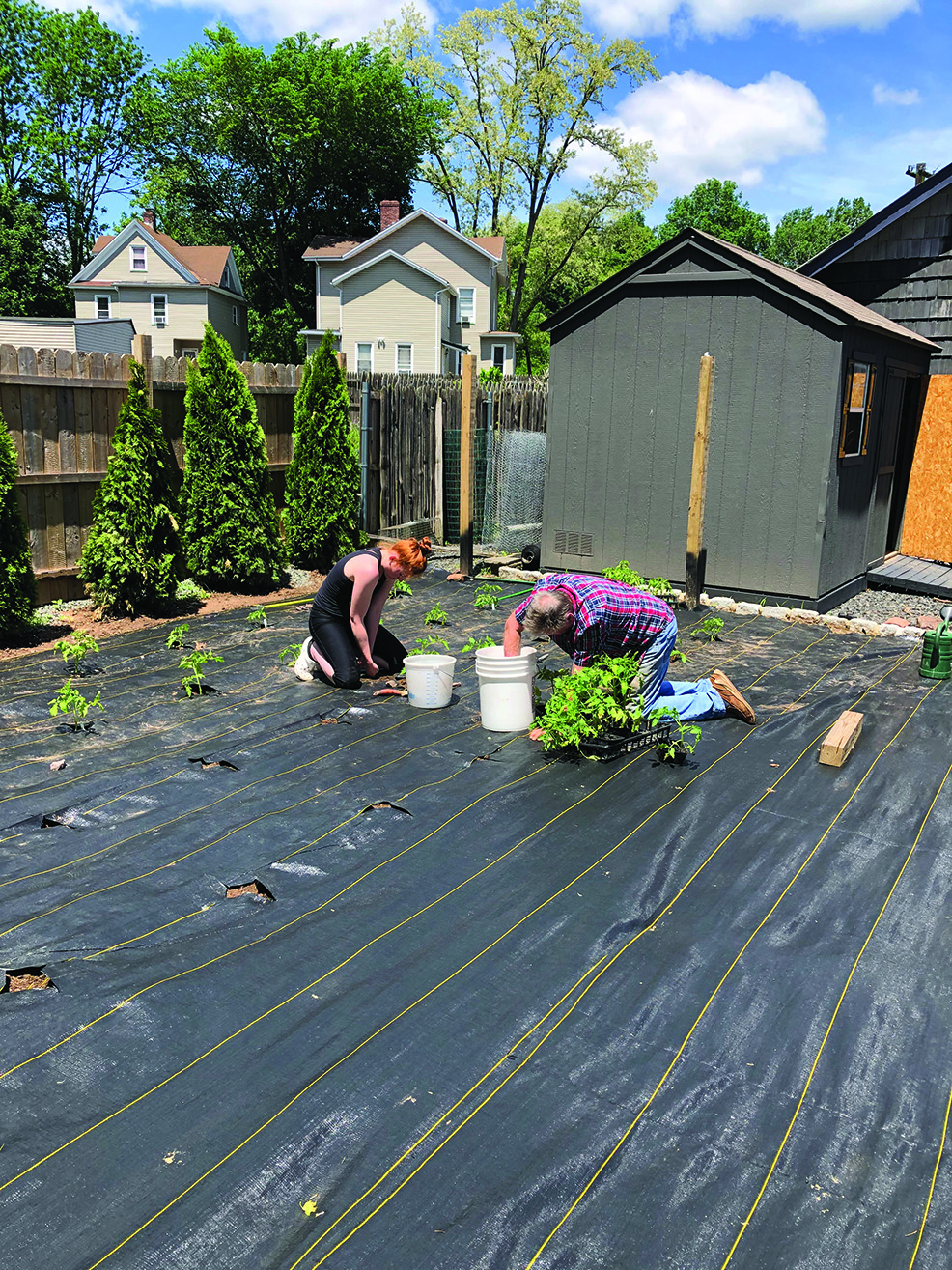 MOUNTAINSIDE — Heather (Prince) Murphy smiles when it is suggested that there are a lot of memories conjured by Mountainside’s Prince’s Farm Stand.
“That one was about 180 acres,” she says when asked how big her great-grandparents Springfield farm was.
The original Prince’s Farm and Mrs. Prince’s Stand (two versions of it) was located in Springfield on S. Springfield Avenue. “That farm that I grew up on, Route 22 (which has for many years bisected this area of Union County) wasn’t there. That farm was right there,” Murphy said.
Two of the houses from the original farm, one well aged and another built in the 1970s, still stand. Her grandparents still live there. “It was my father’s grandmother and grandfather, then his parents, then my father and my mother (Micky and Donna).,” she said.
Her dad has worked on farmland since he was 5 years old.
A painted mural on a wall inside the farm stand gloriously depicts the early days of the original farm.
Murphy says Prince’s Farm Stand, currently in its fourth year, certainly fills an area void. “I think for this area — Mountainside doesn’t have a grocery store — for convenience we have dairy, we have eggs, we have the prepared food, we have ravioli, we have meat, we have pierogis, and everything is locally sourced and awesomely made.”
The business opened on grounds that were being farmed just yards from the busy highway.
Heather and her husband, Tom, purchased the property. Alongside of the farm market, a little patch of land bears greens and tomatoes being grown. Payton, Heather’s daughter, and Micky tend to it. “We have tomatoes — and my dad still farms, this is like a thumbprint for him — but it keeps him busy,” says Murphy. “He’s 77 years old and can barely walk, but he can grow a tomato.” Prince also grows produce at his Basking Ridge home for his daughter and the current stand.
Heather said Payton is starting to love farming. “I think she’s starting to enjoy the people and being your own boss,” she said.
Both key ingredients, of course, as is diversity. Prince’s Farm market sells prepared meals, flowers, and much more outside its walls and under its roof.
“I do that with my Grandpa, so it’s nice,” says Payton while looking at the patch of land both farm. “He’s getting older and can’t move as much, so I help him with it.” Payton and her mom would commit plants to soil together when the former was a child, “but not anything like this.” She then adds, ”Family businesses are always good. And we try to keep everything local and fresh.” Going forward, Payton and sister, Paige, figure into more of the Prince’s Farm Stand plans.
Murphy said she tries her best to deal with local farms, receiving small batches of produce and keeping it fresh. COVID-19 threw a wrench into that plan, when local farms suffered. “COVID hit and we switched gears here, and we started ordering in produce from other states. I do keep everything in our country. Obviously, we can’t grow things like pineapples and bananas in our country, but I do bring those in.” The market also began to import produce from Florida and California in massive amounts. Shoppers came; in Murphy’s words, it “blew up.” “Thank God we’ve always been lucky; we’ve been busy since day one. But there’s a ton of people out there, and still a ton of people didn’t know about us.” Social Media was a big aid. “Being more active on it, and people coming here and doing roadside and curbside pickups, deliveries because people are scared, obviously, and didn’t know what was going on. We just went with it, did it, and it was great. People were wonderful, and we have a whole new clientele of people.”
“So, for us, it turned our business around.”
Prince’s Farm Stand has expanded a bit every year, and Murphy says this winter even more vegetables will be added, and she would like to make a push towards more shrubs and plants.
“Inside I think we’ve gotten down pretty good right now, but I would like to get more on the outdoor part of it,” she said.