(Jan. 15, 2017) With entries submitted for the 2016 National Corn Growers Association yield contest, New Jersey growers flirted with the 300 bushel-an-acre barrier but were unable to break it.
Among the state national winners, Matt Santini of Phillipsburg with a yield of 284 bushels an acre topped his fellow Garden State growers.
At the national level, the yield bar was raised.
David Hula of Virginia and Randy Dowdy of Georgia have been alternating as undisputed winners of the National Corn Growers Association annual yield competition since 2013.
The crown for 2016 goes to Dowdy with a yield of 521 bushels an acre.
Hula, last year’s champion, managed only to came in second in the no-till strip-till division with a yield of 485 bushels an acre.
In 2015, Hula broke the 500-bushel barrier for the first time with a yield of 532 bushels an acre. For 2016, the only other yield over 500 bushels was logged by an entry listed to Kevin Dowdy in the Irrigated division.
That entry was certified at 501 bushels per acre.
This was the first time in the 52-year history of the NCGA contest that two yields surpassed 500 bushels an acre in the same year.
Improved seed varieties, advanced production techniques and innovative growing practices is helping corn growers achieve ever higher yields, according to the NCGA.
Additionally in 2016, a record five national entry surpassed the 400-plus bushel-per-acre mark.
The 2016 contest attracted entries from 7,972 growers.
New Jersey’s nation winners are listed here by rank — first, second and third — and by name, hometown, seed family, and yield in bushels per acre, in that order.
Non-Irrigated
Pat Gilberson, Pemberton, DeKalb, 278.8; Sam Santini, Stewartsville, DeKalb, 265.4; Ralph Gilcerson, Pemberton, DeKalb, 244.6.
Irrigated
Garrett Woolf, Monroe Township, Pioneer, 260.5; Robert Santini, Phillipsburg, DeKalb, 258.8; Marlene DuBois, Pittsgrove, Channel, 255.3.
No-Till Strip-Till Non-Irrigated
Matt Santini, Phillipsburg, DeKalb, 284.7; Thomas Meyer, Pittstown, Hubner Seeds, 274.6; Chris Santini, Stewartsville, DeKalb, 253.6.
No-Till Strip-Till Irrigated
Dominick Santini, Phillipsburg, DeKalb. 253.2; Jeffrey Barlieb, Stewartsville, DeKalb, 262.9
(Editor’s Note: For growers seeking the precise, defined variety planted by the winners, visit www.NCGA.com. Click on contest results and then on state winners.) 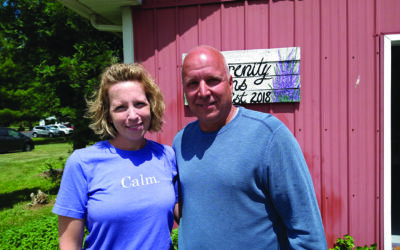