No-till success in processing crops depends on many factors 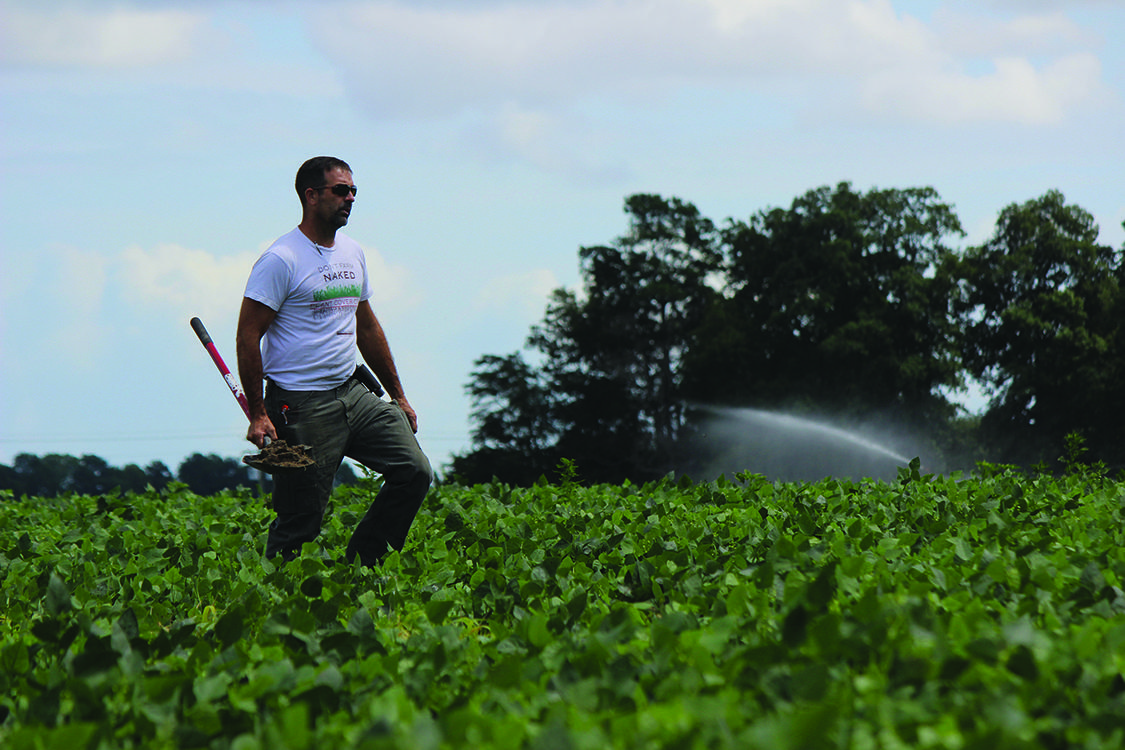 Sussex County farmer Jay Baxter started planting processing lima beans in no-till and minimum-till systems five years ago, to match the practices he was using with the other crops in his operation. (Photo by Sean Clougherty)

GEORGETOWN, Del. — As no-till systems in the region’s commodity crops became more mainstream, growers with acreage in processing vegetable crops got interested in how the practices could transfer.
Research trials by University of Delaware vegetable crop specialist Dr. Gordon Johnson in the mid-2010s showed it was possible, but success depends on several factors.
For some crops, like lima beans, residue from the cover crop can affect harvestability. Seed-to-soil contact and stand emergence are major issues to manage as well. Certain cover crops work better with spring-planted processing crops than summer planted crops and vice versa.
“It can certainly be done successfully,” Johnson said. “You need to really grow the cover crop well to have a successful system.”
In years since, sweet corn and snap bean saw more adoption of no-till and minimum till practices than peas, lima beans and cucumbers, Johnson said, but growers looking to implement a continuous no-till system across their whole farm have found ways to make it work in their operation.
“Right now, it’s ’What can I make work for me on my farm?’” Johnson said of farmers integrating no-till and cover cropping practices. “No matter what crop they’re growing on their farm, they want to make that system work.”
One grower making the system work is Sussex County farmer, Jay Baxter, whose farm hosted this year’s Sussex Conservation District’s annual soil health field day. One of the stops on the event’s field tour was lima beans planted after hairy vetch in a vertical tillage system. Baxter said he planted the vetch in February this year as opposed to last fall to see how much it would grow before planting limas in late June.
He said he’d had success with growing processing sweet corn no-till and several years ago started looking at how to get his lima bean acres to match all the other crops in his operation with reduced tillage and cover crops.
“It seemed counter-productive to go against the system that was working for all the other crops,” Baxter said.
The first year he moved to no-till lima beans, storms from two hurricanes went through Delmarva in a 10-day span. The storms’ excessive rain meant lima bean harvesters had to be pulled through the field to get the crop off, but when they reached Baxters, that year’s no-tilling along with the previous five years lack of tillage and cover crop use helped the machines work across the field without getting stuck.
“When they came to us, they never made a rut,” Baxter said.
The crop’s performance, including it was the processor’s best graded field as others were struck with disease problems from the excess moisture remaining in the fields, got the attention of the company’s owner, Baxter said, who encouraged him to continue the practices. For cover crops preceding lima beans, Baxter has used rye, hairy vetch or a blend of the two. He likes vetch in the system because it is good at cycling nitrogen back into the soil at a time the lima bean crop needs it, precluding the need for a sidedress application.
“We’re not seeing a lag in plant nutrition by cutting out that trip across the field,” he said.
The cover crops help suppress weeds but Baxter said they still have some escapes and go back to the herbicides they used in a conventional system, albeit less frequently.
“There are times when we have weed problems,” he said. “That’s something we constantly work through.”
He’s also made use of a weed wiper they still had at the farm from years ago and noted new technology like the Weed Zapper, which blasts weeds with an electrical charge, could be another alternative.
Baxter said he’s talked with other lima bean growers and some have moved toward a system like his, while others continue to do what works and has worked for them for years.
“What their doing works for them and I truly respect what they’re being able to do on their farms,” Baxter said of farmers utilizing conventional tillage. “I’m just doing what works for my farm.”
Baxter said yields still fluctuate year-to-year, but it’s been a profitable system and furthers the farm’s goals for long-term improvement in soil health.
“The bottom line is really what every business should be focused on,” he said.
From a research perspective, Johnson said farmer interest now is in the use of mustard crops as a bio-fumigant against phytophthora in lima beans and cucumbers.
That was something Johnson and researchers looked into 5-6 years ago and is now seeing a renewed interest in it from growers.