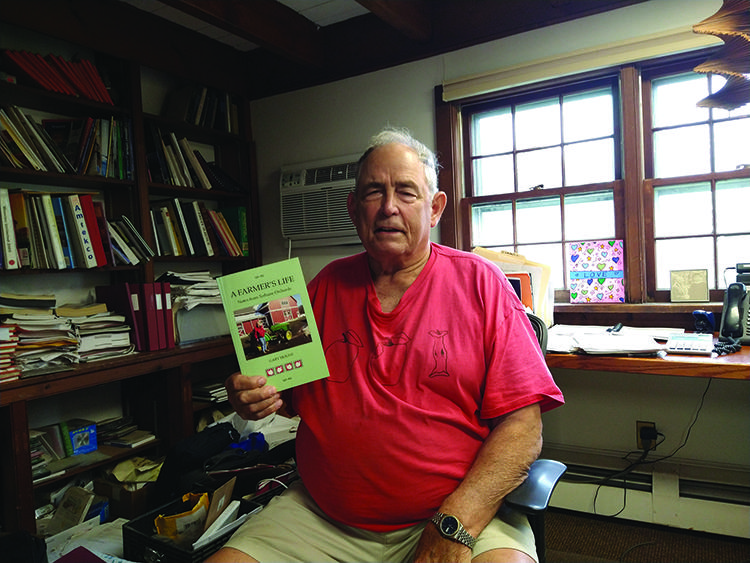 From his home office “library,” Gary Mount holds his new book, “A Farmer’s Life”, a collection of columns and stories from over the years as a farmer and leader in the New Jersey agriculture industry. (Photo by Richard Skelly)