Ort Farms gets some national air on CBS 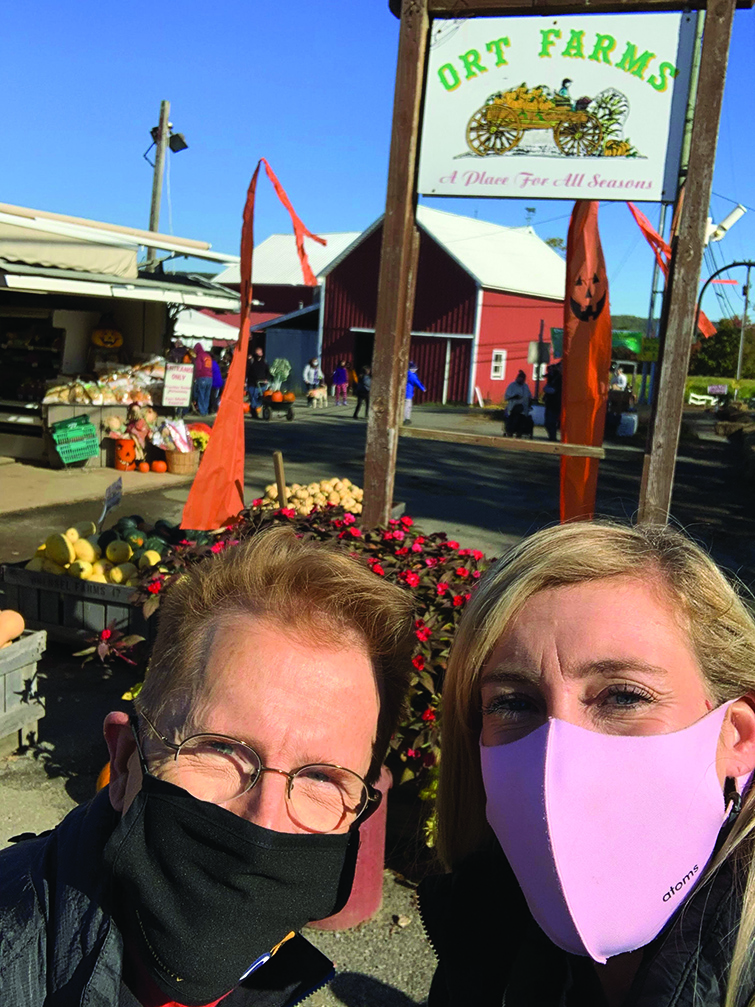 Safely masked up, John Elliot and Nicole Ort Moke pose for a photo during a break in filming a feature of Ort Farms on Oct. 17. (Photo courtesy Nicole Ort Moke)

CHESTER TOWNSHIP — Ort Farms’ already-busy apple season got an extra boost on Saturday, Oct. 17, when John Elliott from CBS-TV News in New York City featured the farm on a morning broadcast.
Nicole Ort Moke said Elliott first visited the farm the Thursday before to check things out.
He told Moke he found the farm online and was impressed they are still doing hayrides which many farms have suspended due to COVID-19. Elliott lives in New Jersey.
“Maybe it’s the Morris County ag bubble,” Moke said, “but a lot of farms are open for hayrides the same as us.”
Elliott told Moke he was raised on a farm as one of six children, so he asked her about growing up on the farm.
As with many New Jersey farms, Ort Farm started as a dairy.
Moke told him the season has been busier than ever with people happy to get out and do something outdoors. “
The weather has really helped,” she added, noting Saturday and Sunday were fine days for hayrides.
She said in a way the pandemic has made crowd control easier. Normally Saturday afternoon and Sunday mornings are extremely busy.
Taking reservation is necessary to limit numbers now so the crowds are spread out.
“People take the time slot they get,” she said, noting no one has been unhappy about having to make a reservation.
Visitors are also cooperative about wearing masks.
“There was a learning curve,” she noted adding the farm put up more signs after the beginning of the season. A reminder recording also plays while people are in line for the hayride.
“We did reduce the capacity of the wagon,” she said, adding there is no enough room for people to be six feet apart.
She said the guidelines provided by Rutgers University Cooperative Extension to farmers and said Elliott was impressed the university offered to provide guidance during the pandemic.