BLACKSBURG, Va. — Sarah Thomas, the 2021 Outstanding Senior in Virginia Tech’s Department of Dairy Science, said she is filled with gratitude for the people in her life and the opportunities that have led her to this honor. Others are grateful for what Thomas has brought to the program at Virginia Tech during her four years here and especially in 2020. 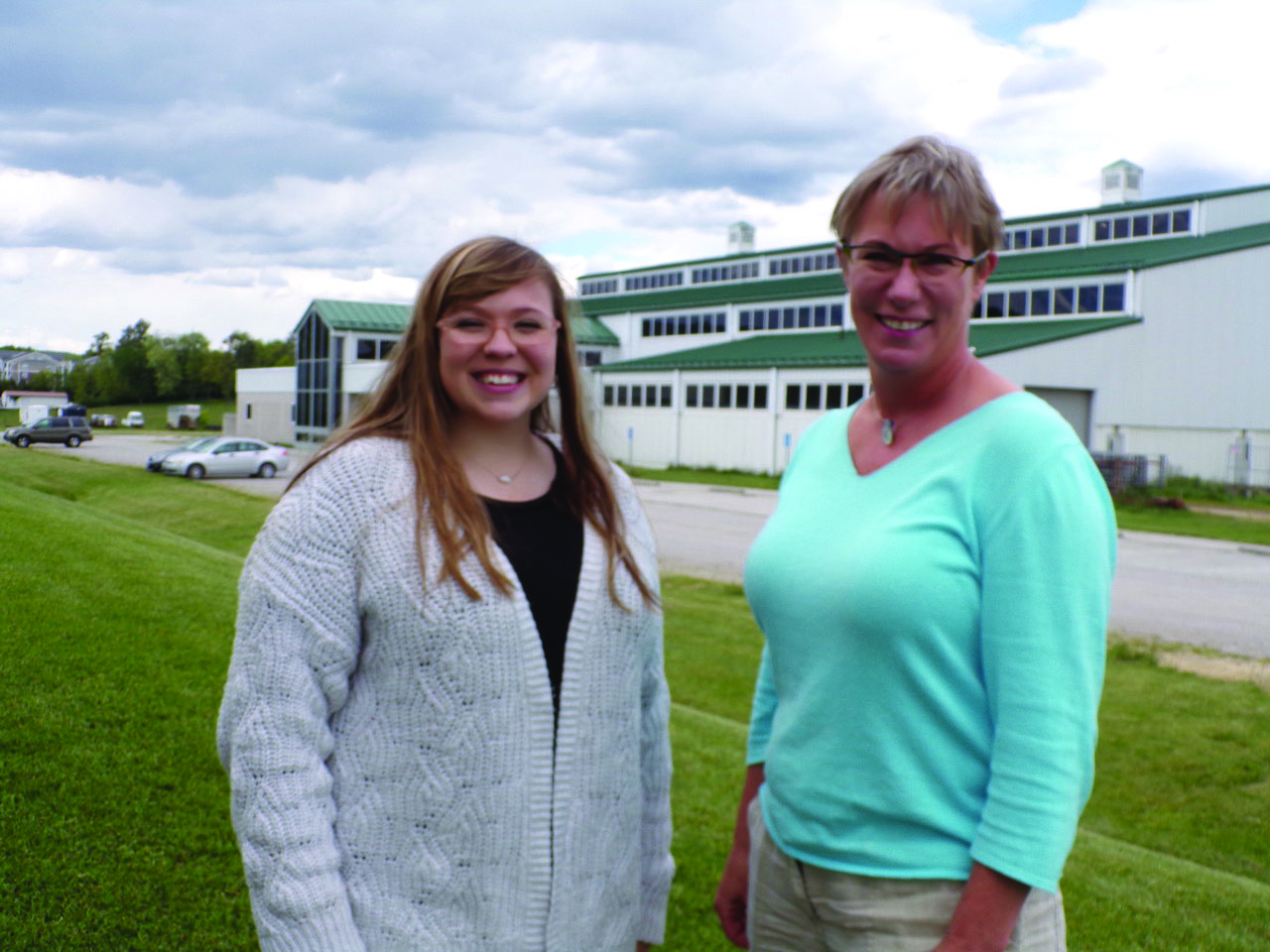 Sarah Thomas and Dr. Katharine Knowlton reminisced on the Virginia Tech campus about Sarah’s years at the university where she studied dairy science, judged dairy cattle and contributed in many ways to life on campus. (Photo by Jane W. Graham)