Pa. farm recovers after not one, but two disasters 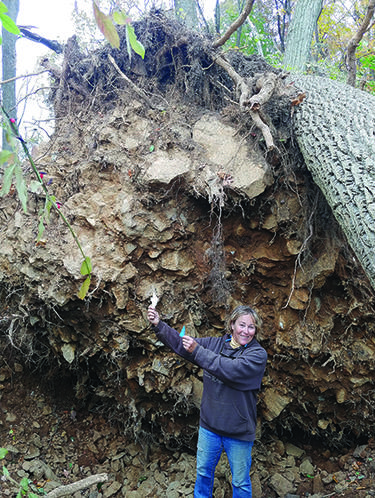 Beside the roots of a tree toppled by the tornado, Dana Pound points to 2-square-inch remnants of a wind-pulverized Adirondack chair. (Photo by Larry Barry)