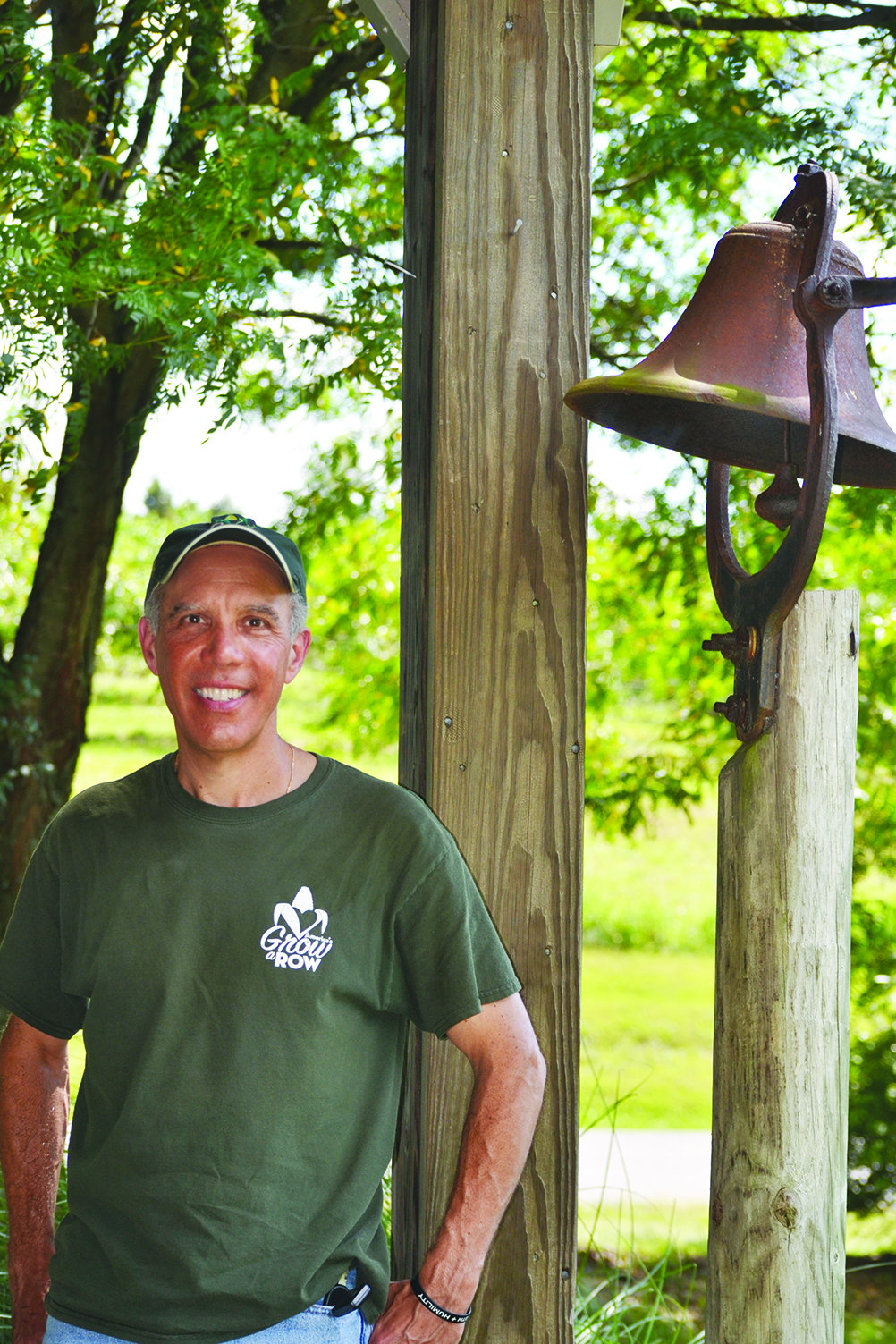 CLINTON TOWNSHIP — After years of providing food for the needy, Valley Crest Farm and Preserve is now part of America’s Grow-a-Row, another non-profit group that supplies food pantries with fresh produce.
Chip Paillex, founder of AGAR, discussed the new land on site.
“We took over the entire 100 acres,” he said, adding “they chose us as an organization to continue the legacy of Valley Crest.”
Valley Crest chose AGAR to continue their legacy, he explained, and gave them the land.
AGAR is continuing the portion of Valley Crest’s work that parallels its own. They are not keeping the CSA. Paillex said they will keep the hiking trails although not the campsites.
The Valley Crest equine facility continues to the operated as before, leased to a private owner, although some of the children coming to help at AGAR will visit the horses.
For now, AGAR will harvest off the five acres of apples and peaches and will eventually expand the yield, Paillex said.
The summer of 2020 is not the same for anyone and AGAR had to make some major changes.
During a normal season, about 9,000 volunteers harvest for the hungry.
This season that wasn’t possible so Jeremy Compton, director of farm management operations, purchased mechanical planting and harvesting equipment and brought in some experienced farmers to assist.
In this way, AGAR will be able to honor its commitment to bring 1.5 million pounds of produce to the hungry while still honoring state and USDA guidelines.
Paillex credits Compton and Marc Wirasnik, director of facilities, crop production and distribution for keeping AGAR on track during the difficult year. He noted Wirasnik has worked for Compton since he was a young boy and Compton had his own farm market. Compton also worked at Rutger’s Snyder Research Farm, he noted.
Usually, over the summer, camp groups and scouts assist with the harvesting and in the process learning more about where their food comes from, Paillex said.
This year the camps held off because of the difficulties of social distancing especially during busing. He did provide some virtual education through video or live feeds, he said.
Valley Crest makes the fourth Hunterdon County farm operated by America’s Grow-a-Row.
The Wolf Road farm was followed by the first Pittstown property which was recently joined by the property across the street.
“We started with a 30-by-30 (foot)plot in 2002 and now we farm 430 acres,” Paillex said.
He intends to keep the farms consolidated in Hunterdon County.
He would rather have the produce come from a central location and delivered to where it’s needed.
AGAR delivers mostly in New Jersey, New York and Pennsylvania but goes as far as Virginia, West Virginia, Maryland and Connecticut.
About 90 percent goes to the hungry through food banks.
Although some food has been delivered personally in the past, this year, the food banks do all of the distribution.
Paillex said he is happy with the new expansion. There are a couple of buildings on the site, including a workshop and gallery that can be used by AGAR when things return to normal.