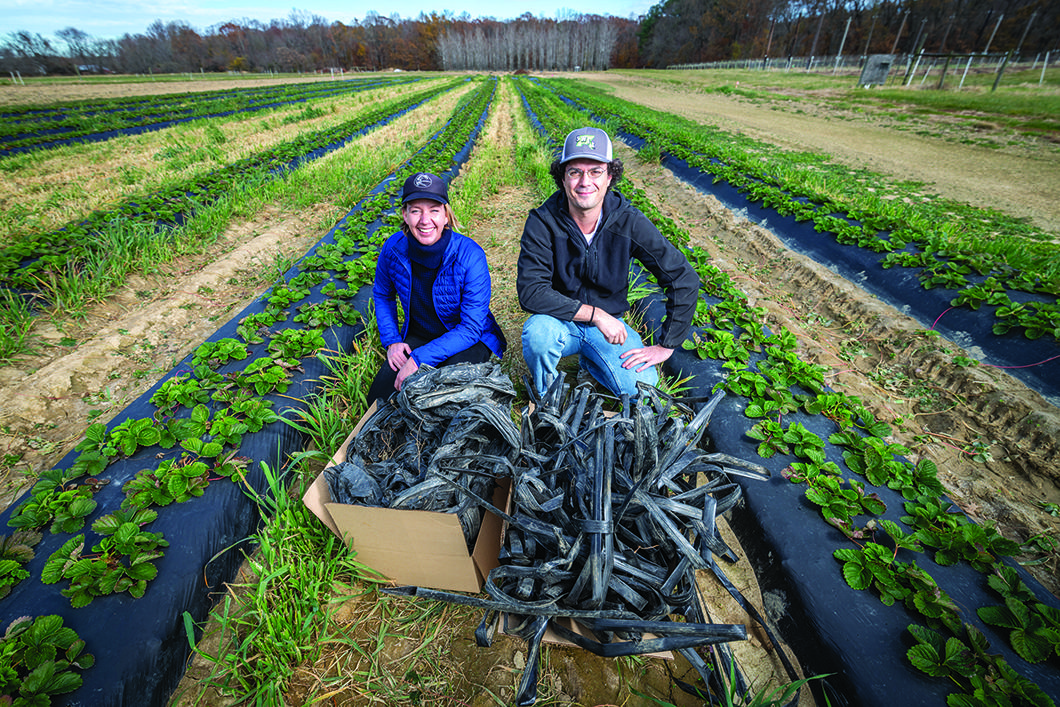 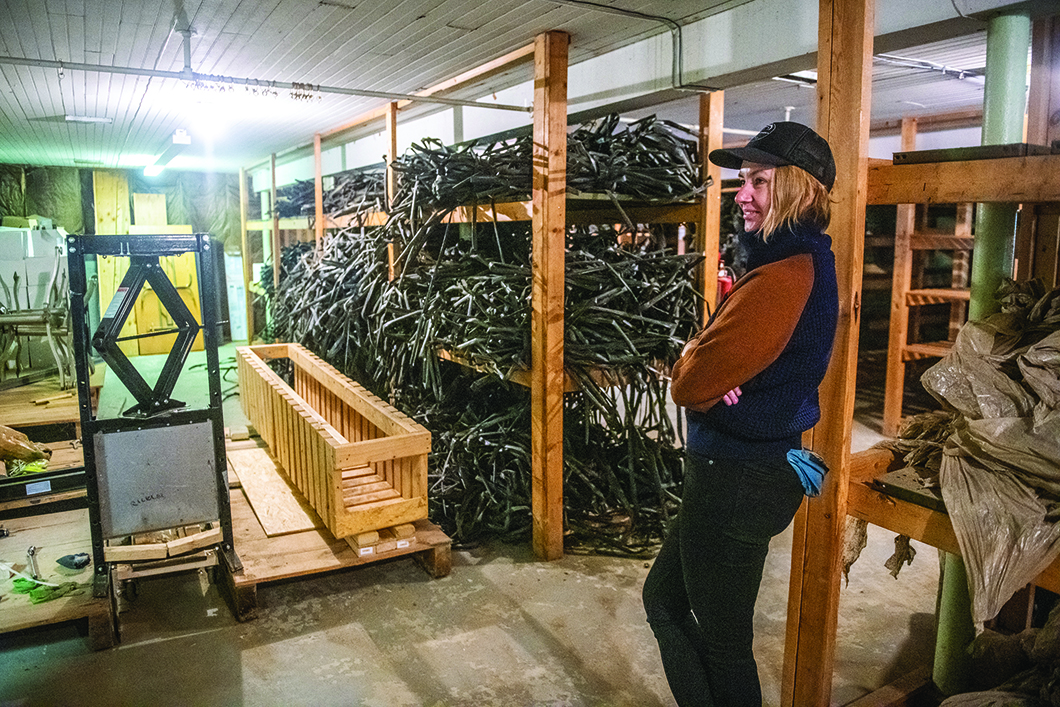 With workshop space given to them at the University of Maryland’s Wye Research and Education Center, Krisztina Christmon, above, and her team have been working toward a recycling solution for several different types of agricultural plastics, including plastic mulch and drip tape, feed bags and bale wrapping. Led by Christmon and Benjamin Rickles, top, their startup company Repurpose Farm Plastic aims to give area farmers a viable option for recycling agricultural plastic. (Photos by Edwin Remsberg)

COLLEGE PARK, Md. — Krisztina Christmon was on track for a career in entomology when two years ago, concern about plastic waste opened a new path.
A doctoral student studying parasites that affect honeybees in the University of Maryland’s College of Agriculture and Natural Resources, Christmon was intrigued by the topic posed in the college’s 2020 AgEnterprise Challenge: Find an alternative use for out-of-service poultry houses in the state and region.
The AgEnterprise Challenge is an initiative of the College of Agriculture and Natural Resources to promote innovation and entrepreneurship in agriculture, natural resources, and environmental sustainability.
Open to the entire university, student groups tackle ag and natural resources specific issues in a competition against their peers.
Christmon’s idea, which won the fall challenge that year, was to use the vacant poultry houses for storage and staging of agricultural plastics as part of a sustainable recycling process.
Single-use plastics in farming, whether it’s bags for feed and grains, wrapping for hay bales or mulch for vegetable rows, have led to great improvements in crop production. Aside from state funded pesticide container recycling programs, there aren’t many options in the region for recycling agricultural plastics after their intended purpose..
“Plastic films and tubing are essential for farming but at the end of the season most of these materials end up in landfills, burnt in the field, or buried in the soil,” Christmon said in winter edition of the college’s Momentum magazine. “The safer alternative would be to recycle them; however the recycling infrastructure of the U.S. is not equipped to handle many farm plastics.”
With the contest’s cash prize and guidance from the National Science Foundation’s ICorp program, Christmon launched Repurpose Farm Plastic LLC, with the commitment to help farmers on the Eastern Shore and beyond reach a viable recycling option for agricultural plastic by 2030.
Benjamin Rickles, a doctoral student in UMD’s Neuroscience and Cognitive Science program, came aboard as the company’s chief technology officer and they also enlisted a team of engineering students to help design and build a prototype machine to mechanically clean the plastic waste to make it more suitable for recycling.
With workshop space afforded them at the college’s Wye Research and Education Center, Christmon and her team have been working with several different types of agricultural plastics, including plastic mulch and drip tape, feed bags and bale wrapping.
“It’s a dirty business,” she laughed.
Most recycling methods use some form of washing to clean the plastic and then dry it for recycling, both time consuming and costly steps, she said.
Christmon said her goal is to establish a process without washing that’s scalable for small communities and areas with considerable plastic waste but not enough to justify a traditional facility.
Christmon said according to estimates, Maryland farmers use between 200 and 800 tons of plastics on the farm annually.
Delaware and Virginia also have extensive acreages in plasticulture with large melon and tomato growing areas.
“We hope it could be a solution for other small states and communities,” she said.
She said they expect to have their machine ready for testing next month.
A startup company was something Christmon said she never envisioned in her education and career path. Growing up in Hungary, Christmon earned a graduate degree in the United Kingdom before coming to Maryland for a PhD. She said she’s still committed to her entomology research, but also seeing through on her startup’s vision for plastic recycling.
“I thought I would be a hard-core scientist solving problems with honeybees,” she said. “Something just changed within me. It took me a year but I’m pretty sure this is what I’m supposed to do.”
Along with developing their equipment, Christmon and Rickles have sought feedback from area farmers about their needs in making a recycling process a viable option for them.
So far, Christmon said all the farmers they have talked with a said they would be willing to pay the same for recycling as they’re paying to have it disposed of as trash. That helps set their economic parameters, she said, knowing what they will have to compete with.
She said they are still seeking input from farmers who can contact them through the company’s website, https://repurposefarmplastic.com.