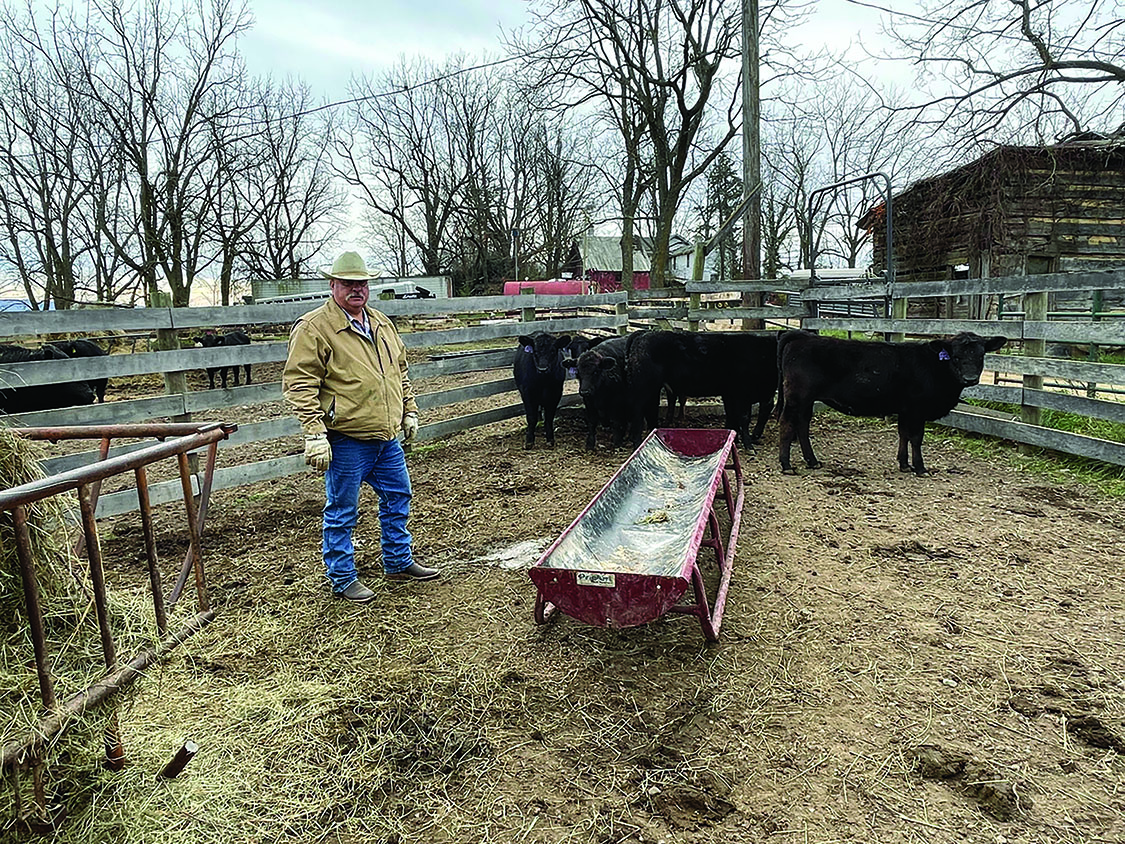 John Jones, a former Virginia state police officer injured in the line of duty, checks a pen of feeder calves. Jones, who grew up with cattle, turned to them when he suffered injuries on the job that ended his law enforcement career. An unknown driver rammed a car into Jones and left him for dead on a country road. (Photo courtesy Marcella Jones)