Poultry growers urged to stay on guard against avian influenza 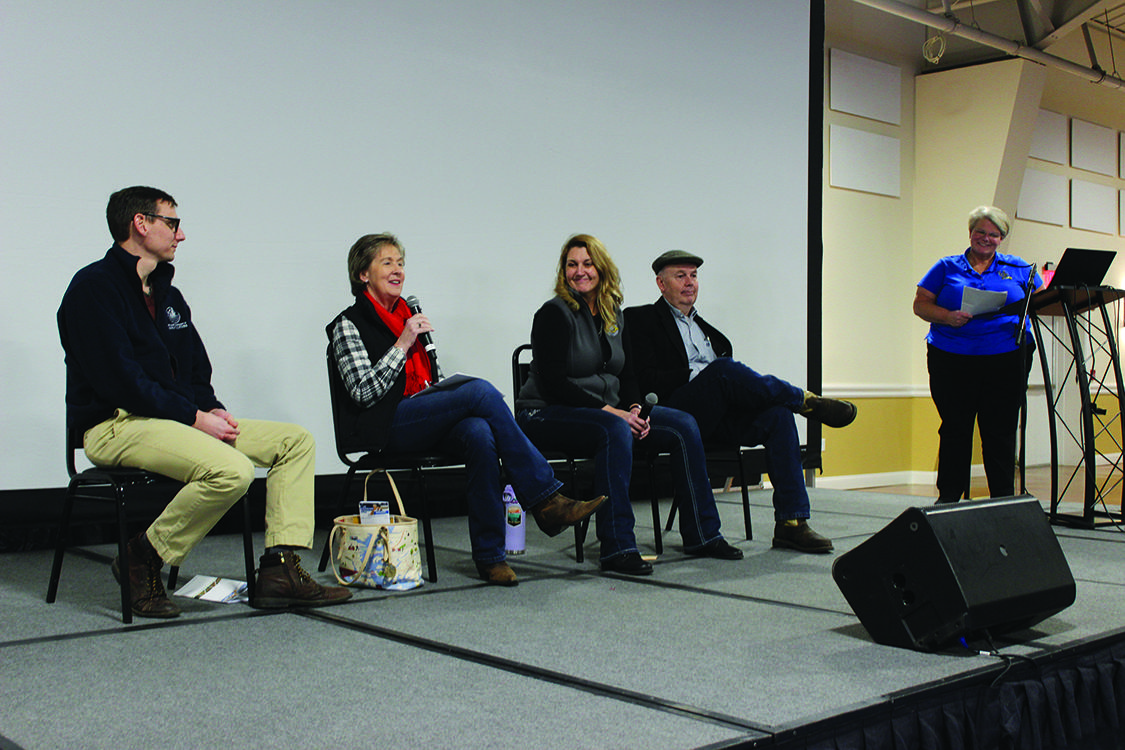 HARRINGTON, Del. — Avian influenza remains a consistent threat to poultry farms, and growers need to stay prepared to keep if off their farm and react if it shows up anyway.
That message was hammered home to poultry growers and farmers on the opening day of Delaware Agriculture Week, through a series of poultry-focused sessions.
Dr. Karen Lopez, state veterinarian for Delaware, said what’s challenging in the current fight against highly pathogenic avian influenza is that it’s mainly moving via wildlife carrying it onto farms compared to the outbreak in 2014 and 2015 that had more “lateral spread” between farms with less biosecurity in place.
It goes beyond waterfowl as well, with vultures contracting the disease by eating sick birds and passing it among themselves, and some wild mammal species like raccoon, skunk and bear have had positive tests.
With the threat coming more from wildlife, good biosecurity, especially having dedicated footwear for each house and leaving that footwear in the house is as important as ever, speakers said.
“We preach biosecurity but do we live it?” asked Jonathan Moyle, University of Maryland Poultry specialist. “Be aware that (the threat is) always there. Just take the precautions.”
Georgie Cartanza, University of Delaware poultry Extension agent and a poultry grower urged the audience to look at biosecurity measures in terms of what is at stake if avian influence comes to a farm rather than the extra time and cost that good biosecurity takes.
Speaking for a grower who went through a positive case and depopulation on his farm, Jenny Rhodes, agriculture Extension agent for Queen Anne’s County and a poultry grower, said the grower got more strict on dedicated footwear in the houses, even if it’s a quick task.
After the experience the grower went through, “putting that extra pair of boots on is no big deal,” Rhodes said.
Regarding vultures, Kevin Sullivan, state director for USDA Animal and Plant Health Inspection Service’s Wildlife Services for Maryland Delaware and Washington D.C., said some sites in Maryland have had more than 500 vultures die.
“We can’t pick them up fast enough,” he said.
Sullivan discussed ways to haze and harass wild birds to keep them away from poultry farms as well as make the farm less inviting by cleaning up spilled feed, stringing wire across farm ponds and fully enclosing composters.
If those measures are ineffective, Sullivan said control permits are available from the U.S Fish and Wildlife Service and Sullivan said his division can help farmers in the permitting process.
Moyle and Rhodes joined other poultry industry representatives on a panel discussion of working through the incidences of the disease on Delmarva farms last year.
Considering the concentration of poultry farms on Delmarva, having only two broiler farms last year test positive “says a lot about the work each of you do to prevent the disease from coming onto your farms,” said Jenny Rhodes, agriculture Extension agent for Queen Anne’s County and a poultry grower.
But it’s still important to be vigilant and Moyle said maintaining good footwear practices can be the “easiest and hardest thing to do.”
Panelists were asked to describe how information is sent out in the instance of a positive case.
“We want the word to get out so everyone can prepare,” said Chris Brosch, Delaware Nutrient Management Program administrator said, but the state has to follow a process for confirming a positive case, which takes time and includes government notifying international trade partners. “Yes, word travels faster than ‘official’ word but we’re doing everything we can.”
Holly Porter, executive director of the Delmarva Chicken Association, said once a positive case is confirmed, communication is sent to the association’s entire membership via e-mail and she added it will soon have texting capability.
In an earlier session, Josh Payne, technical services director for Poultry Guard, offered his experiences outside the Delmarva region in composting mortalities on farms that tested positive for Highly pathogenic avian influenza.
Nationwide, he said total mortalities due to HPAI in 2022 reached 58 million birds, passing the 2015 outbreak’s total of about 50 million birds, and positive cases in wildlife and on farms are still occurring.
“It’s now widespread with this one; it doesn’t seem to be going away,” Payne said.
Payne urged growers to have a plan in place for having a confirmed case of HPAI and how mortalities will be handled after depopulation and once birds are removed, how to achieve virus elimination to get back in production.
If composting, having a carbon source identified is helpful in getting the process going.
Another point to consider is if the farmer will do the work themselves or hire contractors.
“I’d rather you not have to do any of this ever, so biosecurity is so important,” Payne said.
For anyone who goes through a confirmed case and depopulation, an approved biosecurity plan is required to be eligible for federal indemnity payments.
Panelists said that plan is generally part of the contract with an integrator but Moyle added it’s something that could be strengthened or customized for each farm.
“You should know where it is and how to find it,” he said.