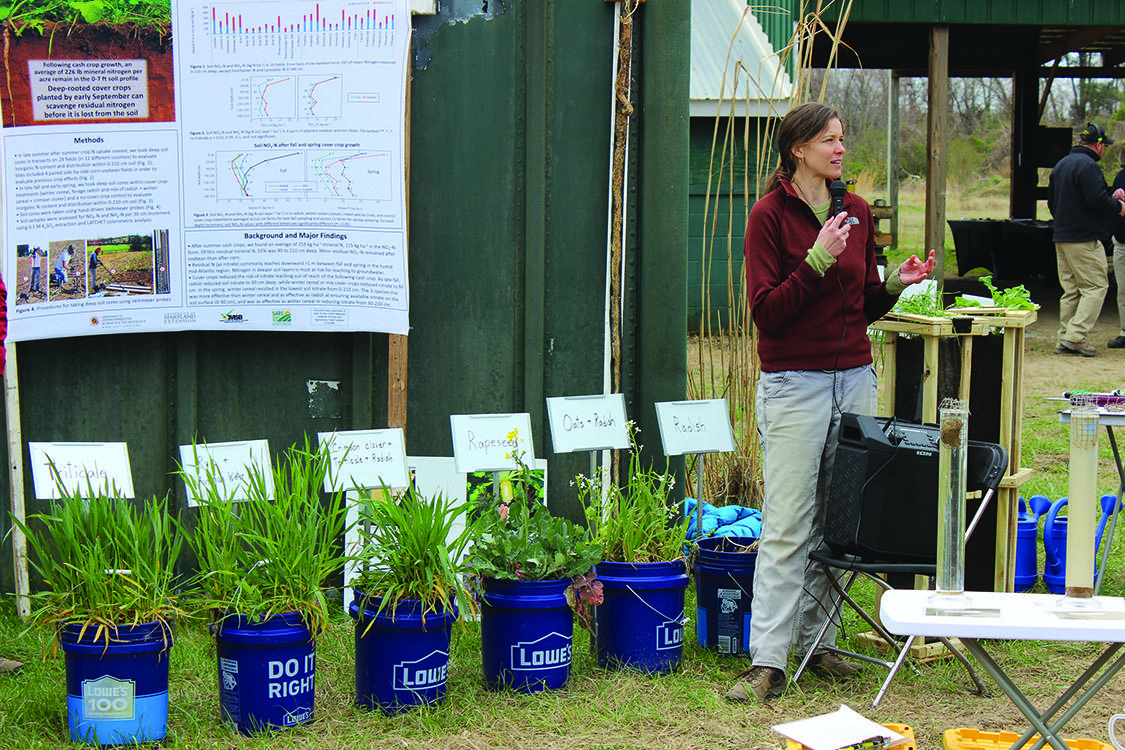 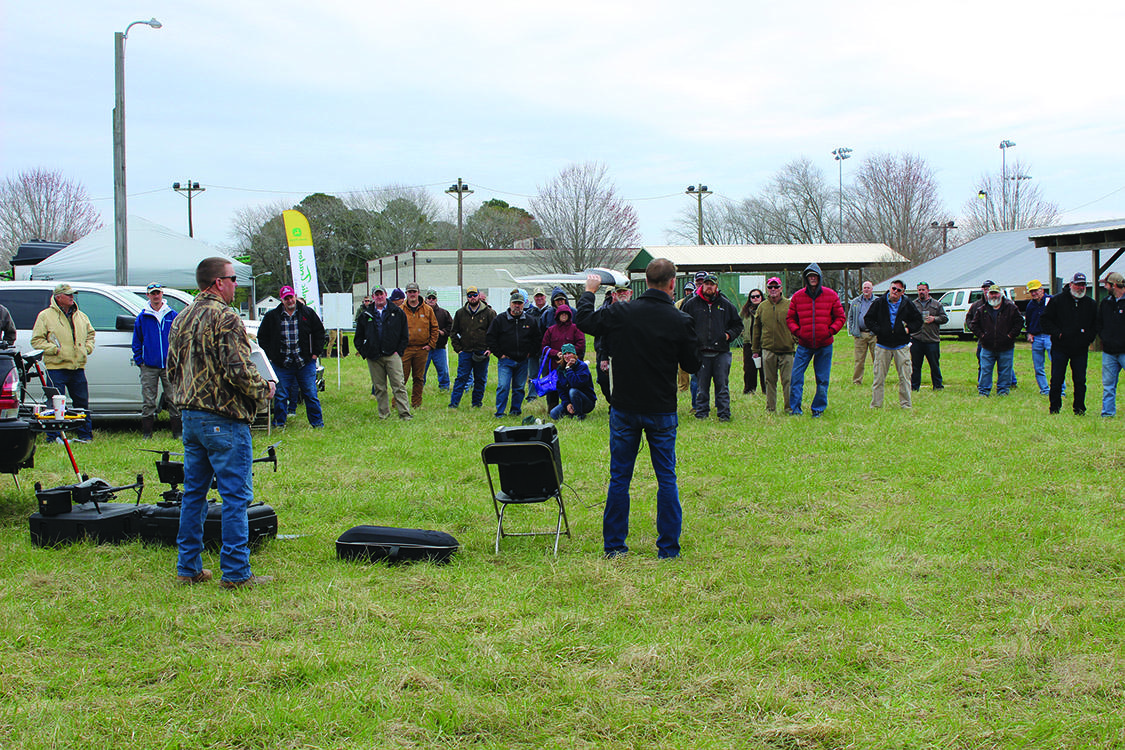 PRINCESS ANNE, Md. — The drastic climb in input prices for crop production is putting even more emphasis on using them as efficiently as possible.
The University of Maryland Extension’s Lower Shore Precision Agriculture Day on March 30 featured a range of tools to help farmers accomplish that effort.
“Farming comes down to how are you going to make a profit and keep your business going,” said Sarah Hirsh, UME agriculture and natural resources agent for Somerset County. “We thought this would be a good way to bring the ag community together and talk about some important issues.”
Presentations ranging from grid sampling, electrical conductivity mapping, drone use, advances in spray equipment, weed management and cover crops all focused on increasing production by improving on specific issues.
“The world we live in now is dictating we need to change our approach to things,” said Cole Thomas, representative for Simplot Grower Solutions who discussed grid sampling and variable rate application. “We’ve got to be a little more targeted and a little more practical in how we spend our money.”
Thomas said grid sampling can create a clearer picture of the more productive and less productive areas of a field and which can be matched with variable rate application technology.
Thomas said in most cases, using and acting on grid sampling will cost more than applying standard rate across the field, but profitability often rises with the better areas producing more.
Another form of field mapping is electrical conductivity sampling, which Dr. Jarrod Milller, University of Delaware Cooperative Extension agronomist, has studied.
Through using either electrical conductivity sensors or electromagnetic induction, soil EC sampling measures the electrical current in soil, which correlates very well with several soil properties.
Soils prone to drought or excessive water will show variations in soil texture that can be delineated using soil electrical conductivity. Since water-holding capacity is intimately linked to crop yields, there is enormous potential to use soil electrical conductivity measurements to delineate areas with different yield potential.
Soil EC sampling also can delineate differences in organic matter content and cation exchange capacity.
Miller said it doesn’t take the place of soil sampling, however.
“You don’t get away from taking soil samples,” he said. “This tells you when to sample further.”
Miller also discussed the various types of drones he uses in research trials, but emphasized the need for a good agronomy background to get the most out of any precision agricultural tool.
“If you don’t have knowledge about soils and drainage and high and low production, these tools aren’t going to help you as much,” he said.
Geno Lowe, a Hebron, Md. farmer who attended the field day said with input prices so high, any way growers can maximize their efficiency this year is worth considering.
“It’s just crazy what it’s going to cost to grow a crop this year,” he said. “You’ve got to put a pencil to it and make it work.”
Weighing the costs and benefits of any precision ag tool is key in that consideration, added Lowe.
“You’ve got to wrap your head around it,” he said. “Is it going to pay for itself?”
Aside from new equipment, a precision ag mindset can carry over into agronomic practices like cover crops and weed management, Extension staff said.
Hirsh said different cover crops can be targeted to address a specific issue like compaction, weeds or nutrient management.
“We’re trying to be specific about the species and think about it in a precision agriculture type of way,” she said.
Dr. Kurt Vollmer, UME weed management specialist, spoke similarly about weed control.
With some chemical products anticipated to be in short supply, Vollmer said it’s even more importat to follow the “3Rs” of good weed management — using the right herbicide, at the right rate and at the right time — because no one product will do it all.
“There are no silver bullets when it comes to herbicides,” he said.