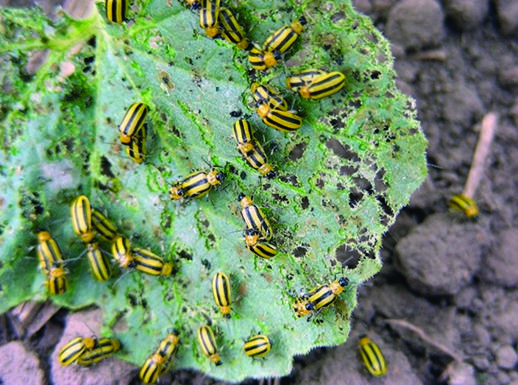 In the next few weeks, farmers will be harvesting pumpkins – a favorite of the season. Pumpkins are grown throughout the three Delmarva states. And this crop is big business for farmers in the region.
Virginia is one of the five largest producers of pumpkins in the United States, according to the USDA.
Pumpkin patches are also plentiful throughout Maryland and Delaware.
The 2020 Virginia Agricultural Statistics Annual Bulletin issued by the USDA indicated that Virginia farmers produced $16,427,000 worth of pumpkins in 2019.
This represented an increase from $15,366,000 harvested in 2018, and $10,348,000 produced in 2017. USDA reported 600 acres of pumpkins in Virginia in 2019.
“The pumpkin growing season has been pretty good this year for most Mid-Atlantic growers,” said Gerald Brust, Integrated Pest Management and vegetable crops specialist at the University of Maryland’s College of Agriculture and Natural Resources. “Although, some growers have had good rains while others have been a little dry, but not droughty.
“The biggest problems with pumpkins now are foliar diseases such as downy mildew, powdery mildew, and Plectosporium blight.
Downy mildew is the most troublesome as it can reduce yields greatly if it goes untreated.
However, all these foliar diseases can be managed with well-timed fungicide applications.
“At this point in time, squash bugs, striped cucumber beetles, and squash vine borers are the biggest insect problems in pumpkins,” Brust continued. “Squash bugs feed on leaves and when they do this they inject enzymes into the leaf that break down cells which allows the bugs to suckup the contents. When they inject the enzymes it causes leaf tissue to turn yellow and eventually die; this can reduce the pumpkin plant’s ability to photosynthesize and reduces yields and quality of pumpkins. This loss of yield usually occurs when there are many squash bug immatures and adults feeding on a pumpkin plant.
“This pest needs to be controlled when the adults are laying eggs, which started [in August]…It is difficult to control them once there are several different instars (growth stages of immatures) in the field.”
Brust said striped cucumber beetles showed moderate to high populations earlier in the season and now are in moderate populations where they can feed on the pumpkins themselves making them less marketable.
“For squash bugs and striped cucumber beetles there are insecticides that can be used but the timing is usually a little late when there are too many squash bugs or striped cucumber beetles and the damage is noticed too late,” Brust said. “Speaking of too late is what usually happens with squash vine borer as the eggs were laid back in June by this moth at the base of small pumpkin plants. The larvae hatch from these eggs and bore into the base of the plant and feed inside the stem.
“By the time growers see plants wilting and dying, about now, it is too late to do anything about the pest.”
One aspect of production that farmers cannot control is the weather.
“Excess rain increases the risk for fruit rot,” said Gordon Johnson, University of Delaware Extension fruits and vegetable specialist.
Johnson said some of the pest problems affecting pumpkins are soil-borne.
“It’s best to keep the pumpkin plants off of the bare ground.”
Using stubble from a cover crop as mulch or using plastic sheeting can help minimize risks,” he said.
Some farmers will double crop by growing strawberries in the spring and then, in the summer, plant pumpkins on the same beds.
“Rotating out of pumpkin and other vine crops for a minimum of three years helps avoid soil-borne diseases and pests,” Johnson said. “Four or five years is even better. The longer, the better.”
Brust added ways to minimize the impact of squash bugs or striped cucumber beetles in the future would include rotating pumpkin crops one-half mile away from the previous year’s pumpkins or squash fields to reduce any damage from this pest.
The other thing that could be done is directing an insecticide application to the base of the plant at the beginning of the planting season that typically starts in June of each year.