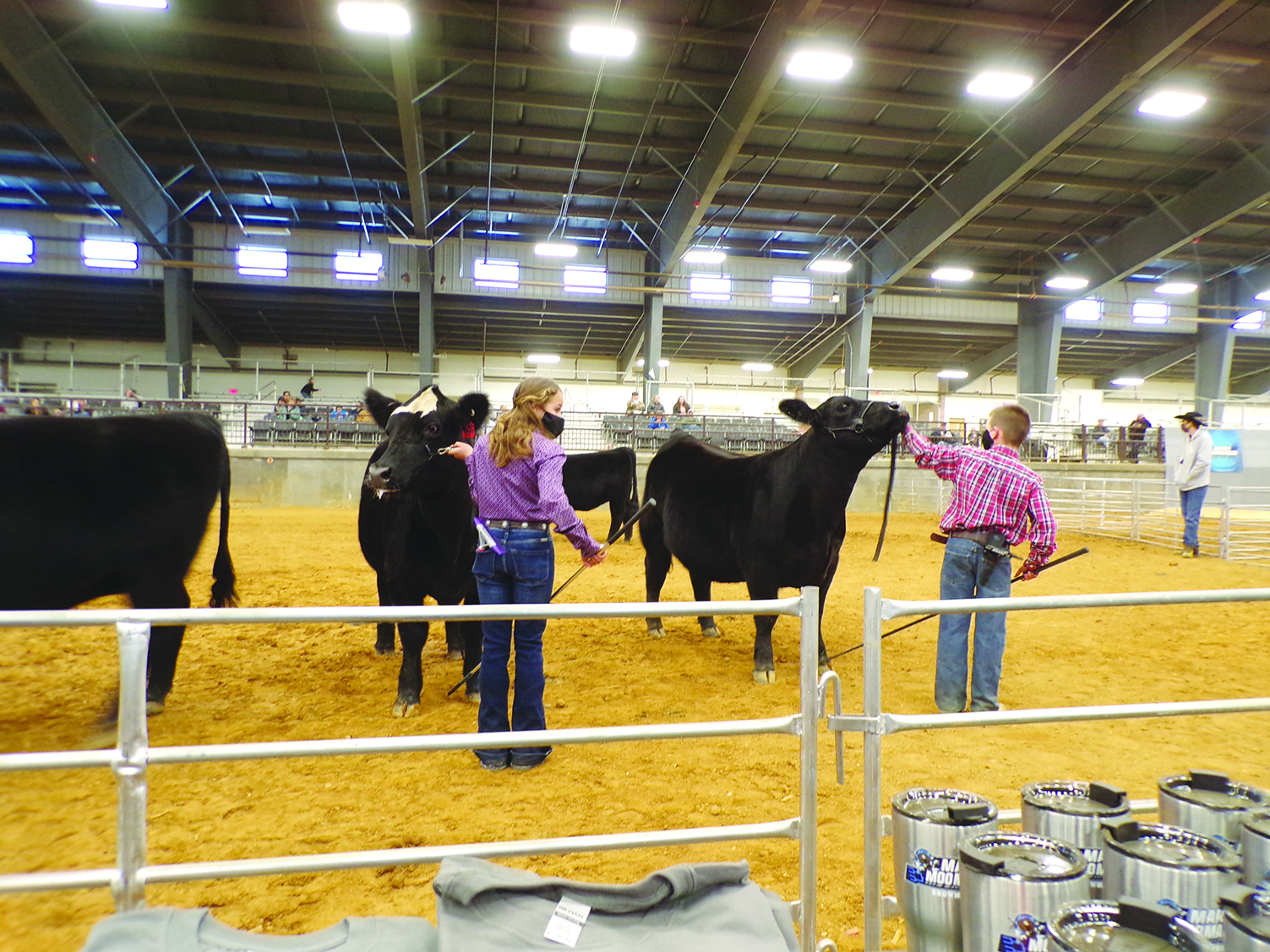 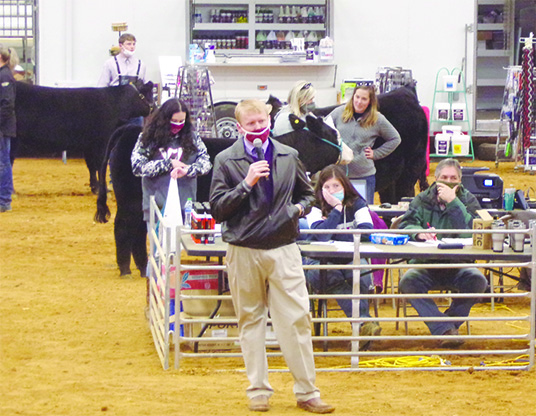 WYTHEVILLE, Va. — The Virginia Junior Simmental Association’s March Moo Madness Youth Livestock Show on March 20 attracted 75 young livestock owners who exhibited 85 head of registered and commercial cattle from three states during the day.
The quality of the animals was notable throughout, according to the judge.
“If this is typical of the cattle you have in Virginia I want to come back,” show judge Brett Crow told the exhibitors. He faced the task of choosing the champion and grand champion heifers from eight heifers in the final round of competition.
Following the show, he said all of those heifers were phenomenal.
“Any of those would have won anywhere in the country,” Crow said.
This is the second year the association has held a spring show at the APEX Center here.
Crow has been a member of national winning livestock judging teams and coached some as well. He recently returned to his home community of Danville, Ala., after coaching the livestock judging team at Mississippi State University for eight years. He now works as a county Extension coordinator and on the family farm.
This show seemed to be a sign that things are changing again, for the better this time.
The event was a family-oriented event in the large APEX center. It provided space and fresh air for people to have family members of all ages to work together and visit safely with others.
Children played about the arena. Some little boys had brought their toy trucks and tractors and were playing in the dirt and sand on the outskirts of the arena floor. Little girls carried dolls under their arms and at least one infant slept in a stroller.
Exhibitors ranged from six years old to those in their late teens with parents and grandparents, siblings and friends lending a hand with the many chores necessary to get show animals ready for competition.
Kelly Thomas of Meadow View, Va., said she was glad to have the independent show for youth. She said they had been to a couple others this year as pandemic restrictions became less strict. People at the were following CDC recommendations throughout the facility.
“I think it is a place where we can feel safe and compete with like-minded people,” Kelly said while watching her daughter Carley show her heifer.
Kelly said Carley is the third generation of her family to show cattle. Her grandfather, Bobby Thomas, was there to help as well as her parents.
Members of the Virginia Tech Youth Livestock Council were on hand to help with the event, assisting officials with paperwork and running errands.
“We are here to support the people putting on the show and to advocate and show support in the beef industry,” Emma Rader from Ocean View, Del., president of the council said. She said she hopes to become a veterinarian.
The show was a first for Virginia Tech student Hannah Williams of Farmham, Va. She had recently learned to halter-break a calf in Dr. Dan Eversole’s class at the university and was enjoying watching exhibitors lead their animals.
Cody Campbell from South Hills, Va., and Jackson Thurman from Richmond, Va., were also on hand to help out and learn. Campbell said his family raises goats on their farm. Thurman, a city kid, said he had a desire to be involved in the industry of agriculture, but not in farming. He added he is considering accounting or insurance as a career choice.
Baily Watson, a council member whose family raises cattle in the Fort Chiswell community where APEX, is located is a first-year student at VT. She sees its potential for the future.
“I support it because I like to see these agricultural events,” she concluded.