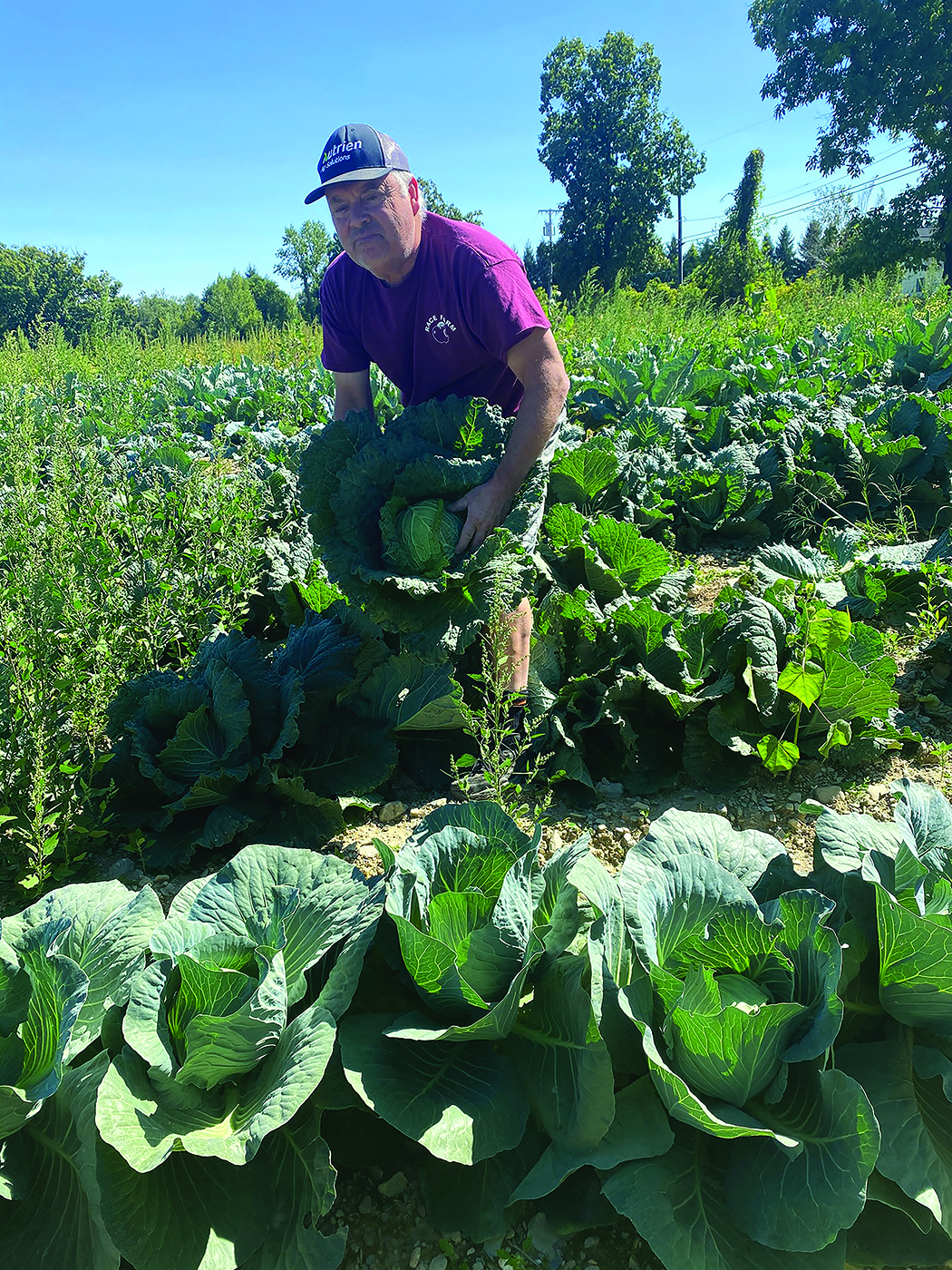 Blairstown — “The farm was bought in ’38,” says Doug Race, discussing the day back 72 years ago when Carl Race, a New Jersey State Agriculture Manager, and his wife Flora purchased 50 acres of land.
Race Farm LLC offers a Pick-Your-Own operation, but also has a year-round market on Route 94.
“That’s seven-days-a-week, and then we do the tailgate markets — the farmer markets,” Doug says. For the fall, tomatoes, peppers, eggplant, beans, pick-your-own corn, apples, peaches, plums, and pumpkins are available. Race Farm LLC does not do the agri-entertainment that most farms do, choosing to keep it basic. “Everybody has their own clientele on that one,” he says.
Per Doug, his grandparents in the early days on weekends drove from their home in Trenton. Carl would sell his produce down at the Paterson Market, and would also sell wholesale to local grocery stores in the 1960s. “My grandfather turned the farm over to my dad (Carl Jr.) in the late ‘60s, early 1970s, and that’s when he purchased the property down on the local highway and put in a little retail market down there. At that time—- and he certainly didn’t create Pick-Your-Own — but he just decided, the way he told it to me was, ‘I looked out, and I saw 15 acres of apples, and I don’t have a place to sell them.’ So, he ran an ad in the Dover Advance, and he was sold out in two weekends. It just kind of took off from there.”
Doug, 62, who has been involved since high school, in 2000 took over the operation, along with his wife Jeanny, son Ryan (who does most of the field production), and daughter Devin, who manages the Route 94 location. “My grandfather was farming back in the ‘50s right up until the 70’s, when he gave it over to my father. My father was a self-taught farmer; did very well. Between him and my mom (Joyce) and myself, we turned it into a good, modern, successful business, and that’s what I inherited in 2000.”
Race Farm LLC, a preserved farm, has expanded its product line. “That’s our core,” says Doug. “We sell local caught seafood, meats, local made cheeses and raviolis. My wife — we had a little bakery here years ago — my wife has transitioned that over into a healthy food line. Soups and salads, that’s become very big. It’s like a commercial kitchen here on the farm. So, we’ve updated I guess you can say. We’re ever revolving.”
Ryan, 36, started his own corn and hay operation in 2000. He’s now up to 150 acres of corn. Race Farm LLC itself is 80 acres; both Doug and Ryan also lease 300 acres of land offsite to farm.
“Corn I think is a little bit easier crop to start with as far as getting a crop,” Ryan says.
“There’s three families — almost four — making a living off of this place,” says Doug. He looks at his son. “He’s got a good future ahead of him.”
“Everybody has different ideas,” says Ryan.
“We start out in the spring here,” says Doug. “We have five greenhouses, so we do a lot of our own bedding plants. We do our own vegetable plants. Then it goes into strawberries — we were out of the berry game for years and then we got back in it — if you can grow it, we take a whack at it. We put a couple acres of blueberries in a few years ago, and that seemed to be a good move. Generally, it’s been an exceptional year for us.”
Doug told both Ryan and Devin to “do it because you love it. I said, ‘You’ll make a living at it, you definitely can make a living at it, but you’re not going to get rich. If you want that six figures job, get your masters or something and go that way. I was just born and raised into it, and he (Ryan) seemed to be the same way. Devin was a little bit of a surprise; she just announced one day that she wanted to be a farmer, and I said, ‘OK, what do we do with you?’ I wasn’t looking that far ahead, but it just felt natural that my mom was retiring — she ran the market — she basically mentored Devin for a few years and then Devin took it over.”
“It’s a lifestyle choice,” says Ryan. “You more or less put your day together how you want.”
“It is a lifestyle,” adds Doug, “but you have to run it like a business.”
“It’s a perk,” responds Ryan. “If I didn’t enjoy what I was doing I wouldn’t be doing it.”
Doug laughs as he says, “People (in the corporate world) will say to me, ‘How do you do it?’ And then I’ll say, ‘How do you do it?’”