Recent string of burglaries believed to be related 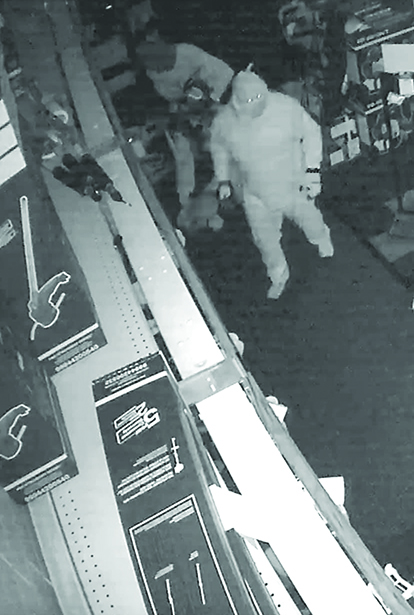 Police believe a group of thieves who ransacked a farm equipment store in Kent County, Md., are responsible for two similar burglaries in eastern Pennsylvania earlier this month.

In each of the three incidents, the masked burglars arrived in a van with license plates obscured early in the morning. They broke in through a window or the front door, and in the Pennsylvania break-ins, they were able to flee before police arrived, despite setting off store alarms.

As far as police know, their spree began Aug. 27 when they broke in through a large display window at Atlantic Tractor in Chestertown, Md., early in the morning before fleeing with thousands of dollars worth of equipment, including a chainsaw and weed eaters.

One week later on Sept. 3, four men broke into CDI Lawn Equipment through a window in Collegeville, Pa., northwest of Philadelphia at 1:34 a.m. and stole 14 items, including a collection of chainsaws, trimmers and backpack blowers. They set off the alarm and fled within minutes, Nastasi said.

Police believe the men immediately drove south and burglarized Main Line Mowing in Berwyn, Pa., at about 2:20 a.m., said Det. Sgt. Mike Sesher of the Easttown Township Police Department. The men broke in through the front door and set off the alarm before fleeing with about $7,000 in landscaping equipment.

Following all three burglaries, investigating police departments have circulated serial numbers of all stolen equipment throughout the regional landscaping industry in case any of it is resold there.

“Chances are they’re not starting a landscaping business,” Nastasi said.

All three burglaries remain under investigation.