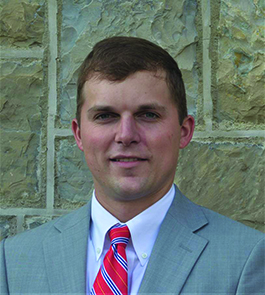 The Virginia Cattlemen’s Association has chosen Brandon Reeves to be its new executive director.

DALEVILLE, Va. — The Virginia Cattlemen’s Association has chosen a Virginia native to be its new executive director.
Brandon Reeves has been involved in the industry his entire life and brings experiences and credentials from across a broad spectrum to the job that started on Jan. 1.
“I’m really excited to be back in Virginia and be part of the industry I’m passionate about,” Reeves said. “My goal is for us to be the most effective cattlemen’s association that there is.”
Reeves said there are three things he wants to focus on in the new job.
His first is to continue promoting Virginia cattlemen and providing them the marketing opportunities they need.
“I want to be an advocate for Virginia cattlemen,” he said. “I want to work really hard to provide educational opportunities to our members and the information they need to make their herds successful.”
Jay Calhoun, VCA president, said the process of finding a new executive director was very intense and involved lengthy interviews.
VCA received 50 applications and three interviews were conducted with candidates before the final selection was made.
Calhoun said Reeves’ experience, enthusiasm and passion were evident in the interviews.
“Brandon has the full support of the executive board,” Calhoun said.
Calhoun discussed the group’s work on a strategic plan for VCA and added many of their goals are reflected in those Reeves outlined.
Reeves succeeds Tracy Fitzsimmons who left the Virginia Cattlemen’s Association in the fall of 2020 to join the Virginia Department of Agriculture and Consumer Services.
Calhoun said the association wants to be the voice of the Virginia cattle producer and to support the producer in his or her way of life.
He said he sees Reeves as bringing the potential for growth, development and some additional programing to the organization.
Reeves is a graduate of Texas Tech University where he earned undergraduate degrees in animal science and political science, graduating in 2013.
In 2019, he graduated from the Washington and Lee School of Law with a law degree.
While in law school, he did worked with the House Agriculture Committee during the 2018 Farm Bill Conference.
Since then, he had an internship at the R.A. Brown Ranch in Throckmorton, Texas.
He moved from the Texas ranch to Washington, D. C. where he worked for an agriculture lobbying firm, Combest, Sell and Associates, which represents a wide variety of agriculture groups in the nation’s capital.
For the past two years, he has been with the U.S. Beet Sugar Association, most recently serving as its director of government affairs.
Reeves has just completed the Virginia Agriculture Leaders Obtaining Results or VALOR program.
He is currently pursuing an Master of Laws in Agricultural and Food Law degree at the University of Arkansas.
Reeves grew up on his family’s Valley View Farm in Mt. Solon, Va., and is still part of the commercial cow/calf operation.
He is the son of Robbie and Lisa Reeves.
Throughout his youth, Reeves participated in livestock judging competitions.
In 2005, he was named top individual in the national FFA livestock judging competition.
His team was named Reserve National Champions.
Reeves went on to be named high individual in livestock judging at the 2007 American Royal.