Routine maintenance on generators is vital 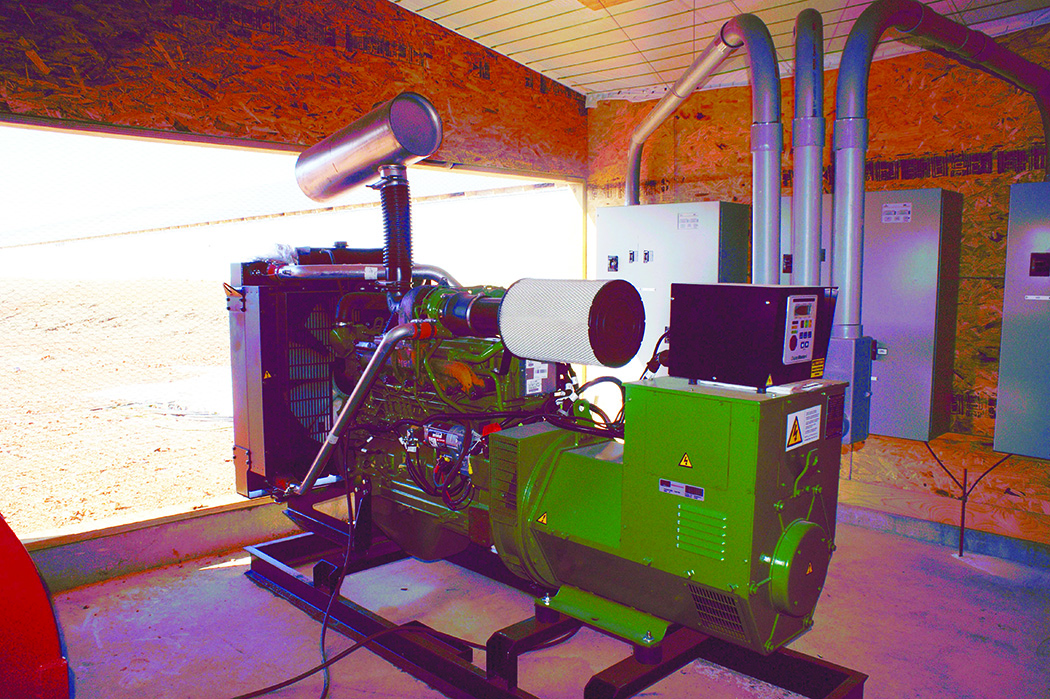 Generator sheds should be free of debris that could impede air flow or combust. (Photo courtesy Wikipedia)

When the power goes out on a poultry farm, the bird’s fate rests on the farm’s backup generator.
But having the generator in shape for when it’s called into action is a crucial part of making it through a lengthy power outage.
With much of this year’s hurricane season yet to come, growers are being urged to make sure their farm power units are ready to take on the load of powering the farm through an extended electrical outage.
In the wake of Tropical Storm Isaias, Tim Norman of Barnes Electric in Rhodesdale, Md., said the company had service calls to farms for the following three days.
In some cases, seals failed, in others radiators were clogged with dust.
Because on-farm generators are in a much different atmosphere than other applications — accumulating dust and exposure to temperature swings throughout the year — Norman said the units need periodic attention to keep them ready.
“There’s a lot of units out there that aren’t getting a lot of exercise,” Norman said.
Norman recommends running the generator for 30 minutes every week with 15 to 20 minutes under a load.
He also said he urges growers to transfer all of the farm’s power generation to the generator for a four-hour run during summer.
That gets seals and gaskets in the unit lubricated and serves as a test of what would be required in a power outage.
Norman said going long periods without running the power unit can lead to problems with belts, hoses, gaskets and seals when an outage triggers its use.
Repairs can range from a few hundred dollars to a few thousand dollars along with the cost of renting another generator until utility power is restored.
Norman said having routine maintenance done on the units is “the most critical part” to keep them in shape.
From working on farm generators for decades, Barnes has developed a lengthy checklist for maintaining generators.
“We’ve just learned. We’ve worked with the poultry companies and you just pick things up,” Norman said.
Speaking at an Aug. 5 Grower Lunch Break call hosted by University of Maryland Extension, Norman offered more tips to ensure an on-farm generator is ready to go when it is needed.
He urged growers on the call to keep their generator sheds weatherproof, clean inside, and remove any plant growth outside that would impede airflow into the shed.
Fuel storage is another thing to check periodically. Norman said some of their recent calls were due to the unit running out of fuel as growers forgot there was only enough fuel supplied for a few hours of use and some farms were out of power for days.
Fuel tanks can accumulate moisture as well and Norman suggested draining a gallon from the bottom of the tank periodically to check for water algae in the tank.
When the unit isn’t running, Norman said to look over wiring for rodent damage, loose connections and corrosion. Shine a flashlight on the unit’s radiator to check dust build up and use a brush and degreaser that’s recommended for aluminum to clean it, rather than compressed air.
Other things that Norman said need routine checks include the block heater, air filter, the bolts that attach the generator to the engine, battery terminals, oil pressure during high outdoor temperatures, engine coolant and other fluids.
Growers who are adding more fans or other equipment to poultry houses should evaluate their generator capacity as more equipment means more load on the generator.