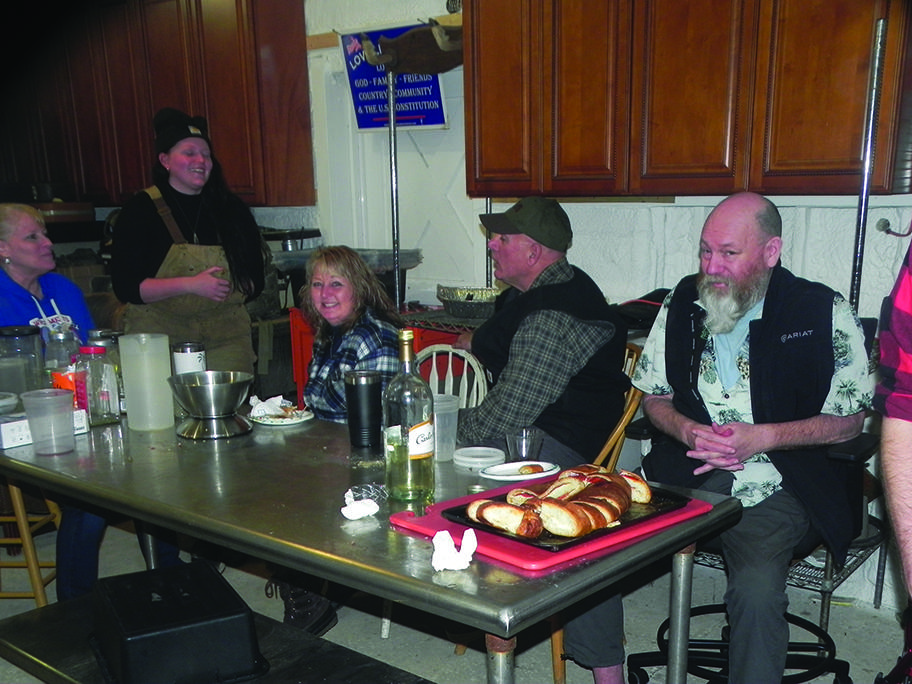 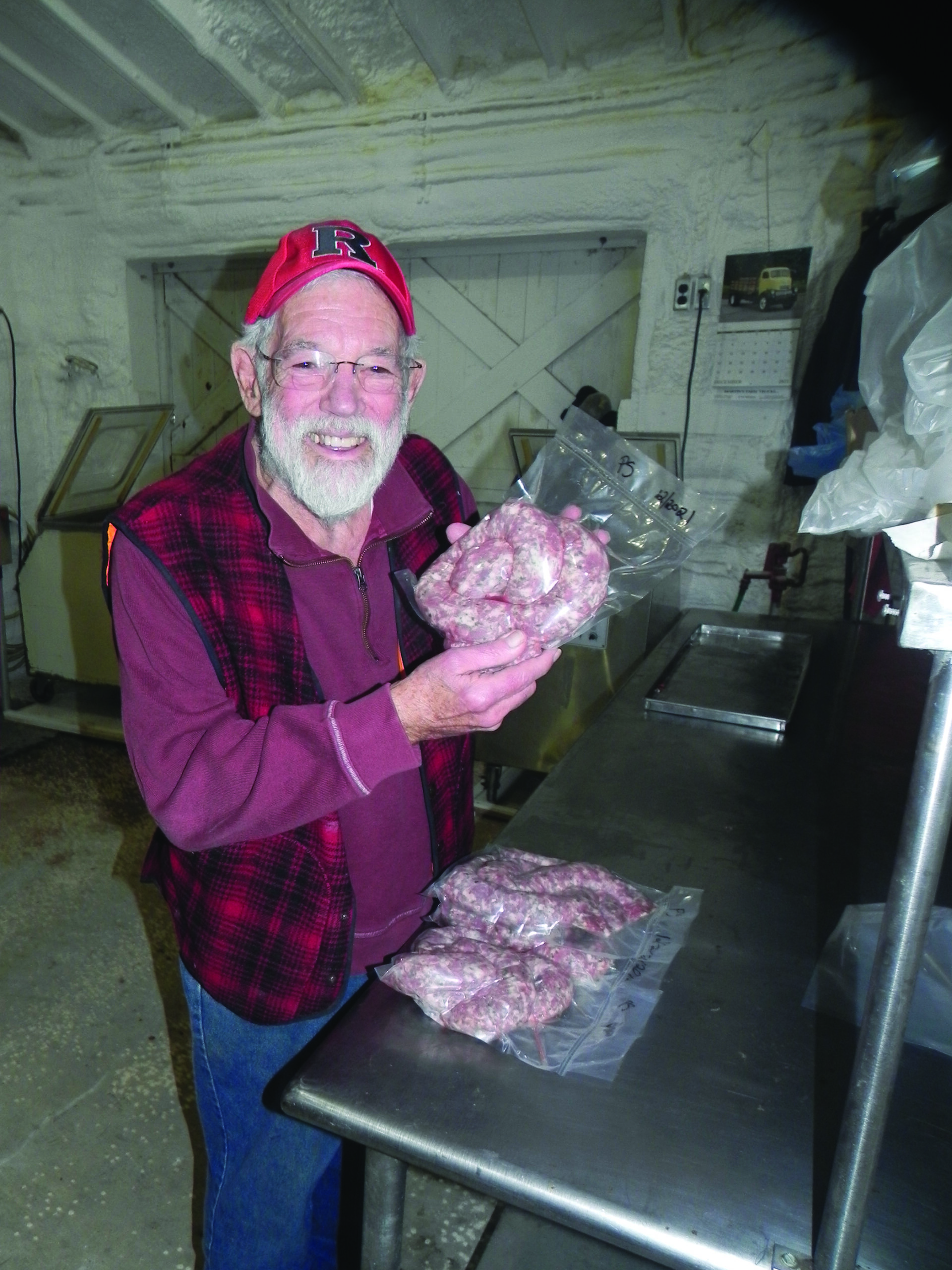 Roger Locandro Sr, holds some of the finished product from a day of Christmastime sausage-making with friends and family. (Photo by Richard Skelly)

STOCKTON — Some farmers know how to live.
Count Roger Locandro Sr., his girlfriend Bonnie, his son Roger Jr., his wife Holly, and grandson Roger III among these people.
Every year, the Sunday before Christmas, the Locandro’s host a sausage-making party, a family tradition that goes back nearly 80 years to the house where Locandro was raised in New Brunswick.
Locandro Sr., a former Dean of Students at Cook College, Rutgers University, attended the FFA and agriculture program at New Brunswick High School and was graduated in 1954. He’s been involved in his family’s sausage-making celebration from the time he was seven, he estimated on a cold but clear Sunday afternoon, Dec. 19, at his son’s converted horse barn at Pun’kin Hollow Nursery on Sandy Ridge-Mount Airy Road here.
“I’ve been involved in making sausage the last Sunday before Christmas since I was 7,” Locandro Sr. said in the crowded, heated converted barn with plenty of tables and chairs, pasta, cheeses, fruit, wine and bottled water.
“We lived on Livingston Avenue in one of the first houses that was on Livingston Avenue in New Brunswick and it used to be a small farm, but over time that has been overgrown with all these fancy houses. My father and grandfather were part of the Sicilian community in New Brunswick and the Pinizzotto family is here too, they all came over from essentially the same village in Sicily. The Pinizzotto’s son is here too, he’s a policeman in North Brunswick, and he’s been involved since he was born.”
The genesis of the Locandro-Pinizzotto sausage-making Christmas celebration began at least 79 years ago, he figured, “because I looked at old family photos and equated it to how tall I was standing next to a table.
Both families got together at Christmastime to create special hand-made sausage which has cheese, parsley and basil in it. It had to be something that was growing in the woods back in Sicily.”
Locandro Sr. lives a few miles from his son’s house and nursery farm on Sandy Ridge.
A multi-ethnic team of “foodies” are involved in the sausage-making crew, including people who help clean up afterwards.
“They’re still young yet,” the elder Locandro said, smiling. “Back when I did it we had enough people and enough demand to do 500 pounds of sausage and they all came in with a knife and an apron, and unless you were ready to work, you didn’t show up!”
The pleasant gathering in the heated barn/kitchen/lunch area for workers at Pun’kin Hollow Farms drew about 40-50 family friends and invited guests from Sunday morning around 11 a.m. to 4 p.m. in the afternoon before the sun set.
Everyone took home some refrigerated, shrink-wrapped packs of sausage, of course, but the day’s activities were capped off with some spaghetti and meatballs, juices, water and dessert items with coffee.
“We’re all still here and we all say it’s because of what we do and what we eat,” Locandro Sr. added. “That’s why we’re all still here!”