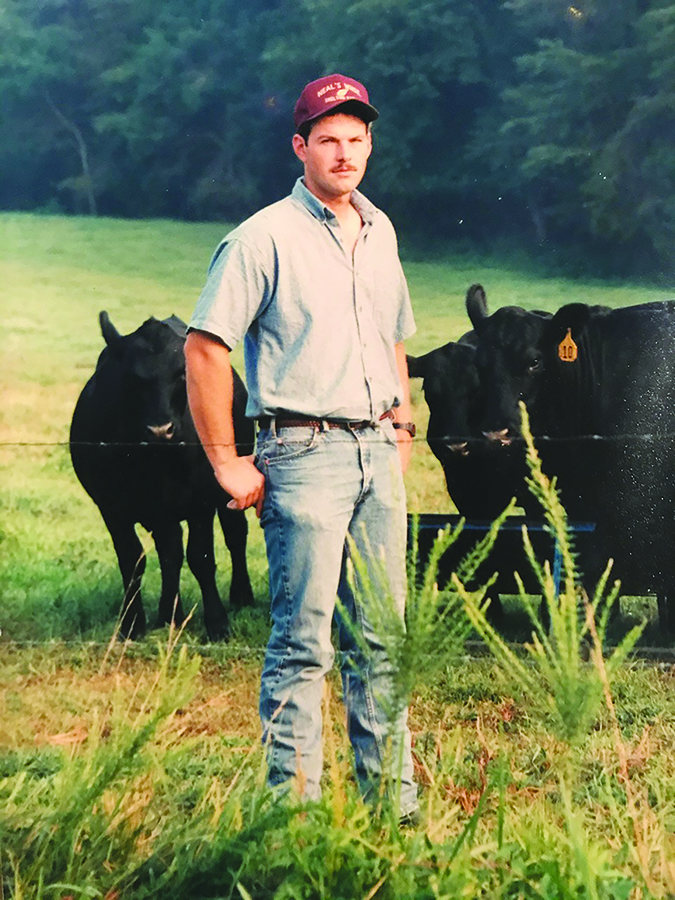 As one of two Virginia Cattlemen’s Association 2020 Outstanding Seedstock Producers of the year, Buddy Shelton, said much of the credit goes to his fellow area cattlemen who have helped him. (Photo courtesy Shelton Angus Farm)

GRETNA, Va. — W.H. “Buddy” Shelton points to the accomplishments of cattle producers in Southside Virginia and northern North Carolina as reasons for his own success as an Angus seedstock producer.
“I’m going to give a lot of credit to a lot of dedicated cattle producers within a 100-mile radius,” Shelton, one of two Virginia Cattlemen’s Association 2020 Seedstock Producer of the Year award winners, said.
Shelton said beef cattle has quietly been replacing tobacco in these areas over the past 30 years. He said the farmers making the transition from tobacco as a cash crop to cattle is a real testament to their resiliency.
Practical is a word Shelton used frequently as he talked about his operation and how he and his clients have worked for the past 30 years to develop cattle that will do well in their area.
While Shelton works to develop cattle that do well on his farm, his genetics are reaching far beyond home.
In 2010, one of his bulls, Limelight, was purchased by Select Sires, with 90,000 units taken for artificial insemination, some shipped internationally.
At the farm’s November 2020 sale, Alta Genetics with U.S. headquarters in Wisconsin and Canadian headquarters in Alberta, purchased one of Shelton’s bulls. He has been shipped to Nebraska in preparation for semen being available in 2021.
He stressed that his seedstock operation is a working farm where he strives to make a living.
The registered herd was established in 1963 by Shelton’s parents, Walter H. and Ruby Shelton.
Buddy Shelton and his wife Karen took over operation of the farm in the late 1980s but bought their first Angus females in 1982, the same year the farm began utilizing a complete A.I. breeding program.
He uses embryo transfer to maximize the genetics of his best cattle.
“Our goal is to provide superior Angus genetics that are raised and tested in a practical, fescue- based environment to the commercial producers of the Southeast,” according to Shelton Angus Farm’s homepage.
To do this, he grazes his 125 to 130 momma cows on grass on the 600 acres that include the original farm as well as two more he and Karen have purchased and one that they rent.
He said he takes a no-frills approach. This means having his registered animals eat the same forages their offspring will eat on the farms that purchase them.
“I don’t want to make it easier for the cattle,” he explained. “I want to have cattle to match what the customer base has.”
With this in mind, Shelton has chosen not to transition his pastures to endophyte-free or novel fescues. He said he has converted almost all the former tobacco and small grain fields of his farm to grass. The exception is some cropland where he grows small grains for baleage.