Small in acres, cantaloupes a staple for many produce growers throughout region

Though the crop takes up a relatively small amount of acreage, cantaloupes are a staple to many roadside markets and produce farms in the Mid-Atlantic region.
At Reese Farms in Scottsburg, Va., farmer Trey Reese said demand has been relatively good but the cost of production has been a major challenge.
Reese is in his third year of running the farm that’s been in his family for more than 40 years.
He took over farming operations after his father died in 2020. 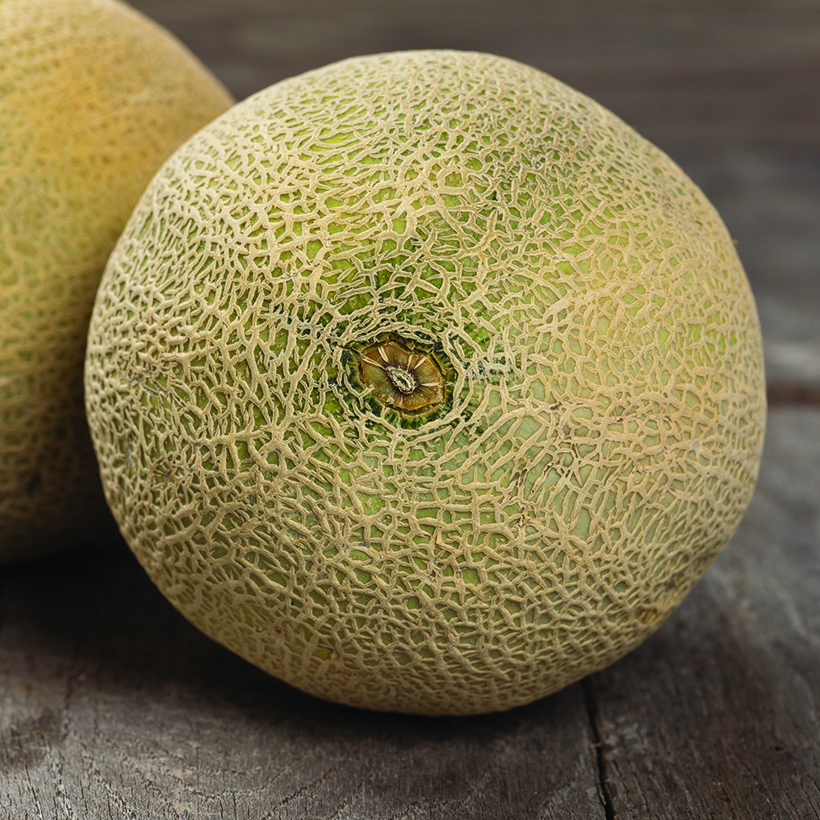 Costs to produce a crop like cantaloupes have grown substantially in the past year.

Reese Farms grows an assortment of vegetables on 400 acres, including 50 acres of cantaloupes.
Reese said that the market for cantaloupes was very good in 2020, but about average in 2021.
“Most of our sales are local trade to farmers’ markets within a three hour drive of our location. We returned to approximately pre-pandemic sales in 2021,” he said. “I think 2020 was better because many people were seeking out food products without going into crowded supermarkets at the beginning of the pandemic. Because we sell cantaloupes primarily to farmers markets, people could be in less crowded situations to buy our cantaloupes.”
Costs of producing a crop like cantaloupes have grown substantially in the past year. Supply chain problems have also affected his farming operations.
“One of our biggest difficulties has been with cardboard containers,” Reese said. “We’ve been able to work around the problem by using different shapes of packaging than we had used previously. In addition, prices for fertilizer and chemicals are all up. Fuel costs are up.”
A Maryland farmer concurred. “Costs are quite high,” said this farmer who preferred to remain anonymous. “Wages for labor have increased. Chemical costs are substantially more than in previous years. And after we’ve gone through the work to harvest the crop, customers try to beat you down on prices. We’re living in a sour time.”
In Delaware, the USDA Census of Agriculture for 2017 indicated that there were 31 farms growing cantaloupes.
Of that number, the vast majority of farms and acreage — 21 farms covering 129 acres — were in Sussex County. In 2012, Sussex County included 28 farms that harvested cantaloupes on 184 acres.
The USDA indicated that about one-fourth of all of the farms growing cantaloupes in Maryland and approximately one-half of all acreage in the state used to harvest cantaloupes were located in the Delmarva section of Maryland in 2017.
A total of 56 farms harvested cantaloupes on 267 acres of farmland in seven of the nine counties in Maryland’s Eastern Shore.
Five farms, according to the USDA, harvested cantaloupes in Accomack and Northampton Counties in Virginia in 2017.
Farms growing certified organic cantaloupes are an even smaller part of the market.
According to the USDA, statistics released in October of 2020 showed there were two farms each in Delaware and Virginia that grew Certified Organic cantaloupes in 2019. The same report indicated that there were six farms in Maryland that also grew Certified Organic cantaloupes on two acres.