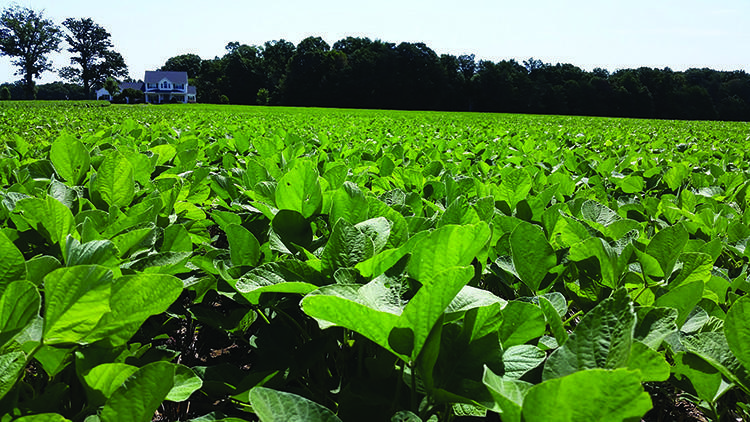 Soybeans are a top crop throughout the Delmarva. (Photo courtesy Virginia Department of Agriculture and Consumer Services)