Spinach still one of top greens in New Jersey 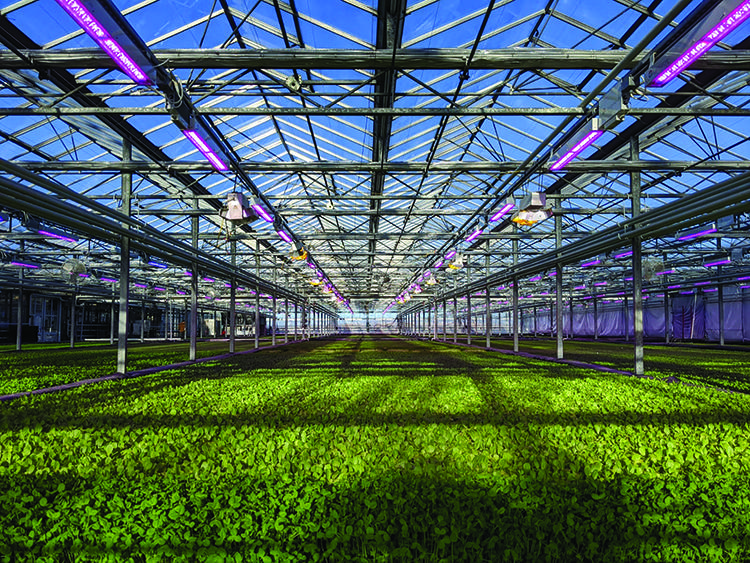 According to the New Jersey 2020 State Agricultural Overview issued by the USDA National Agricultural Statistics Service, 1,800 acres were planted with spinach in New Jersey. Overall, the value of the spinach harvest in the state was $6,182,000 in 2020, according to the USDA. The Federal agency indicated that the yield per acre was 115 hundredweight of spinach in New Jersey.
“Spinach is a major crop in New Jersey where it has achieved a No. 3 ranking in production value in the country,” said Douglas Fisher, Secretary of the New Jersey Department of Agriculture. “Our farmers produce 19.5 million pounds from 1,700 [harvested] acres, according to the USDA.” California, Arizona, and Texas are the other three states that are major producers of spinach in the United States.
Spinach has been grown in New Jersey for centuries. The National Park Service reported that individuals from the Netherlands introduced spinach into New Jersey as the Dutch established settlements in the area.
Data items about the spinach farming segment in New Jersey are detailed in the 2007, 2012, and 2017 Census of Agriculture Reports issued by the USDA NASS. In 2007, 72 farms in New Jersey used 2,737 acres to grow spinach. While acreage has steadily decreased, the number of farms growing spinach has varied through the years.
In 2012, there were 63 farms growing spinach on 2,461 acres in New Jersey. While the number of farms growing spinach increased to 103 farms in 2017, acreage in spinach production decreased to 1,869 in that year.
The 2017 Census of Agriculture also indicated that much of the spinach was grown in three New Jersey counties.
Salem County included 13 farms utilizing 792 acres to grow spinach, Cumberland County had 14 farms with 312 acres growing spinach, and 16 farms covering 171 acres grew spinach in Atlantic County.
Ground in these three counties represented about two-thirds of all of the acreage growing spinach in New Jersey in 2017. Salem, Cumberland, and Atlantic counties were also the top producers of spinach listed in the 2012 Census of Agriculture.
In that year, Salem County had 14 farms using 1,011 acres to grow spinach, Cumberland County included 331 acres growing spinach at eight farms, and 192 acres at 8 farms in Atlantic County that grew spinach.
More than half of all spinach in New Jersey was produced in those three counties in 2012.
According to the Spinach Crop Profile for New Jersey issued by the Rutgers Cooperative Extension, “The soils in this area [southern New Jersey] are coastal plain, generally light soils ranging from sand to sandy loams, but areas of
heavier, clay and silt loam soil do exist. Elevations are low with most of the area less than 200 feet in elevation.
The warmest, seasonal temperatures occur in the extreme southern part of the state with the Salem County area being the warmest.”
While soil and weather conditions are critical to most spinach farmers in New Jersey, one local farm has found ways to grow spinach and other greens that don’t depend on types of soil in the ground or outdoor temperatures.
Spinach is one of the products grown at Element Farms in Lafayette in Sussex County. Its glass greenhouse with supplemental lights turned on is pictured above.
The company stated that it anticipates breaking ground for a second greenhouse this year.
Element Farms noted that it grows spinach and other greens “hydroponically in a deep-water culture system. We seed our greens in specially designed floating trays and allow the plants’ roots to sit in temperature, oxygen- and nutrient-controlled water. Our growth cycle is, on average, just about 17 days. That’s about half the time of conventional produce which means fewer inputs and less energy is used from seed to harvest.”
Sustainability is a large part of the company’s operations. “We use resources more efficiently than conventional farming and many other hydroponic farming setups,” according to Element Farms.
“For example, we use 90-percent less water than conventional farming while yielding 20 times more greens per square foot. We also use renewable energy like the sun to power our operations.”
By growing, packing, and distributing the spinach and other greens, Element Farms is able to control the whole process as it sells to retailers.
“We deliver within about 150 miles of our greenhouse so the greens … are always ultra-fresh,” the company. This business model moves spinach from a commodity product to more of a premium product.