Study confirms drone use is beneficial to scout fields for disease, nutrient ills 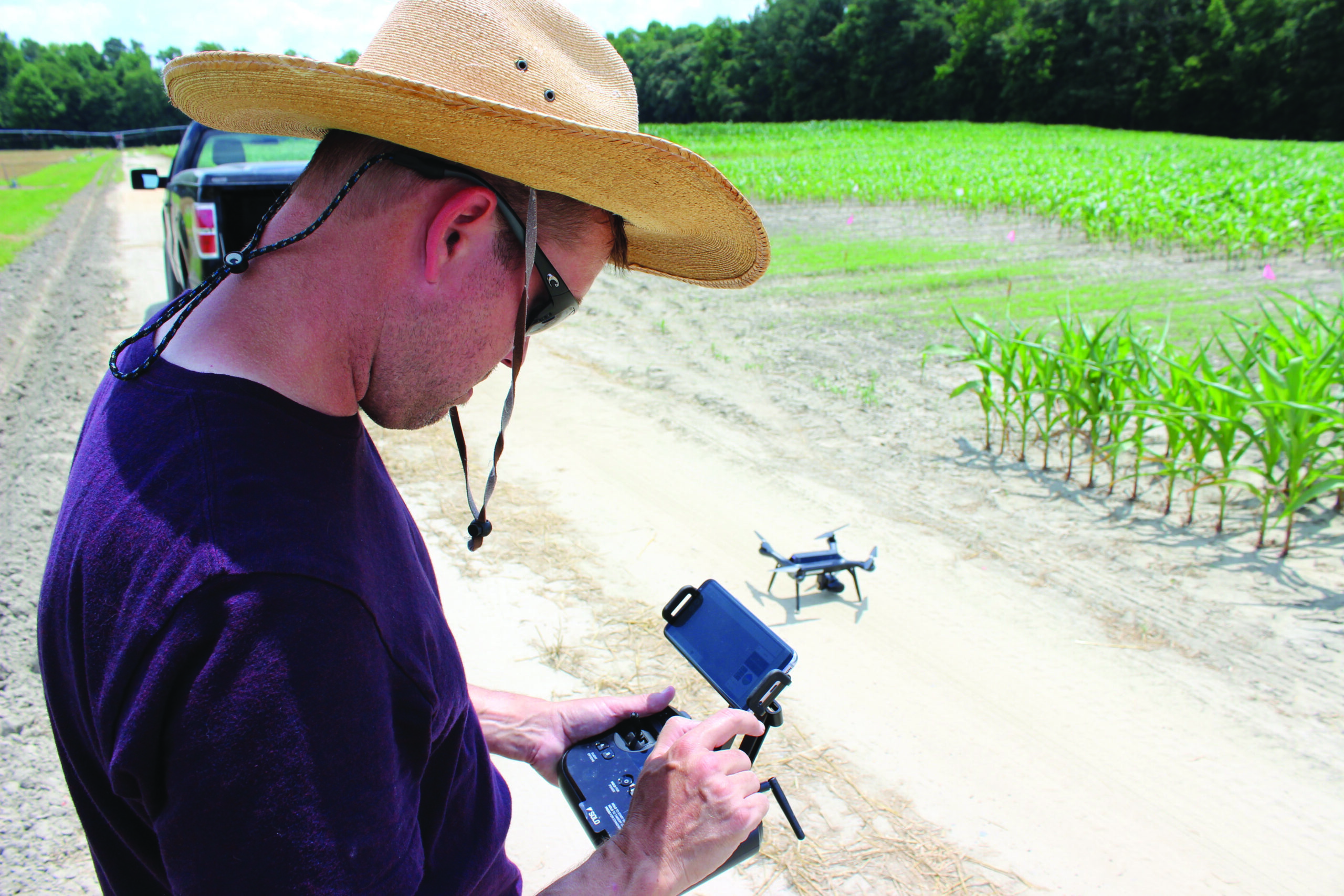 NEWARK, Del. — A basic drone with the ability to take pictures can be effectively used to scout soybeans later in the season when the crop has developed a full canopy and patterns of disease or nutrient deficiencies are more visible, a recent University of Delaware study found.

Scouting early in the season is still more effective on foot, but a drone can help a farmer or a crop consultant see the full extent of crop concerns such as weed pressure or faulty irrigation, allowing them to intervene or better prepare for next season, said Jarrod Miller, an agronomist at the university’s Cooperative Extension and one of the study’s two authors.

“You can get (the drone) up in the air in a few minutes and see patterns,” he said. “I think if you’re a crop consultant you should definitely consider it.”

Miller and Mark VanGessel, an Extension weed specialist, conducted the study last year with funding from the Delaware Soybean Board. The two selected soybean fields in each of the state’s three counties and scouted them both by walking the rows and observing aerially by drone.

Although using the drone was faster, more potential issues were spotted by walking, the report said. The drones benefitted the researchers on several fronts, however. Drones are effective at identifying weeds early in the season and spotting it in hard-to-reach areas of a field, allowing a farmer the opportunity to spray earlier than he or she might otherwise.

Deploying drones throughout the season was also useful. The report cited an example where drone imagery revealed lighter-colored beans in an area of the field. Using the drone’s zoom feature, it was clear it was manganese deficiency, a common problem in sandy soils. Nothing could be done about it, but it allowed the farmer to better prepare for the next season. A tissue test was, of course, necessary to verify the issue.

“You start to see patterns in the field,” Miller said. “You can spot if there’s a seeding issue or a nutrient issue.”

Drones may also help a scout see deer paths and, with practice, check irrigation equipment without crossing the field or climbing onto the pivot, the report said.

Drones typically cost between $600 and $2,000, not including the $50 to $150 cost for additional batteries, depending on the drone. A single field can drain a battery with flight times ranging between 15 to 25 minutes. The report recommended against buying cheaper drones due to their lower flight range, lack of wind stability and their lack of ability to capture high-definition images.

Miller said the study was partially in response to drone industry efforts to promote higher technology and advanced software for farmers and scouts that may be unnecessary or impractical. But a basic drone with good imaging capabilities can be beneficial, Miller said.

“I think it assists in finding issues to either correct or manage this year or next year,” he said.