STARKVILLE, Miss. — Starter feed of larger particles consumed by young chicks is associated with better performance during the lifetime of broiler birds, according to a study conducted at Mississippi State University.
Previous research has shown that if broiler chicks get off to a good start, they ultimately yield a better economic return.
However, there has been little research on feed form in the starter phase. 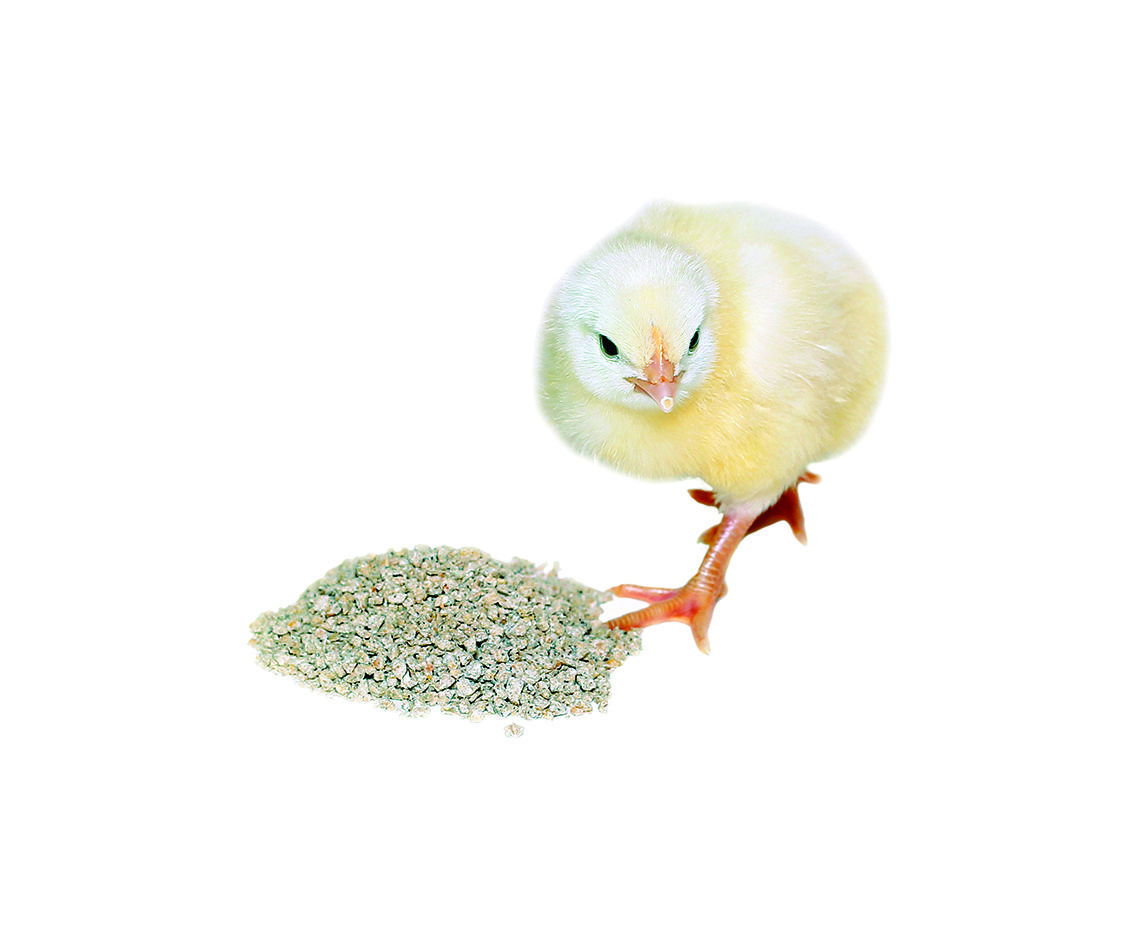 The focus has been on improving the nutrient content of feed, as well as on feed form for the latter stages of broiler production, because of the high levels of feed intake in the later phases of growth, Kelley Wamsley, associate professor of poultry nutrition, Mississippi State University.
In a previous study, Wamsley and colleagues compared 1,000- to 1,200-micron average particle size in starter feed. The feed was then changed to either 50-percent or 80-percent pellets through an entire grow-out.
The study results piqued the researchers’ interest in the starter phase, as they noted that the feed that chicks consumed early-on affected overall performance.
This led to another study where they evaluated the particle sizes that birds from 0 to 7 days of age, and from 0 to 18 days of age, were selecting when fed varying average-crumble particle sizes and varying pellet qualities.
The study used a series of eight sieves to get a good range of particle sizes, Wamsley said.
Birds consuming the larger particle sizes performed better after 56 days, compared to those that ate smaller particles, demonstrating that what chicks are fed in the beginning really does matter, she added.
In a comparison of two bird strains — although there was a strain difference in starter-feed particle sizes consumed — overall, chicks of both strains went after larger-sized particles.
She cautioned, however, that in the first day or two, chicks need to be eased into eating larger particle sizes, with a good balance and distribution of the particle sizes being fed at the start.
This means focusing less attention on “average feed-particle size,” Wamsley said.
The fact that chicks need a larger particle size may have further implications, she added.
If feed mills don’t need to crumble as much feed as before, it could help with the mill’s throughput and reduce electrical costs — which could have big economic implications in the long run.