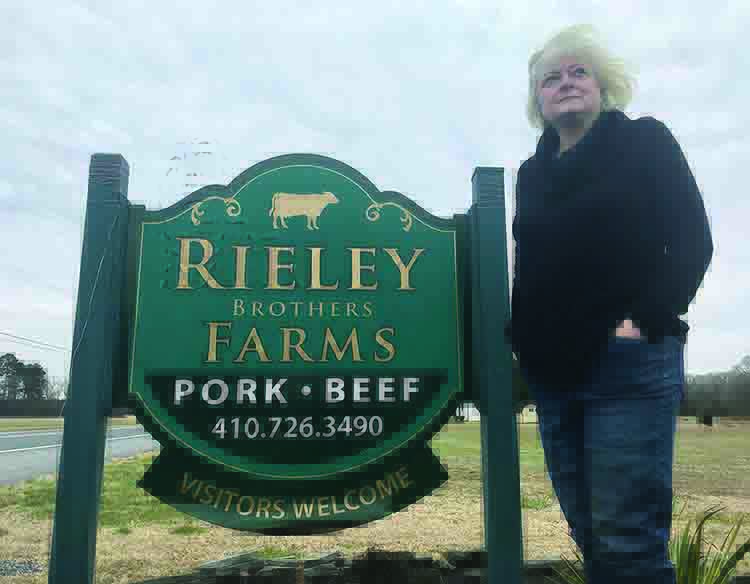 CAMDEN, Del. — Many Delaware farmers were struggling to have livestock processed before the COVID-19 pandemic and were losing money as a result. From there, things only worsened.

Nearly 80 percent of surveyed farmers said they struggled to schedule appointments at regional slaughterhouses, reducing their profits by a quarter, according to a new survey by the Delaware Farm Bureau and the University of Delaware.

Both organized the survey, announced Feb. 16, to illustrate the demand for additional processing capacity for poultry and livestock farmers throughout the Delaware region. Of more than 400 responses, 82 percent said they saw a need for an additional USDA-inspected slaughterhouse.

The Farm Bureau has been working since early 2021 to drum up support for either a new slaughterhouse or the expansion of an existing one. The survey was meant to help legitimize that effort, said William Powers, the Farm Bureau’s second vice president and a livestock farmer near Townsend. The survey’s chief finding — many farmers want a new processor — was already well-known.

“You’ve heard it (before) but do we have any numbers?” he said.

The vast majority of the survey’s respondents also said they were willing to travel up to 50 miles, on average, to patronize such a facility. The pandemic highlighted a growing need for additional slaughterhouses not just regionally but nationwide. As lockdowns interrupted supply chains and worried consumers cleared grocery stores of food, many turned to local farmers who saw a surge in demand for their products. Unfortunately, livestock farmers often found it difficult to keep up with demand, selling out quickly and struggling to expand production as they encountered months-long if not years-long waiting lists at slaughterhouses.

Before the pandemic, nearly half of respondents experienced difficulty scheduling timely processing dates for their animals, reducing profit by 13 percent. After the pandemic, those numbers worsened dramatically. Farmers across the region have said for years that the shortage of processing capacity in the region is holding back an expansion of the livestock industry. More than 60 percent of survey respondents said they would increase direct-marketing sales if an additional facility opened, particularly one that offered vacuum-sealing of meat products, value-added services and custom packaging.

Ag leaders also point to a flood of federal dollars the Biden Administration is offering to increase processing capacity nationwide. It announced in January that it was earmarking $1 billion to build and expand small meat processors.

Louann Rieley, co-owner of Rieley Brothers Farm in Millsboro, includes herself as a farmer who could expand her beef operation if it was easier to have animals processed. She said she was less affected by processing shortages than many other regional farmers due to a strong relationship with a local butcher. Several farmers said good relationships with slaughterhouses — and regular business with them — is key to getting timely appointments.

When Delaware locked down in March 2020, Rieley Brothers sold out of all its pork on the first day.

“There’s got to be some give and take, understanding (processors’) limited capacity and the increased demand,” she said. “You get your animals there when they ask you to. … We have a load of pigs going up on March 2. (Haass Family Butcher Shop in Dover) called and said, ‘Can I put you back to the 16th?’ It’s fine. I just let my customers know that their pigs will be going two weeks later.”

To complete the survey, the Farm Bureau worked with Brandon McFadden, associate professor in the university’s Department of Applied Economics and Statistics. A grant from the American Farm Bureau Federation paid for the survey.