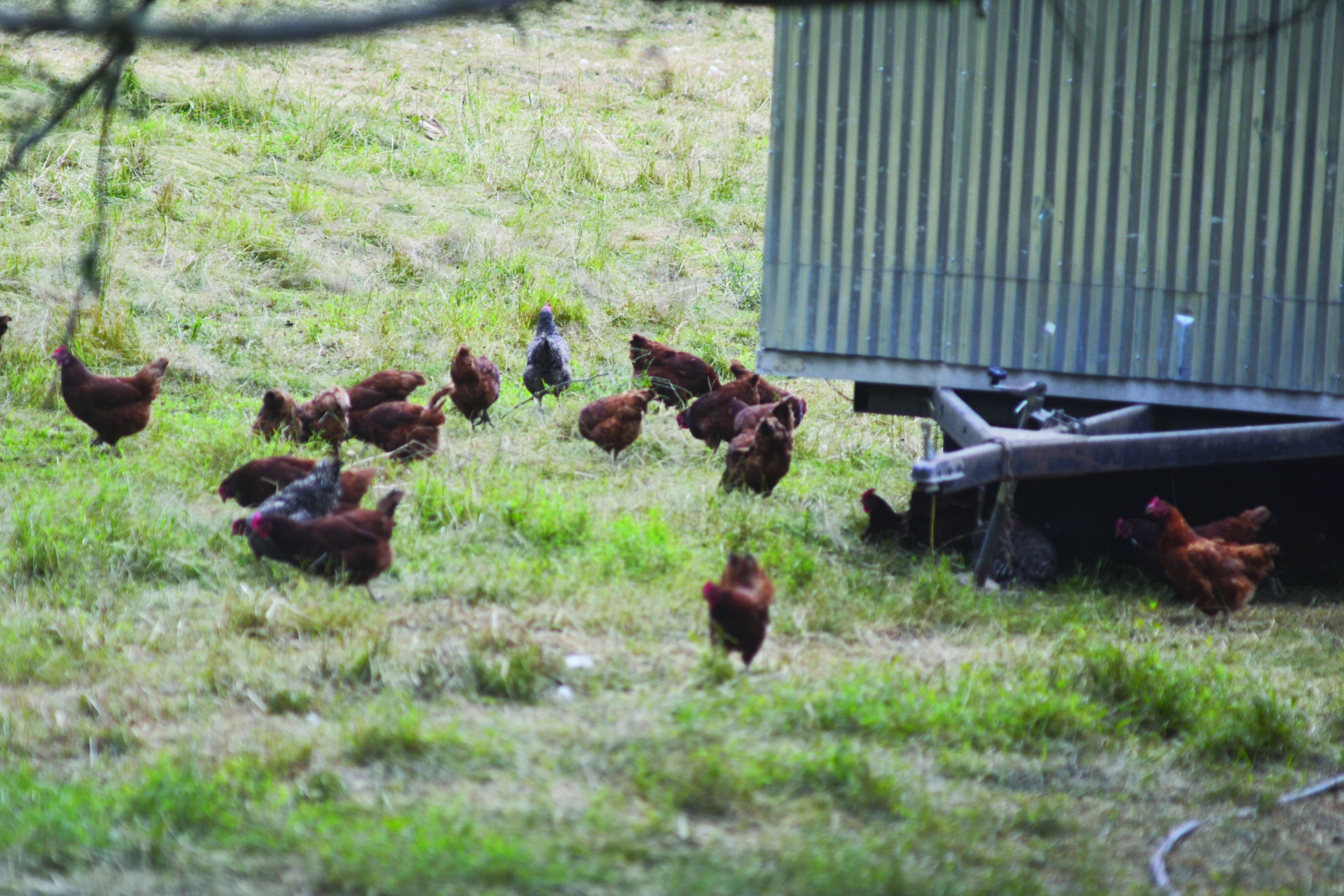 BERNARDSVILLE — Dryden Road winds along the hill above Bernardsville with big houses set back from the roa,d which is lined with quirky stone walls.
Most of the large lots are wooded, but one is actually a working farm. PK 4 Brothers Farm stands out from the other properties by the presence of solar panels and Polled Hereford cattle.
There are four brothers. And one sister, Priscilla Katharine (the PK in the name). Of the brothers, only one, Malcolm Salovaara, manages the farm.
While his siblings are supportive, they have gone their own seperate ways, he said.
He grew up on the property and was fascinated by the haying and the animals. “Whenever my parents looked for me they knew where I’d be,” he said.
Salovaara’s interest waned through middle school and high school, but in college, his interest in the environment and climate won over and he decided to come back to the family’s 60-acre property in 2017.
“It would be a shame not to take advantage of the property,” he said.
His laying hens live in “eggmobiles,” he noted. They are trailers with structures built on them with nesting boxes and roofs. A truck or tractor can move them every two days, so the chickens can forage in new places.
Salovaara just lost his Great Pyrenees but he is getting an Anatolian Shepherd/Akbash mix already trained to protect the chickens. He has 200 laying hens and another couple of hundred broilers.
The farm has about 50 young turkeys now, but will get the Thanksgiving delivery in about two weeks. Salovaarea marketed 110 last year and hopes to sell 200 this years.
He is bringing in more lambs from Mississippi in August, Salovaara said. His first group were “inherited,” he noted, but he is sure he will do better with those he raises himself. He also has about 50 pigs now, but will have 100 by end of year.
PK 4 Brothers sells by the cut at farmers markets. Madison, Somerville and Bernardsville have been successful.
“It’s easy to tell a market is going to work, by the kind of town and the market’s reputation,” he said.
Daniel Craft handles marketing for the farm and Salovaara has two other employees.
There are a dozen Polled Hereford in the pasture, Salovaara’s next project which is just in its first year. He would like to sell beef by the cut at the farm markets, but is just in the early stages of planning for those sales.
All of his stock is 100-percent grass fed.
The garden on the property is just for personal use, Salovaara said.
Although he didn’t grow up on a working farm or study agriculture in college, Salovaara absorbed a lot from his youth and read books and talked to other farmers and watched YouTube.
He said his parents are excited “somebody is doing something productive with the farm.”