Thompson keeps past alive with heirlooms 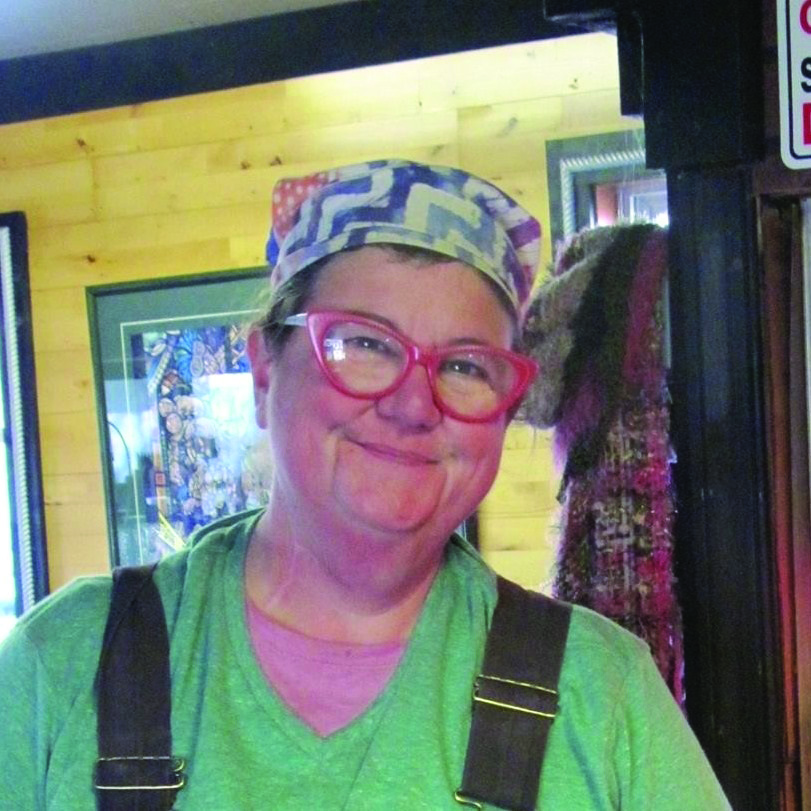 NEWARK, Del. — Heirloom plants and animals, like those at Trebs Thompson’s Whimsical Farms, don’t get the top-billing commercial status that nearly uniform products have since grocery chains sought out produce able to withstand shipping.
They are maintained for generations because of their color, flavor or nutritional properties, Thompson said.
“Over the past 20 to 25 years, people have become aware that breeds are being lost, and we’ve made great strides at keeping them,” she said. “There are much larger populations and greater availability than there were in the past.”
Thompson said her vegetables tend to boast milder flavors than their traditional counterparts. She selects animals for their size, diets and winter hardiness.
Thompson’s pasture-raised pork, an area of specialty for her, is derived from hogs that grow to as many as 800 pounds after grazing and eating forage that she supplements with feed as needed.
Her Dumbo-eared, large, black pigs are known for their maternal qualities and foraging abilities.
Her long-legged Tamworths also feature long snouts that make them efficient foragers.
Her black and white spotted Gloucester Old Spots feed from pasture and agricultural byproducts.
Thompson’s heirloom hogs also enjoy longer lives than those who make their way to supermarkets: 9 to 18 months as compared with six, she said.
Because heirlooms are chubbier, they are also more marbled, she said.
She said that she’s been able to track down virtually any breed. For now, at least, all Whimsical Farms hog breeds hail from England.
The Large Black is the country’s rarest breed, the Tamworth its oldest.
Thompson said that the heirloom hogs produce a red meat more akin to steak than “the other white meat.”
Thompson’s Leicester Longwool sheep fit more neatly into the category of heirlooms who “simply come with a good story.”
The medium-to-large breed is according to Thompson noted for its ability to gain weight even on scrubby hills and mountains.
Feed a Leicester Longwool a good grain diet, and he or she can become obese, Thompson said.
The breed grows to 250 pounds, dates to the 18th century and features a longer, smoother, Santa Claus beard-like wool staple than the tight crump of the popular Merino.
The British brought Leicester Longwools to the American colonies, and the Merino by the 1900s helped the breed to fall out of favor, according to the Livestock Conservancy in Pittsboro, N.C.
Virginia’s Colonial Williamsburg Foundation in the 1990s began importing Leicester Longwools and other conservation flocks in order to help to reestablish them in North America.
The breed has proven itself of historic and genetic value in founding and improving breeds, the Livestock Conservancy noted.
Leicester Longwools nevertheless remain threatened and a conservation priority, according to the organization.
Heirlooms were as a whole so difficult in the past to obtain that Thompson said she drove as far as Vermont to pick some up.
Conservation efforts have since gained steam and so finding specific breeds isn’t the challenge that it formerly was, she said.
Thompson’s customers call to find out what she has available for the day.
They e-mail and text orders for delivery and she set up a telephone service that accepts orders for the visually impaired.
Thompson herself is visually impaired, the result of what she said is Macular telangiectasia type 2, an eye disease that affects the macula and an area at its center where the eyesight is most keen.
Customers, including restaurants, are “looking for something different, a little more adventurous in the kitchen,” Thompson said.
Most have been purchasing Whimsical Farms meats and produce for some 10 to 15 years, she said.
Thompson in July expects to have Oxhart tomatoes ready to go, she said.
The heirloom breed, wide at the top and narrow at the bottom, is “meaty, juicy, melts in your mouth” and may be sweeter than beefsteaks, she said.
Thompson continues to pick produce by hand while managing for insects and weeds on the farm.
She depends upon a farm manager to handle the heavy work and tractor repairs four to five mornings a week, she said.
She said she expects that her father or her farm manager will begin making customer deliveries later this year, she said.