After potatoes, tomatoes are the most-consumed vegetable in the United States, according to the USDA.
On Delmarva, most farms growing tomatoes do so on relatively small acreage.
According to the 2017 USDA Ag Census, 296 of the 464 Maryland farms that raised field-grown tomatoes did so on one acre or less of land in 2017. Almost all of the farms in the Old Line State that grew tomatoes in open fields – 452 of these 464 Maryland farms grew 15 acres or less.
“Most production in Maryland is for the local market, such as local grocery stores, restaurants, farmers markets, CSAs, U-pick, agritainment,” said Gerald Brust, Integrated Pest Management and vegetable crops specialist at the the University of Maryland Central Maryland Research and Education Center in Upper Marlboro, Md. “Because production is based on what’s happening locally, the most important external factors are weather, which often strongly influences disease development – wetter weather = more disease = lower yields.” 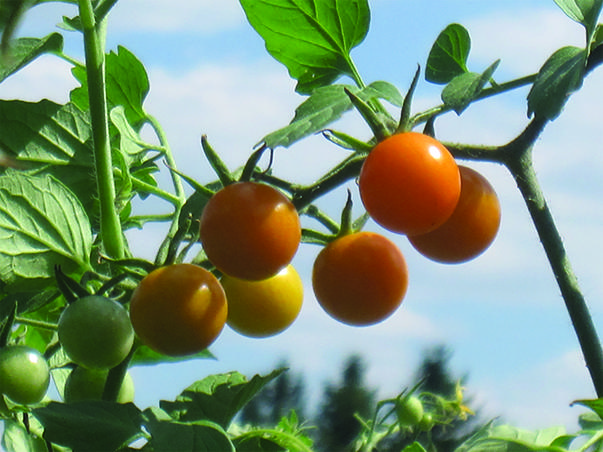 Brust said “tomatoes are one of the more important vegetables grown and bring in more money per acre than any other crop on a per acre basis other than tobacco.
“It is therefore important for growers to have at least a good year so as to keep their income in the positive range every year.”
The USDA Ag Census in 2017 reported that in Delaware, there were 8 farms growing 13 acres of tomatoes in Kent County, 11 farms with nine acres in New Castle County, and 29 farms using 82 acres in Sussex County.
In Maryland, there were 17 farms growing 44 acres in Caroline County, 13 farms growing five acres in Cecil County, three farms each in Dorchester County and in Kent County, 18 farms with 81 acres in Queen Anne’s County, eight farms using 81 acres in Somerset County, two farms in Talbot County, 19 farms growing 100 acres in Wicomico County, and five farms growing six acres in Worcester County.
On Virginia’s Eastern Shore, the USDA reported that there was one farm in Accomack County and three farms in Northampton County growing tomatoes in 2017, while there were four farms in Accomack County and ten farms in Northampton County growing tomatoes in 2012.
The vast majority of tomatoes grown in Delmarva were sold as fresh vegetables.
Limited acreage of tomato production went into processing tomatoes in Caroline, New Castle, Queen Anne’s, Wicomico and Worcester Counties in 2017, according to the USDA.
Organic tomatoes are one of the niche products produced by farmers in the Delmarva states.
In 2019, the USDA reported that there were two farms in Delaware that grew Certified Organic field-grown tomatoes; 21 farms growing Certified Organic tomatoes on 13 acres in Maryland and 12 farms growing eight acres in Virginia.
There were 15 farms growing Certified Organic tomatoes under protection covering 53,234 square feet in Maryland in 2019 and 9 farms growing Certified Organic tomatoes under 36,880 square feet of protection in Virginia in 2019, according to the USDA.