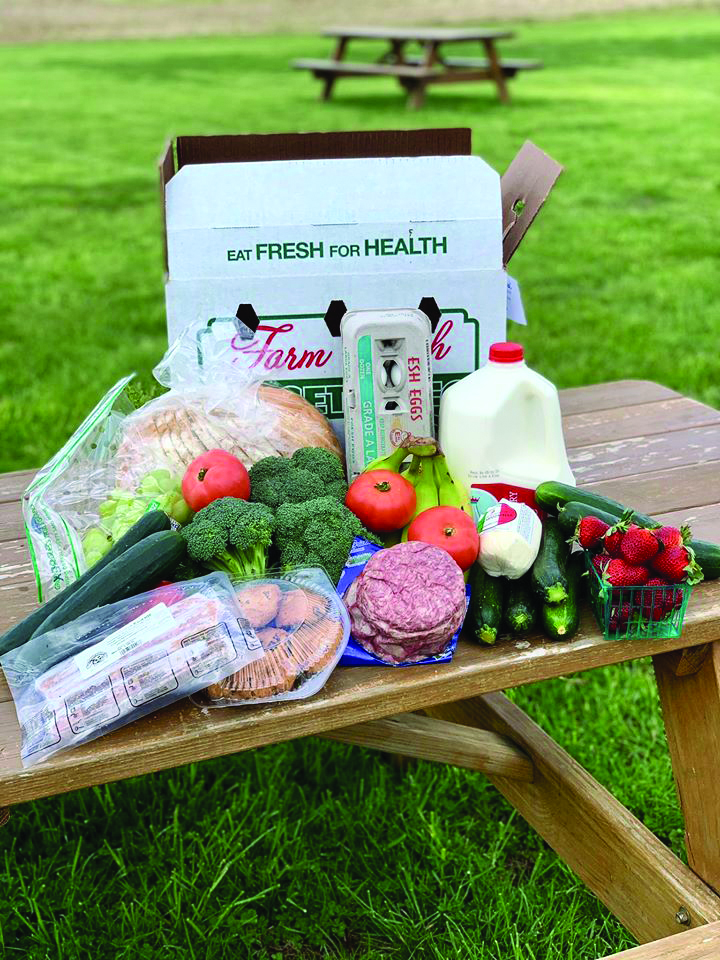 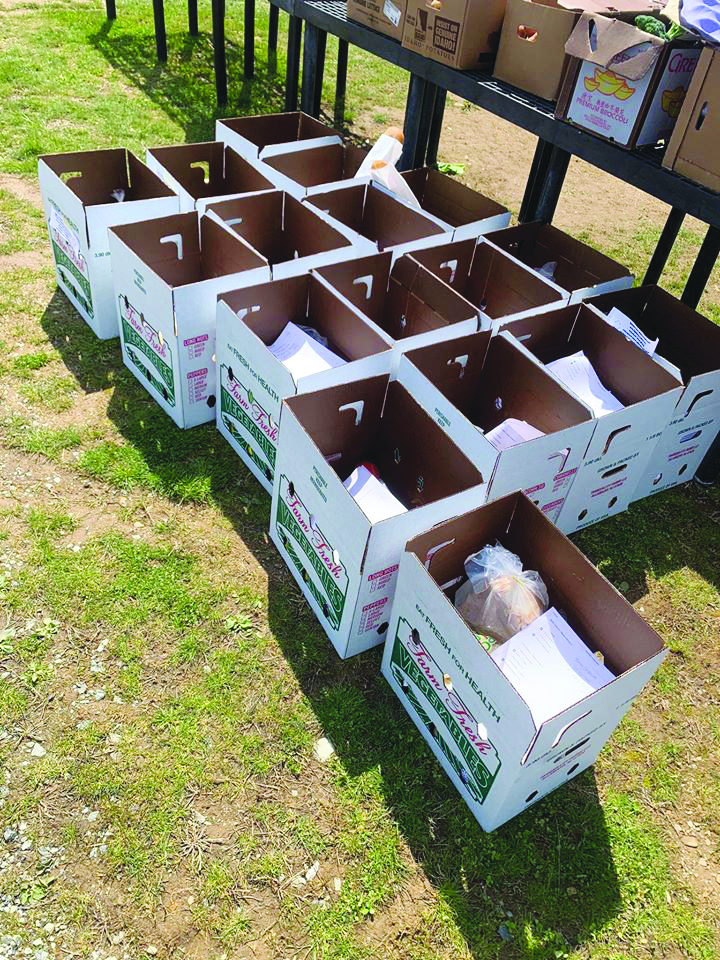 Donations allowed Tranquillity Farms to prepare 45 baskets of food the first week, 35 the second and likely 30 or more for the third week. (Submitted photo)

TRANQUILITY — The Freeborn family was just thinking of preparing 10 baskets of food each week for families struggling during the COVID-19 crisis.
Their customers had other ideas. Donations allowed Tranquillity Farms to prepare 45 baskets of food the first week, 35 the second and likely 30 or more for the third week, market manager Erin Freeborn Lytle said.
“The donations are huge,” she said.
The boxes of food include two types of meat, bread, three different vegetables, three fruits, a dozen eggs, a gallon of milk, a choice of another dairy item and a snack, she said.
The community was instrumental in finding those who could use food boxes. Freeborn Lytle said all they had to do was post the farm’s plans on its Facebook page and people nominated their neighbors who were in need.
She said the farm delivers some of the boxes but others are picked up by the families.
The donations are distributed within 10 miles of the farm, roughly from Hackettstown to Newton.
The land has been farmed since the 1600s when it was owned by Peter Stuyvesant.
Pete Freeborn started renting the land in 1950 and his son, Larry and his family returned in 1998 and purchased the farm for its farmland value in 1999.
The development rights had already been sold to the state.
The Freeborn family is noted for its generosity, donating to schools and food pantries, but the pandemic is on a whole new scale, Freeborn Lytle said.
She said the farm is very busy with all 10 full-time employees working.
“It’s important we stay open for the community,” she said.
People are already looking for summer work and she will bring on some more people when the ice cream window opens.
Customers are very good about following the state mandates for wearing masks and sanitizing their hands, she added.