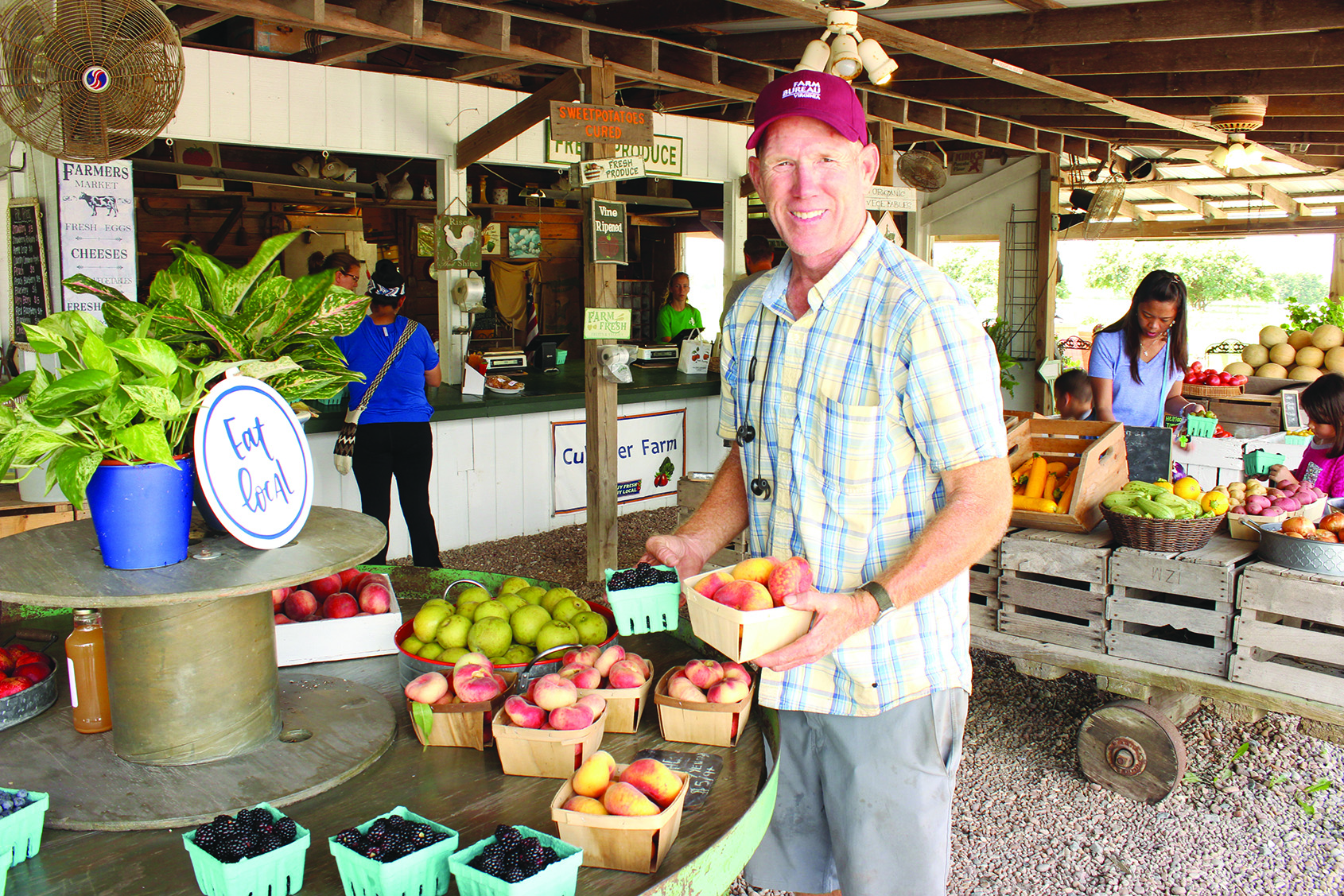 VIRGINIA BEACH, Va. — The coastal agricultural community of Pungo, Va., is so popular among Virginia Beach residents and visitors that Mike Cullipher said he welcomed some 2,500 apple and pumpkin you-pickers per weekend last fall.
That makes it important for Cullipher to produce more fruits than the average orchard of the same size.
He planted a high-density apple orchard that is increasingly popular in apple production but rare to coastal Virginia Beach.
To help support his grafted dwarf trees and protect them from the coast’s warm humidity he uses a technique more commonly associated with horticulture and European courtyards.
Orchardists and viticulturists refer to the wooden post and wire framework espaliers as trellises.
Growers heavily prune the trees to prevent the branches from competing with each other and train them to grow against the supports, Penn State Extension Ag Educator Don Seifert said.
The trellises help air to penetrate, growers say.
This in turn helps prevent apples from turning soft, discoloring, becoming more susceptible to disease and losing their flavor as Virginia Tech has reported that they do in warm humidity.
The humidity in Virginia Beach has been helping already sweltering 96-degree F temperatures feel like a scorching 107 degrees F, National Weather Service reports suggest.
Trellises also enhance spray penetration, according to the North Carolina State University Extension.
Because trellises make picking easier, they reduce the risk of overripe and rotted fruits as well as susceptibility to the diseases and pests that require spray, the NCSU Extension noted.
Most all of the apple growers in Adams County, Pa., boast high-density orchards like that of Cullipher’s, Seifert said.
The goal is to make the most of the land, he said.
Seifert said growers often graft scions from trees such as Cullipher’s Fujis, Ambrosias and Suncrisps to dwarf rootstocks and space them some 2.5 to 5 feet apart rather than the traditional orchard’s 12 to 16 feet.
The additional trees then produce 4 to 8 times more apples than the traditional orchard, Seifert said.
You-pickers enjoy an ease in picking like that which accompanies closer-to-the-ground-crops like peppers and tomatoes, Cullipher said.
Growers typically don’t have to pay for the labor to assist with the ladders or with more complicated shoot thinning, high density advocates report.
Dwarf trees are appealing also because they reach their 8- to 10-foot heights earlier than their traditional counterparts, paying returns — and more of them — sooner on what can be a pricey investment, Seifert said.
Tom Callahan, director of sales at Adams County Nursery in Aspers, Pa., said the cost for pre-grafted apple trees at his facility is around $10.50 plus any royalties required for those that are patented. Cullipher said he spent more than $270,000 to start his high-density orchard.
An Adams County Nursery representative suggested that the facility’s two-year-old trees typically produce saleable apples in two to three years.
Selecting “precocious” rootstocks can help an orchard produce earlier, the NCSU Extension noted.
Some rootstocks are also more resistant to brief droughts while others are more resistant to the contagious bacterial infection fire blight, which can destroy an entire crop.
Cullipher said that he opted for rootstocks that are resistant to the fire blight and coastal winds able to carry the bacterial infection across the orchard.