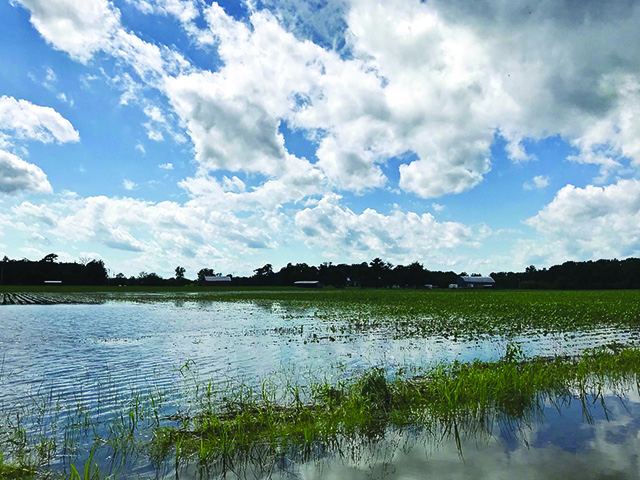 Farms across the Delmarva region largely escaped serious damage when Tropical Storm Isaias pushed through last week, dumping up to 12 inches of rain and spawning a handful of reported tornadoes, agricultural leaders said.

The storm arrived in the region Tuesday morning, first in St. Mary’s County, Md., with winds up to 70 mph that toppled trees, closed roads, knocked out power for more than 60,000 statewide customers and killed a driver in Mechanicsville after a large tree fell on his car.

Some farms were significantly damaged in Southern Maryland, but closed roads and washed-out bridges could inhibit farm equipment travel and, potentially, the flow of customers to weekend farmers’ markets, said Shelby Watson-Hampton, director of the Southern Maryland Agricultural Development Commission.

“This is a serious weather event for farmers in Southern Maryland. A lot of farmers affected,” she said. “The corn crop seems to have withstood it pretty well although you do have some fields under water.”

Crop damage reports have not been collected, she said, but some farms dealt with flooding, downed trees and fences. About 500 peach trees at Trossbach Produce in St. Mary’s County were toppled by the storm, said Melissa Morgan, an employee. Their sweet corn was knocked down and chunks of roofing were torn from the property. The farm could lose up to 20 percent of the toppled peach trees, she said.

Trossbach is located just a short distance from where one of the storm’s three tornadoes touched down shortly before 7 a.m.

“Some of (the trees) were sitting upside-down,” she said. “The ones that came out of the ground probably will not make it.”

Several tornadoes were also reported across the Eastern Shore, both in Maryland and Delaware, though damage was limited. Isaias dropped between 3 and 6 inches of rain east of Interstate 95, according to the National Weather Service. Between 1 and 3 inches — and less in the mountains — were reported west of the interstate.

“We got virtually nothing,” said Colby Ferguson, government relations director at the Maryland Farm Bureau and a Frederick County resident. “We were super, super dry. … We could use more rain actually.”

Several farms in northern Maryland were working to repair washed-away cow fences, Ferguson said. As of Aug. 6, there were no reported damages to Delaware farmers from the storm, said Laura Russum, spokesperson for the Delaware Department of Agriculture.

The storm, which formed off the coast of western Africa on July 23, was initially a Category 1 hurricane before dropping to tropical storm status as it made landfall in North Carolina early in the morning Aug. 4. It dissipated over southern Quebec the next day.