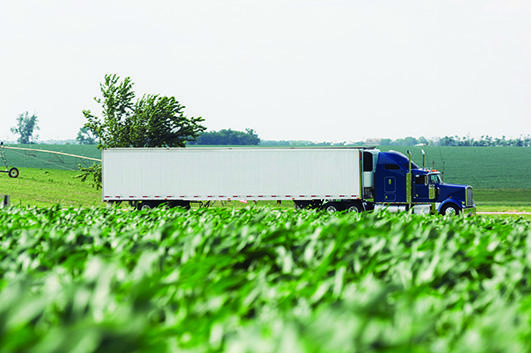 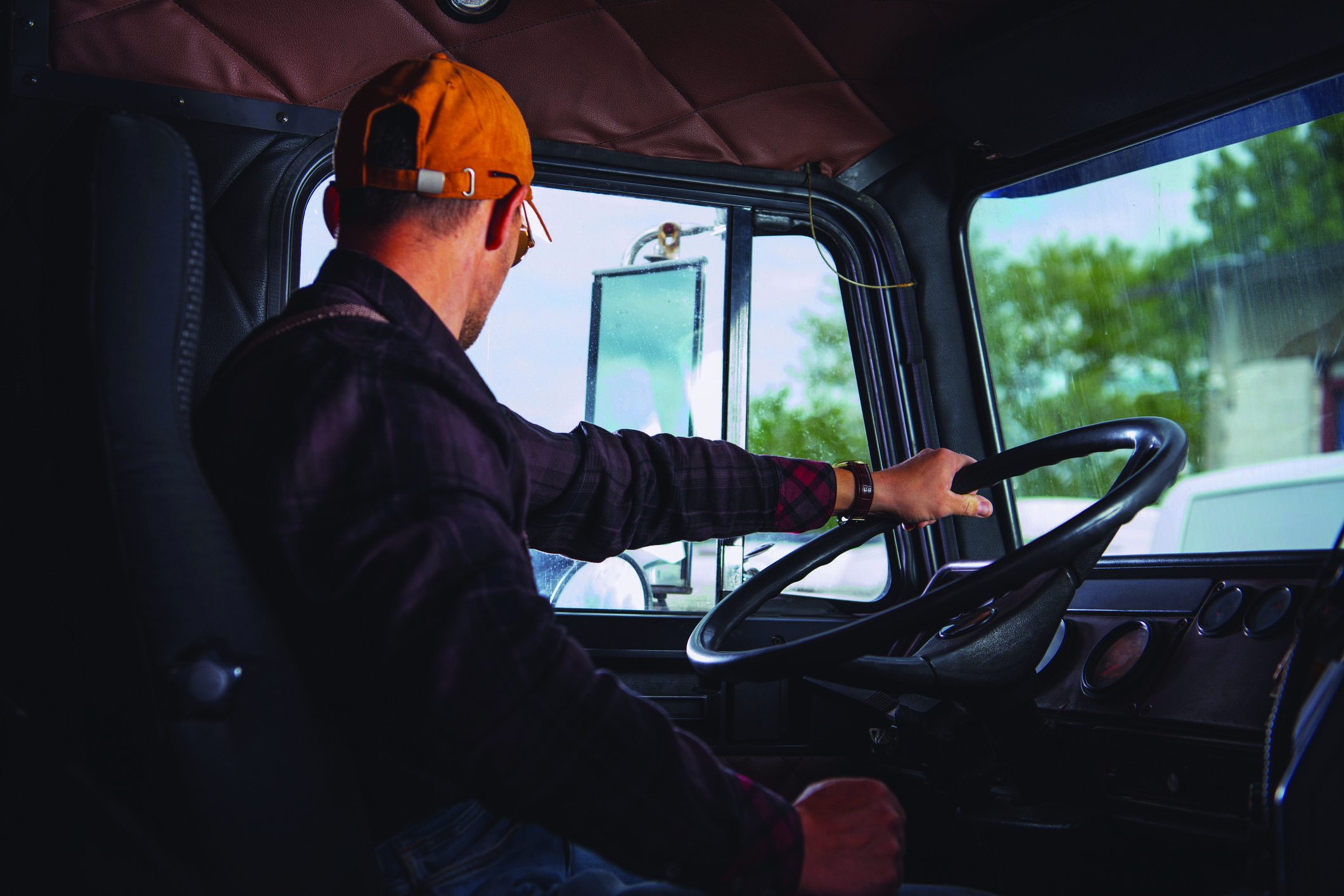 Farms and agricultural businesses that employ truckers are struggling with a critical driver shortage complicating supply chains that carry grain, produce and other agricultural goods from fields to consumers. (Photos courtesy Getty Images)

Bill Jeans said last week he’s been trying to hire one or two truck drivers for several months with no success. Good applicants to Dividing Farm Trucking in Cecil County, Md., are few, and he wondered out loud last week why it’s been so difficult to recruit.

Was it the fact that so many drivers he’s spoken to take issue with the dust and dirt (and manure) they will haul for his clients? Their allergies, as some have said?

Do young people think they’re too good for the work?

Was it the difficulty of insuring new drivers? Was it some combination of these and other issues?

“Honestly, I don’t even think the job is that hard,” he said. “I don’t know why it’s so hard to find people.”

Jeans, who owns seven trucks, isn’t alone. Farms and agricultural businesses that employ truckers are struggling with a critical driver shortage complicating supply chains that carry grain, produce and other agricultural goods from fields to consumers. The vast majority of U.S. produce shipping routes to major cities nationwide — including Baltimore — are operating with trucking shortages, according to a June 15 report by the USDA’s Agricultural Marketing Service. Reasons for these shortages have varied.

An April report by the California Farm Bureau Federation suggested that many truckers were wary of contracting COVID-19, a problem that could abate as the national vaccination rate rises. The seasonal nature of agricultural trucking was also cited as a drawback in an emerging economy where booming e-commerce outlets are competing for full-time drivers.

The rising age of the average trucker — somewhere in the early 50s — suggests younger generations are ambivalent to the industry, and even if they were interested it might be difficult to find work. Insurance companies have imposed more stringent requirements on prospective truckers, said Tommy Leaverton, co-owner of Woodbury Transport in Queen Anne’s County, Md. Due to safety concerns, many companies will not insure prospective truckers unless they have two to three years of experience, a frustrating Catch-22, he said.

“You just took a pretty good chunk of drivers out of the pool that you could even consider,” he said. “How is someone supposed to get experience if you won’t let them drive without it?”

Leaverton, who also grows up to 3,000 acres of corn and soybeans, said he tells such applicants to get that experience working for massive trucking firms that self-insure and don’t have the same restrictions. The American Trucking Associations, based in Arlington, Va., pointed to insurance qualifications as a significant contributor in a 2019 report analyzing the trucking shortage. The same report projected that the industry would need to hire roughly 1.1 million new drivers by 2029, mostly to replace retirees. It also projected the yearly shortage of truckers to rise from 60,000 in 2019 to 160,000 in 2028.

Tightening federal regulations have also driven some older truckers into retirement early, Leaverton said. Fleets were forced to install electronic logging devices — similar to black-box recorders on airplanes — in all long-haul trucks in 2017. The hardware keeps precise track of each truck’s hours of service, which are strictly regulated by the federal government. Many drivers felt watched, not only by the federal government, but by their employer as well, Leaverton said.

“I had a job that was pretty open, now all of a sudden I’ve got Big Brother sitting in the car watching me all the time,” he said. Leaverton said he didn’t like the devices even if they could theoretically make it easier for him to monitor his trucks. “I feel like it’s been shoved down our throat.”

There are fewer restrictions on agricultural truckers working locally. Ray Greenstreet, owner of Greenstreet Gardens in Anne Arundel County, Md., hires them for his garden center and landscaping business. But the same labor issue exists, and he said it’s even difficult to find trucks to lease.

“Everybody wants trucks now,” he said. “There’s such a demand for moving the (supply chain)… and all of that’s got to be moved by trucks. It’s just this huge gap in inventory and supply and demand.”

Since Greenstreet buys an enormous amount of garden products, he said he sees firsthand how the shortage affects growers and retailers. He now buys in larger quantities than usual to ensure he’s never short of inventory, which, could lead to too much inventory if the sales aren’t there. The shortage has also forced him to embrace a larger array of brands.

“Our inventory looks like we’re buying from everybody in the world out there, and we’ve had to do that because we’re filling in the gaps,” he said.

Greenstreet said he believes the federal and state governments need to do more to encourage people back to the workforce.

“Finding office help this year has been difficult, which we’ve never encountered before. Every landscaper I’ve talked to would give their left arm for additional workers,” he said. “Now we’re all competing for a much, much smaller (group of job applicants). We’ve got to get people back to work.”

To address the shortage, trucking industry leaders have been pushing Congress to support the DRIVE Safe Act, which would bolster safety training for drivers younger than 21 years old. If they have a CDL license, they’re currently permitted to drive within their state, but it’s illegal for them cross state lines. The bill would require those drivers to notch 400 hours of driving time, including 240 hours with an experienced driver riding shotgun. If passed, a flood of younger drivers would be available to help lighten the industry’s load.

Jeans said he’s thankful for the four drivers who work for his tight-knit company.

“Everywhere you go you see signs for ‘Drivers Wanted’,” he said.

Leaverton said he feels the same way — provided it stays that way.

“Short of somebody getting killed or hurt, my worst day is to come in and find out one of my drivers has given notice, and I’ve got to find another driver,” he said.